For some time now, "mystery booms" have been reported persistently in various parts of North America. Often accompanied by noticeable shaking and, at times, even property damage, in many cases the exact cause of these unusual, earthquake-like phenomena remains undetermined.

Among the most recent locales to be affected by the mystery quakes is the village of McAdam in southwestern New Brunswick, Canada, which has been plagued by an unusual number of earthquakes in recent weeks. According to sources in the area, more than 20 earthquakes have been reported in the last month alone, and with no identifiable cause--seismic or otherwise.

The current earthquake “swarm” is similar to circumstances that occurred in the region in early 2016, when dozens—perhaps more than 100—similar quakes were reported in the same area. Many homeowners have described quakes that shook their homes at night, waking some residents; a few claimed that windows in their homes were even broken as a result of the mysterious shaking.

Prior to the events of last month, there had been no reports of similar incidents since the previous wave of earthquakes in 2016. When they do occur, many residents also describe hearing loud “booms” with the quakes, which have been compared to the sounds of a gunshot, only louder. However, seismologists with Natural Resources Canada confirm that there are no faults in the area, and hence it seems unlikely that the shaking and booms are associated with traditional sources of earthquakes.

New Brunswick is not the only region being affected by the unusual phenomenon. NBC affiliates out of San Diego, California, also reported on a recent series of rumblings that had residents taking to social media, with some describing "a strong rumble that shook their homes Monday morning." 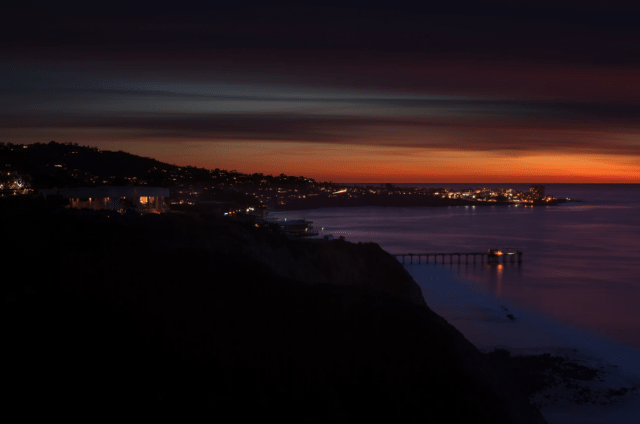 However, scientists with the United States Geological Survey said there was no indication that an earthquake had occurred.

Last November, a similar incident prompted some scientists to propose an alternative explanation. According to a group of researchers at the Center for Scientific Research and Higher Education in Ensenada, a variety of meteorological phenomenon that occurs when hot and cold air "masses" converge may also result in shaking at ground-level. Nonetheless, physical evidence for this as a cause behind California's mystery booms remains elusive.

Sputnik News also reported on recent reports of mystery booms that have occurred in Ohio, where it was reported that shaking and thunder-like noises, "left many scared to see their floorboards shaking and pieces of their homes starting to break off the foundations." Video uploaded to YouTube which reportedly captured footage that coincided with the booms have spurred theories about their cause, with many suggesting underground bases or facilities "in preparation of World War III."

All fearmongering aside, the mystery booms are nothing new. A possible variety of causes have been determined to cause perceptible booms that can be heard--and felt--across great distances, which range from high-altitude "super thunderbolts," to atmospheric refraction which carries the sound of booms from far away across great distances, as was determined with booms heard for years near Mother Lode, California.

Along with New Brunswick, Canada, and California, a number of locales have seen reports of the booms in recent months, ranging from, South Carolina and Georgia (areas where fault lines do exist). Mystery booms have even been reported as far away as Great Britain, and as with their American cousins, many of the incidents occur in the absence of any indication of seismic activity to accompany them.

For those interested in reading more on the natural and manmade causes associated with reports of mystery booms, a collection of information can be found here, as well as at this page (compiled by the author) which lists their various known causes.

Diamonds from Almahata Sitta Meteorite May Be Evidence of Lost Planet