Which concept is more believable (or unbelievable) ... that the Milky Way galaxy has wandering supermassive black holes or that supermassive black holes (wandering or otherwise) could be hiding advanced alien civilizations? Both concepts have been seen in models and both could someday have an impact on Earth. Is it too soon to either run or put out a welcome mat … or both? 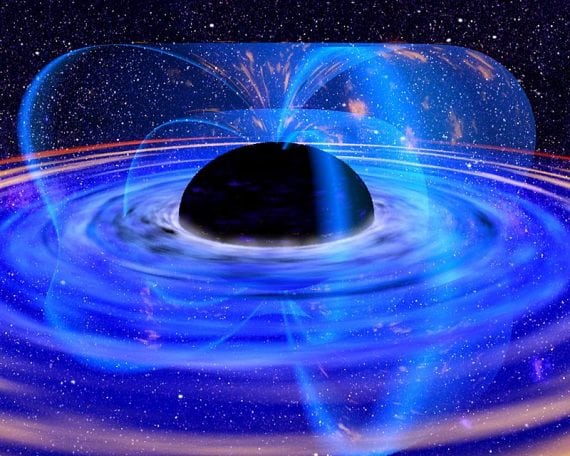 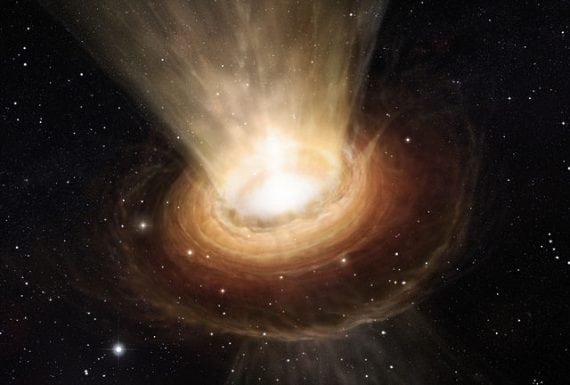 Study lead author Michael Tremmel (who summarizes it in this video) reports that researchers from Yale, the University of Washington, Institut d'Astrophysique de Paris, and University College London used a new simulation model appropriately named Romulus (one of the twin founders of Rome) to predict the existence of these wandering supermassive black holes – appropriate because the secondary wandering holes are likely the result of the incomplete merging of two galaxies where the bigger SMBH didn’t assimilate the smaller one. The smaller SMBHs, being too far out to absorb gas and generate radiation, are invisible, but could still be deadly to a nearby star and its planets. Like us?

“It is extremely unlikely that any wandering supermassive black hole will come close enough to our Sun to have any impact on our solar system. We estimate that a close approach of one of these wanderers that is able to affect our solar system should occur every 100 billion years or so, or nearly 10 times the age of the universe.”

The amount of money wagered on lotteries shows how little humans respect long odds, but something far different that annihilation might also occur if our solar system is approached by a SMBH … alien contact. With the news of the wandering SMBHs, it's worth revisiting an older report where Russian cosmologist Vyacheslav Vyacheslav Dokuchaev at Moscow's Institute for Nuclear Research and the Russian Academy of Sciences proposed that supermassive black holes are so large, their centers may have enough space that their gravitational pull is less, allowing for planets to potentially exist. And not just planets, but also …

"We hypothesize that the advanced civilizations may live safely inside the supermassive black holes in the galactic nuclei being invisible from the outside." 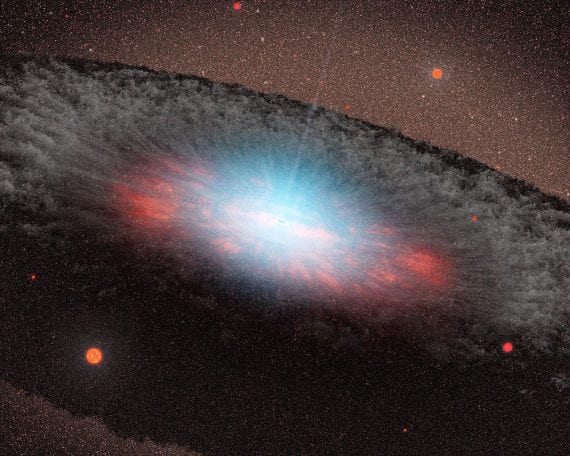 Really? Dokuchaev says supermassive black holes have two ‘point of no return’ event horizons with a space between them.

"The naked central singularity illuminates the orbiting internal planets and provides the energy supply for life supporting. This internal black hole domain, hidden by the two horizons from the whole external universe, is indeed a suitable place for safe inhabitation."

REALLY? Dokuchaev admits that this advanced civilization would have to be advanced enough to deal with “huge tidal forces and massive energy densities … [and] causality violations, where the rules of space-time don't apply.” If they’re so advanced, why don’t they move to a better galactic neighborhood?

So, a simulator shows that supermassive black holes are wandering the Milky Way, a Russian cosmologist says they may contain advanced life forms, and the odds of either getting close to us are worse than the lottery … but not impossible.

What do we know for sure? Supermassive Black Hole is already a great song and the Naked Singularities would be a great name for a band.

Jeff Bezos is Helping Build a “10,000 Year Clock” in the Sierra Diablo Mountains