Last weekend, I spoke at the first Southeast Texas Bigfoot Conference on the extremely controversial issue of Bigfoot and "Wild Men" in the U.K. Most people laugh at, or outright dismiss, the possibility that numerous hair-covered humanoids could exist in the U.K., and without ever getting caught or killed. Admittedly, they have a good point. But, some cases and tales do seem to stand the test of time. Although, many of the creatures that appear in such tales - which date back centuries - may not be what people assume them to be. I'll explain what I mean by that.

Robert Newland and Mark North are the authors of an excellent book titled Dark Dorset: Tales of Mystery, Wonder and Terror. In their book, the pair say that legends from the English county of Dorset tell of strange and sinister Woodwoses inhabiting the woods of Yellowham Hill, which is located near to the town of Dorchester. And, if you're not familiar with the term "Woodwose," here's a bit of background information from Paranormal Encyclopedia: "Woodwose is a mythical bestial creature resembling the Sasquatch, AKA Bigfoot, of medieval Europe. The term 'Wuduwasa' is the Anglo-Saxon version. The Woodwose is believed by some to be the link between modern humans and their ancient ancestors...Unlike the Bigfoot, the Woodwose is not thought to be ape-like, but rather more human-like." 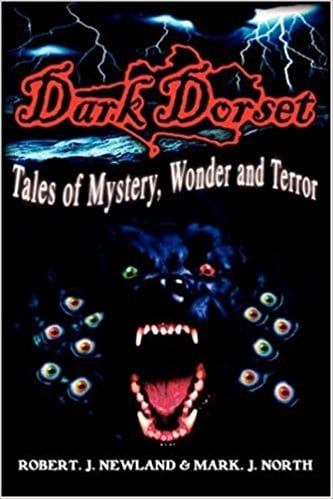 According to the old legends coming out of Dorset, the wild men had the regular habit of abducting young girls from the local villages, many of whom supposedly ended up pregnant during their time spent in the company of the Woodwose. One such incident befell a particular young girl, who, when questioned by magistrates about the nature and name of the father of her impending child, replied: "Please your worshipfuls, ‘twere the Wild Man of Yal’ham."

No one should doubt the possibility – perhaps even the probability - that this may simply have been an ingenious ploy on the part of the girl to try and protect her unknown, very human lover from the scalding wrath of her irate father! Or, perhaps, on the other hand, Woodwose really did once inhabit the thick woods of Dorset. And, in view of the many and varied hairy man-beast encounters that have been reported from all across the British Isles for centuries, we might well ask this important question: Are the woods of Dorset still, to this very day, the domain of the Woodwose? Are they responsible for such reports of British Bigfoot today? The questions are as outrageous as they are thought-provoking. But, the tales just might have a basis in fact - even if it's fact that has been stretched and altered to significant degrees.

There is one other matter worth noting in relation to the words of Mark North and Robert Newland. If the Woodwose were truly Bigfoot-style entities, then they surely would not have been able to successfully mate with Homo sapiens. If, however, they were merely human beings who, having reverted to wild lives and states, subsequently developed excessive amounts of body hair as a result of near-starvation, then getting the girls of the local villages pregnant would not have posed much of a problem at all. While the wild men may have looked somewhat unusual, their genetic make-up would have been perfectly compatible with the girls, because for all intents and purposes, they were of one and the same, precise type.

This scenario is not at all out of the question. For example, there is a condition which causes a person to grow fine hair on their body. It is called Lanugo Hair and it often appears on the faces and bodies of people with anorexia and bulimia. But, it's very possible that the wild men of Dorset developed such hair as a result of starvation, rather than from a desire to be skinny. If that really was the case, then they just might have been responsible for at least some of the centuries-old legends and which may have been absorbed into local folklore in an extremely altered fashion. A man living wild may have been perceived as a wild man. And not a real, mysterious beast in sight.

Mysterious Siberian Humanoid Statue is Older Than the Pyramids