Are you looking for an occupation with excellent job security? Have you considered the exciting field of spider watching? According to a new report, the world’s oldest spider has died at the age of 43 after being watched by the same arachnologist for its entire life. What are the benefits and is there any overtime?

"The research project was first initiated by Barbara York Main in 1974, who monitored the long-term spider population for over 42 years in the Central Wheatbelt region of Western Australia.”

According to the study about it published in the Pacific Conservation Biology Journal, the late arachnid was a 43-year-old Giaus Villosus trapdoor matriarch with a name unfitting of a world record holder – Number 16. In a statement announcing its demise, study lead author and PhD student Leanda Mason from the School of Molecular and Life Sciences at Curtin University honored both the record-setting trapdoor spider -- named for their insidious practice of building burrows with a prey-catching trapdoor made from silk, dirt and plant matter – and the researcher who spent decades watching it swing that door open and closed. 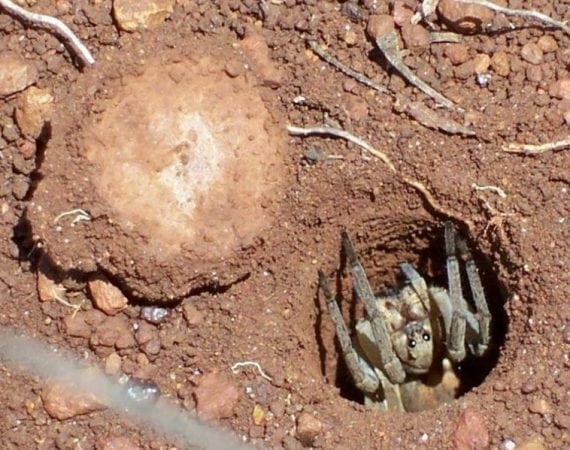 “Through Barbara’s detailed research, we were able to determine that the extensive life span of the trapdoor spider is due to their life-history traits, including how they live in uncleared, native bushland, their sedentary nature and low metabolisms.”

Trapdoor spiders are found throughout Australia as well as in the warmer areas of North and South America, Africa and China. While their natural enemy is spider wasps, the greatest destroyers of trapdoor spiders are humans who fear them because they’re big, (up to 4 cm (1.5 in) in length), venomous (although their toxin is merely painful, not dangerous, to humans) and smart -- they can build trap doors! What would happen if millions of them joined forces to build giant ones?

Fortunately, they're content to hide behind their trapdoors waiting for insects, frogs, baby birds, baby snakes, mice and small fish. In fact, only the males venture out of their burrows, for the sole purpose of – no surprise here – finding a mate. That made the 43-year job of watching Number 16 pretty easy for Barbara York Main, who is now 88.

“Through Barbara’s detailed research, we were able to determine that the extensive life span of the trapdoor spider is due to their life-history traits, including how they live in uncleared, native bushland, their sedentary nature and low metabolisms.” 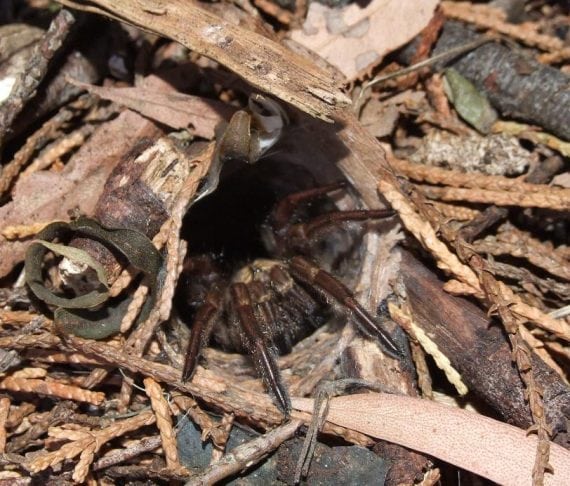 What a job! Watching a female spider that never leaves home even to mate or eat, is naturally sedentary and has a low metabolism. As any teenage girl will tell you, that sure beats babysitting. It pays better too. While being an arachnologist requires a college degree in wildlife biology or zoology, pay can range from a low of $35,600 and a high of $93,400 per year. Most of those are government jobs, with zoos and teaching as other options.

Other than the obvious potential to be bitten by a venomous spider, the biggest job hazard seems to be getting too attached to your subject. While Leanda Mason misses her former now-retired professor, Barbara York Main, she feels far worse about the death of Number 16.

“We’re really miserable about it. We were hoping she could have made it to 50 years old.”