Ufologists often make proclamations to the effect that, when it comes to UFOs, the Freedom of Information Acts of a handful of nations have failed to reveal anything of substance. Well, if they are talking about the likes of the Roswell affair of July 1947, they do have a point. It's very much the same when it comes to the matter of what's really afoot at Area 51 (or what isn't afoot, depending on your perspective): the doors largely remain shut. But, there's no doubt that there have been some highly significant releases of documentation. Check out the "Unexplained Phenomena" section of the FBI's website. It's packed with more than two thousand pages of UFO-related information, much of which details highly credible encounters involving military pilots. The CIA's declassified papers also contain a few intriguing gems. As do the Air Force's UFO files at the National Archives. 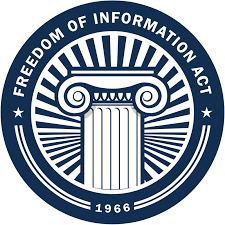 Other reports are interesting, but deeply puzzling. Let's look at one case from 1953 that definitely falls into that puzzling category - all thanks to the provisions of the United States' FOIA. It's a letter that was sent to the FBI on July 16, 1953, by someone who lived in Richland, Washington, and whose name is withheld on the now-declassified papers. One note: in the letter the source refers on several occasions to a "heliocopter." Of course, the person means a helicopter. So, I've corrected the spelling as it appears in the original letter. With that said, here's how the communication to the FBI began, back in '53:

"On the afternoon of July 15th, 1953, I had taken off the afternoon to entertain guests from Portland and was engaged in small talk about the various target shooting equipment I have accumulated. My guest and I spotted an object in the sky which appeared to be a large kite. We turned my 30 power Bausch and Lomb observation telescope on the object and it turned out to be a large sheet of brown paper at about 10,000 feet elevation. Having been impressed with the tremendous resolving power of the instrument we scanned the skies with our naked eye for other objects such as birds at high altitude. Our reward for this observation was most remarkable."

If the witness was not mistaken, then, yes, something "most remarkable" was seen. We then learn the following: "At about 14:30 hours we sighted a bright shimmering speck at very extreme altitude, perhaps 30,000 feet perhaps much lower. This speck hovered at a north azimuth to Richland of about 80 degrees. I tried to pick up the object in the telescope and while trying to locate it in the very small field, about 15 minutes angle, my friend located another similar speck a short distance away. At this time we were convinced that they were birds, but had not yet sighted one in the glass because of the small field. Suddenly one of the specks ceased hovering and darted off to the west and disappeared. Still not giving this much thought I continued to search for the original object. After about three minutes searching I was able to bring it under observation and held it continuously for a period of two minutes until 14:44 hours."

The witness tried to come up with a rational, down-to-earth explanation, although it was no easy task: "At first I thought I had found a large bird, but closer examination proved to be an unusual object. The first glances gave an impression of a helicopter with the rotor stationary, but I was soon convinced I had never seen anything like this before. No helicopter has wings too, nor hovers with a stationary rotor. I shouted to my guests and all four held the bright speck under observation until it eventually disappeared. As I examined the object in the glass very carefully it seemed as though the white parts were surface features of transparent disc-like body."

The witness added: "I cannot be sure as the object only covered about one fortieth of the diameter of the field, which would make it about 20 seconds of arc; it was either very small or very high. At no time did any part appear to rotate, but the helicopter like arms, four in number, appeared to be surrounded by a thin vaporous ring about whitish blue in color. The attached sketch, showing the object as it appeared from the bottom will give you my last impression. Just as I had become convinced this was a radar target balloon made of transparent plastic, the object began to move. It moved at incredible speed toward the east disappearing on the eastern horizon in about 10 seconds. The latter motion could only be observed with the naked eye due to the tremendous speed."

The letter-writer concluded as follows and provided the FBI with information on his work with the General Electric Company: "I spend about 4 hours a week looking through this glass while target shooting and am confident that I observed a factual object of very unusual nature. As you will find upon examination I am a design supervisor in charge of the CA 512 R design encompassing some rather important aspects of the present expansion program, being designed by the Engineering Department of the General Electric Company. I deal strictly in facts, and hope you will treat this report factually. I am willing to enlarge upon this matter if called on to do so; no short description being adequate."

As this document (one of thousands) shows, the FOIA has led to the release of notable and thought-provoking papers from agencies of government. While I seriously doubt that anything of substance on Roswell will ever surface, we should not dismiss the material that we do have. A great deal of it goes far beyond reports of mere lights in the sky, mis-identification or hoaxes.

Ghost Sightings at the Royal Wedding?