When we think of stars, we tend to conceive of them of immovable, fixed objects, but stars travel through space just like planets and other objects do. The Earth and all the other planets in our solar system rotate around the Sun, but the Sun also rotates around the center of the Milky Way galaxy once every 225-250 million years. All stars orbit something. Well, except for certain “rogue” stars astronomer are beginning to discover. Rogue stars, also known as intergalactic stars, are stars which have escaped the gravitational pulls of their home galaxies and travel independently through intergalactic voids. Yeah, they’re pretty terrifying.

One particular rogue star, the dwarf star Gliese 710, is especially terrifying. It’s been known for some time that Gliese 710 will eventually pass through our solar system as it careens through the universe, potentially causing a lot of damage to anything unlucky enough to be in its way. Now, new calculations using the most accurate map of the stars ever created have revealed that Gliese 710 might arrive much sooner than we realized. How worried should we be?

Well, unless you’re an immortal or plan on becoming immortal, you shouldn’t be too worried. Based on the newest calculations, it turns out Gliese 710 won’t come crashing through our solar system for another 1.29 million years. Plenty of time to finish The Foundation series. 1.29 million years might sound like a long time, but the previous estimate was 1.36 million years - a difference of 60,000 years. Think how many people could escape in 60,000 years. Of course, that is if any people are left in the solar system at all. Hopefully humanity will have found a way out of this hellish simulation by then. 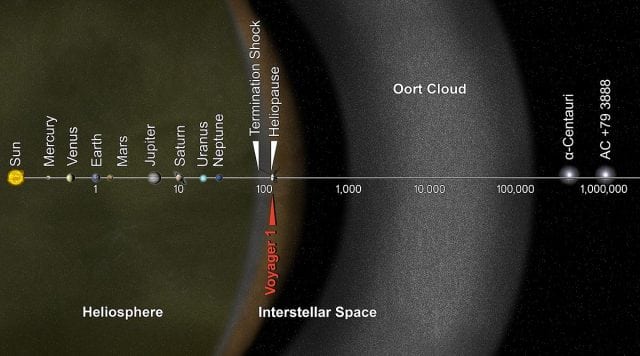 If not, Gliese 710 could cause a torrential rain of icy meteors to pelt the Earth into oblivion. The rogue star is set to pass through the Oort Cloud, a ring of icy comets, meteors, and planetesimals at the farthest edge of our solar system. This could potentially cause millions of asteroids to be ejected towards the center of the solar system, pelting unfortunate planets into Swiss cheese like a cosmic hailstorm. Maybe immortality isn’t so great after all.