A Weird Example of an Out-of-Place Animal

In my previous article, on Tyler Houck's new book, Buckeye Beasts (on 19th and early-to-mid 20th century accounts of Wild Men-type creatures), I noted just how useful old newspapers can be when it comes to the investigation of aging events and obscure incidents. Another perfect example of this came my way on the very same day that Tyler's book arrived in the mail. In this case we're talking about the baffling discovery of an extremely out of place animal; a case that was never solved.

The article appears in the pages of the Corpus Christi Caller and is dated January 14, 1955. Its title: "Animals, Texans Match Wits; No Decision Yet." The majority of the story is devoted to the discovery of something which turned out to be no insignificant, little creature. Had it been the likes of something small and not particularly notable, I would likely never have even bothered to write this article. But, we're talking about nothing less than a large tapir found in East Texas. It's a large creature that is most definitely not an indigenous resident of the Lone State. Indeed, they are found in Central America, South America, and Southeastern Asia. In other words, nowhere near Texas! 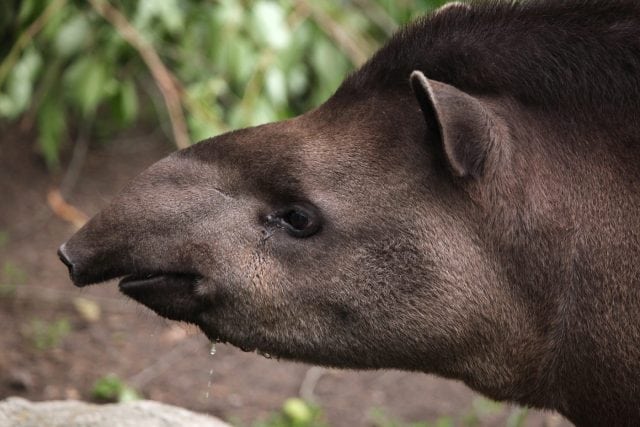 As for what, exactly tapirs are, there are the following words from the staff of the California-based San Diego Zoo: "The four tapir species are most closely related to horses and rhinos, since they have an odd number of toes (four toes on each front foot, three on each back foot). Their eyes and ears are small, and the body is teardrop shaped: tapered in the front and wider at the rear, designed to walk through thick vegetation. Male tapirs are slightly smaller than females. The tapir's nose and upper lip combine into a flexible snout like an elephant's trunk. It can be used as a snorkel when the animal is underwater and as an effective tool to detect odors wafting through the dense forest."

Precisely what such a large animal would have been doing roaming around Gregg County, Texas (which, incidentally, was also the site of a strange werewolf-like creature seen late one night in the summer of 1958...), is an issue that remains unresolved. Where it came from, too, is a mystery. The body of the unfortunate tapir was found in the local piney woods by a man named Jess Todd and his buddies.

The newspaper staff reported that: "[Todd] and his companions took a look at the strange creature, then left. Todd returned the next day, but the body was gone. He thinks somebody took it home to be mounted. The tapir is also described as 'nocturnal, shy and gentle.' Maybe he was playing possum." It was believed that the tapir had died of natural causes. The puzzle of the Texan tapir was never figured out.

Although this saga shouldn't specifically fall into the category of what is defined as Cryptozoology (the search for unknown animals), it's certainly a case well worth pondering on. And out of place animals - rightly or wrongly and like it or not - have definitely become a part of Cryptozoology. In the U.K., there are wild wallabies running (or bouncing) around. There are large cats the size of mountain-lions, too, in the U.K. Australia also has its very own Alien Big Cats. A friend of mine once saw a kangaroo in Ohio. Not in a zoo, but racing across a road outside of Dayton, and around 3:00 a.m. on a weekday morning in October 1998. 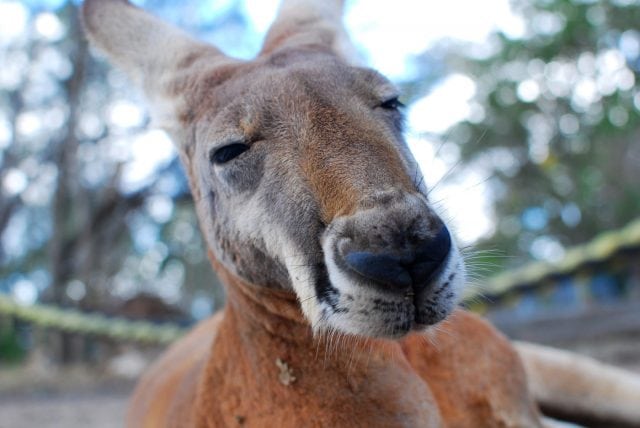 Of course, the bigger the animals are, the harder it is to figure out how they were able to suddenly appear in lands far removed from their original territories. The matter of the U.K.'s wallabies is an easy one to solve (see this link); the Alien Big Cats being much harder to explain. The Texas tapir? It's yet another mystery. Was there just one? Might there have been an entire group of them? Against all the odds, could they still be lurking and living in those piney woods? Maybe a road-trip to Gregg County is in order some time soon...

The Curious Case of the Mystery Laser from the Ant Nebula