There seem to be places in this world which draw to themselves strangeness in all of its forms. Whatever bizarre phenomenon it may be, these locations seem to to hold them fast, pulling them in with forces beyond our comprehension. One such place can be found sprawled out right through the center of the United States. It is by some accounts a strange realm offering a wealth of weirdness and especially seems to be a wellspring of UFO phenomena. It is the UFO Highway.

An interesting pattern was uncovered by a brother and sister pair of UFO investigators named Chuck Zukowski and Debbie Ziegelmeyer, of El Paso Colorado, over their decades of researching strange UFO phenomena including sightings, alien abductions, and cattle mutilations across the United States. At some point during their investigations of hundreds of cases they came to the startling conclusion that a good many of the incidents had occurred along a very defined line along the 37th latitude line, or 37th Parallel, which is a geographical designation that expands along the southern borders of Utah, Colorado, and Kansas, and the northern borders of Arizona, New Mexico, and Oklahoma, and in its entirety runs from California through Nevada, Colorado, Kansas, Missouri, Illinois, Kentucky and across to Virginia. He has said of this:

Back in 2006 I was looking at my cattle mutilation investigations - there were huge similarities between them all - most of them were laying on their right side, they’re laying east to west and then I noticed that lots of them were on the 37 degree latitude. I called my sister at midnight and I said, ‘Didn’t you have cattle mutilations on the 37 degree latitude in Missouri?’ And she said, 'Yes' and we started looking more into it. We soon realized it wasn’t just cattle mutilations – there were all kind of events. We we're up until 2:30 in the morning going through all these cases and started seeing these amazing patterns. I started to realize the cattle mutilations, UFO sightings and major events like Area 51 all lined up.

We have a paranormal highway going across the United States. From my research and investigations, the 37th parallel appears to be the main corridor of UFOs traveling across the U.S. 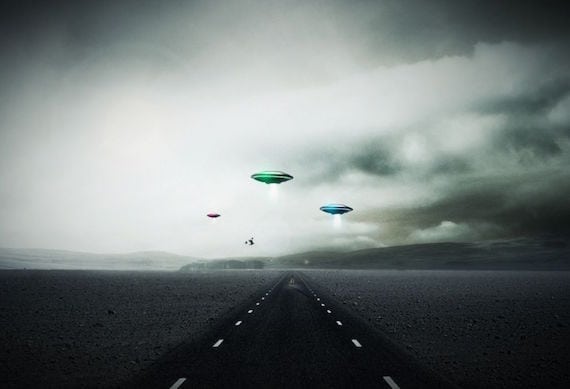 It makes sense in a way, as this particular latitude line has long been plagued with all manner of spooky unexplained phenomena. Of the most interest is perhaps the infamous Area 51 of Nevada, which lies along the 37th parallel, but there is also the supposed secret underground alien base at Dulce, New Mexico, as well as Taos, New Mexico, which is world famous for its inexplicable, incessant hum, and many other phenomena. Among the many reports along this line are numerous cattle mutilations and UFO sightings, including an actual alleged crashed alien spacecraft.

In 1941 a Baptist minister was called in to go investigate what was at the time thought to be a simple plane crash at Cape Girardeau, Missouri, along the 37th latitude line, of course, in order to perform last rite for any victims. When the minister arrived, he claimed to have seen not a plane, but rather a disc-shaped object half buried in the ground that was surrounded by the scattered bodies of thin, grey humanoids that were recognizably not human. The minister did a short prayer and was then reportedly led away by government personnel.

Another bizarre and spectacular report from along the 37th was that of a pilot named Captain Thomas Mantell, who in 1948 was flying in the region when he was apparently ordered to pursue an unidentified flying object over Owensboro, Kentucky. According to reports he claimed that he had flown up beside the craft and reported that he could see tiny, thin beings within, after which he mysteriously crashed his plane. The official government explanation was that Mantell had simply run out of oxygen, but conspiracies say that the UFO had something to do with it and that it was covered up. Adding to this are the numerous cattle mutilations, UFO sightings, and other phenomena such as the Joplin Spook Lights, which are strange balls of light that have been appearing in Hornet, Missouri since at least the 19th century. 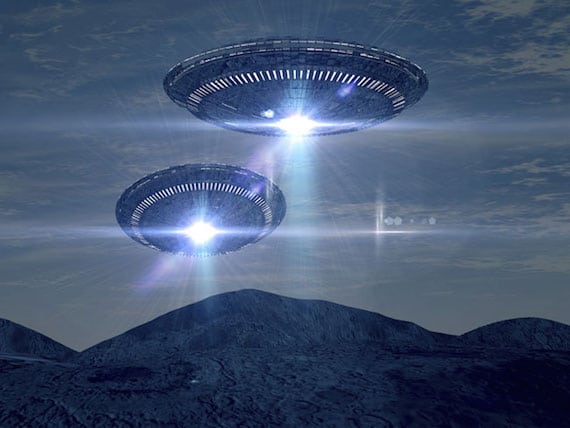 Due to odd cases like these and many, many others, Chuck Zukowski and his sister have come to the conclusion that this geographical line holds some sort of significance for UFOs, although what that could be remains evasive. One theory is that it is for whatever reason a convenient point through which they can enter and exit our world, and Zukowski has said of this:

The bottom line is the 37th latitude is like a UFO highway or paranormal highway across the continent. We seem to think that this highway is a major highway that these crafts use - they seem to exit and enter here.

Chuck and Debbie have continued to investigate strange occurrences along the 37th parallel, with Chuck going out into the field fully prepared and decked out in a tactical vest and equipped with a full-spectrum camera, a handheld metal detector, binoculars, a rangefinder, a firearm, and glass tubes for samples. It is a far cry from his original profession as a microchip engineer and former Sheriff’s Deputy, and it has earned him the nickname the “Mulder of El Paso.” Indeed, it was because of his investigations into the paranormal that he lost his job as a Deputy, as a result of “conducting paranormal and unidentified flying object investigations into animal mutilations and refusing to “refrain from conducting paranormal and unidentified flying object investigations, which could be viewed as a conflict of interest. 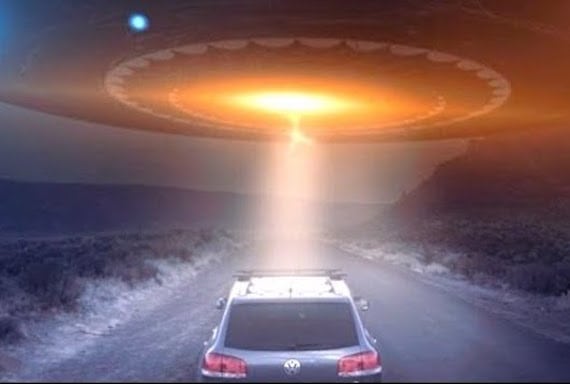 Chuck and Debbie have continued to investigate cases along this corridor of strangeness, and their activities have attracted the attention of researcher and author Ben Mezrich, who followed and studied the pair to craft his 2016 best-selling book The 37 Parallel: The Secret Truth Behind America's UFO Highway. Mezrich would say of his bizarre project:

The biggest thing with this was not seeing it as something bizarre and a joke, but instead treating it as a real subject. “Real” journalists can’t cover this topic. “Real” professors can’t study this topic. “Real” scientists can’t look at the materials and say, “Is this a UFO or is this not a UFO?” And so I think that’s part of what this book is about: the idea that it’s impossible to write about seriously. Over the course of my research, I’ve determined it’s incredibly likely that we have been visited by aliens at least once.

The book has done big business, and has even been picked up to be made into a film by New Line Cinema. Is there anything to all of this, or it this just more intriguing yet ultimately frustrating lore to add to the pile of the UFO phenomenon in general? Is there really some significance to the 37th latitude line, and if so what is it and why does it attract so much strangeness to itself? These are questions that continue to elude us, but perhaps the answers are somewhere out there to be found.