Aliens: Us From A Future Time?

Just about everyone has heard of Unidentified Flying Objects (UFOs), but what about Unidentified Future Objects? Alien encounters have been reported for decades. If there is one thing that the aliens are keen to tell us and have us believe, it’s that they originate on other worlds. But, are they being truthful with us? Might they really be time-travelers? In H.G. Wells’ classic novel of 1895, The Time Machine, an adventurous Londoner heads off into a dark future, where he clashes with cave-dwelling monsters, explores ruined cities and witnesses the final moments of life on Earth. In the 1968 movie, Planet of the Apes, Charlton Heston’s character, Taylor, an American astronaut, arrives on a nightmarish world run by a race of talking apes. Only at the film’s climax, as he stumbles upon the remains of the Statue of Liberty, does Taylor realize with horror that he has not set foot on some far-off planet, after all. Rather, he is home, 2,000 years in the future and after a worldwide holocaust has destroyed human civilization.

Then there is Michael J. Fox’s character, Marty McFly, who in the 1985 Hollywood comedy blockbuster, Back to the Future, travels through time to 1955. On doing so, he almost makes out with his then-teenage mom, comes perilously close to wiping out his own existence as a result of his time-traveling antics, and in single-handed fashion invents rock ‘n’ roll. And let’s not forget Bruce Willis in 1995’s 12 Monkeys. At least as far as mega-bucks movies and literary classics are concerned, the theme of time-travel is a spectacularly successful one. But what of the real world? Are time-travelers really among us? Is there a direct connection between the world of time-travel and that of UFOs?

Why is it that our “aliens” conveniently speak our languages? How is it that, with no trouble at all, they can they breathe our atmosphere? Why do they abduct us and use us in bizarre genetic experiments? Surely we are not physically and genetically compatible with creatures from faraway solar-systems? They assure us that we are indeed compatible. It all sounds far too convenient and carefully stage-managed. Maybe that’s because they are not from faraway worlds, after all. Perhaps, they are from right here, on Earth. Not our Earth (so to speak), but the Earth of the future; the distant future. An Earth that is in ruins and at a time when the Human Race is perilously close to extinction.

They travel into their distant past – our present – and engage in clandestine programs to reap DNA, cells, sperm and eggs as a means to try and save what is left of us, thousands of years from now. Keenly aware of the fact that the people of the 20th and 21st century held deep beliefs with regard to the concept of extraterrestrial life, they chose to adopt the guises of the alien things we believe in, as a means to camouflage their real identities. Could that be the shocking truth? 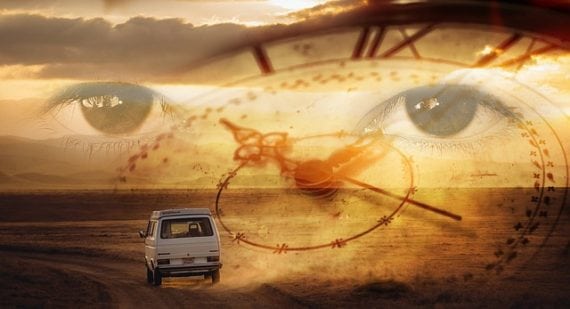 Formerly of the U.S. Air Force, and one of the key military players in the famous UFO encounter at Rendlesham Forest, Suffolk, England in December 1980, Sergeant Jim Penniston – in 1994 – underwent hypnotic regression, as part of an attempt to try and recall deeply buried data relative to what occurred to him during one of Britain’s closest encounters. Very interestingly, and while under hypnosis, Penniston stated that our presumed aliens are, in reality, visitors from a far-flung future. That future, Penniston added, is very dark, in infinitely deep trouble, polluted and where the Human Race is overwhelmingly blighted by reproductive problems. The answer to those same, massive problems, Penniston was told by the entities he met in the woods, is that they travel into the distant past – to our present day – to secure sperm, eggs and chromosomes, all as part of an effort to try and ensure the continuation of the severely waning Human Race of tomorrow.

“Time travel is not theoretically possible, for if it was they’d already be here telling us about it,” British physicist Professor Stephen Hawking famously said. And even if time-travel did one day become a possibility, it would be beset by major problems, claimed Hawking: “Suppose it were possible to go off in a rocket ship, and come back before you set off. What would stop you blowing up the rocket on its launch pad, or otherwise preventing you from setting out in the first place?"

Not everyone agrees with Hawking. One possible way of traveling through time is via what are known in physics as wormholes, a term coined in 1957 by theoretical physicist John Wheeler. The wormhole is basically a shortcut through both space and time; and although firm evidence for the existence of these so-called “time-tunnels” has not yet been firmly proven, they do not fall outside of the boundaries presented in Einstein’s theory of general relativity.

Then, there is the matter of the sinister Men in Black. They are perceived by UFO researchers as human-looking alien creatures or government agents, whose secret role it is to silence UFO witnesses, something that history has shown they are very good at. Maybe, though, the MIB are not the bad guys, after all. Perhaps they are “time-cops,” working to ensure that UFO witnesses don’t get too close to the truth – namely, the time-travel angle. After all, just about everything about the MIB is out of time. They almost always wear 1950s-era black suits. Their mode of transport – old-time Cadillac cars – is out of time, too. They have even asked witnesses, on more than a few occasions: “What time is it?”

Maybe they’re actually asking what year they’re in. Or even which century. Perhaps, in the distant future, little is known of our time. Maybe we destroyed ourselves and, as a consequence, the people of the future are tasked with repairing the planet and doing their utmost to save what is left of our species. Possibly, they have limited knowledge of our culture and even our fashions, apart from what they know from the pages of aging, crumbling old magazines from the 1950s. So, they adopt the attire they assume will allow them to blend in with the people of the 21st century, when, in reality, it’s the exact opposite. The MIB stand out like a sore thumb. Or, like a man out of time. 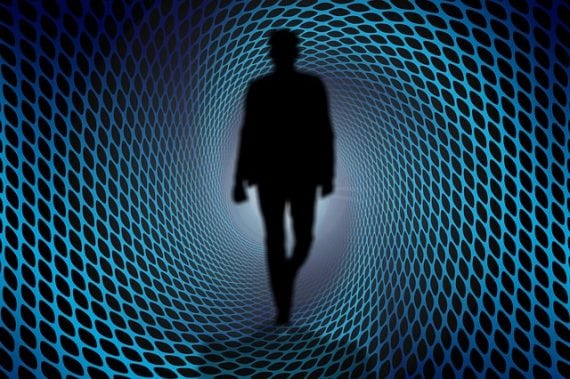 Paranormal researcher Joshua P. Warren comments on this link between time-travel and the Men in Black: “It could be that the Men in Black follow all this UFO stuff around; that’s their job. Not that they are causing these things to happen, but they’re alerted to it when there’s a dangerous timeline issue that needs to be corrected. They’re not necessarily the bad-guys at all; they might be doing damage control, and maybe that includes warning and silencing witnesses to protect the time-travel secret. They might be weird, and they might look weird, but their overall mission may be just to keep order and protect the timelines.”

Of course, we need to remain grounded on all of this. So far, there is no definitive proof whatsoever that we have (or have ever had) time-travelers in our midst. And, there's no evidence that UFOs are really time-machines. So, in other words, everything is very much theoretical and speculative - and just about nothing else. But, it doesn't hurt to speculate!