All the President’s Little Green Men: UFOs and the 2016 U.S. Election

What does the United States Government really know about UFOs, and are there secrets about advanced technologies that are being kept from the general public? If so, are these technologies of our own design, or has there been an unnamed source--possibly otherworldly--which can account for their presence on Earth?

As the old saying goes, "there's nothing new under the sun." In keeping with this, many in UFO circles--in particular advocates of greater transparency on such issues in government--argue that the United States could possess more knowledge pertaining to the UFO subject than it lets on. Further, it is argued that politicians who have attempted to get to the bottom of the mystery in the past have been met with resistance by those in upper echelons of the so-called "Deep State."

However, is there any truth to such claims?

Putting ideological attitudes toward this subject aside, there is some legitimacy to the idea. However, to understand the dynamics of the issue, it helps to look at a few notable examples, one of which comes to us as recently as last Friday, when something novel aired on History Channel's long-running and popular program, Ancient Aliens. In a departure from its usual running list of characters, former Hillary Clinton campaign manager John Podesta made an appearance on the show, discussing his candidate's long-time advocacy of greater transparency toward the UFO issue. 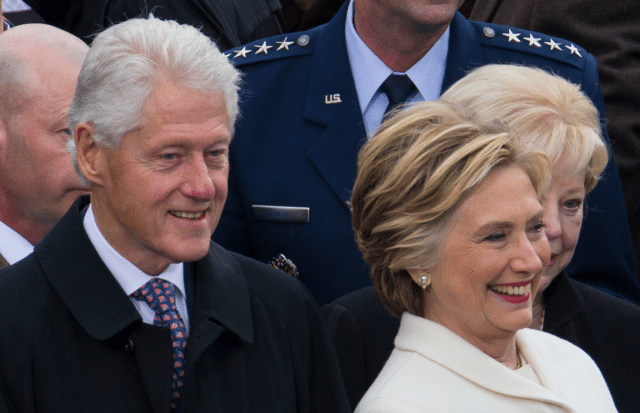 While much of the content featured on Ancient Aliens takes healthy liberties with what it presents as facts, it is true that Hillary Clinton has a history with the politics (or maybe exopolitics, as it were) of the UFO issue. This goes all the way back to when her husband became President-Elect, and the Arkansas couple were invited by Laurance Rockefeller to his ranch to discuss his interest in the subject; ultimately, this led to the establishment of the UFO Disclosure Initiative to the Clinton White House in 1993.

Also during the recent airing of Ancient Aliens, it was further noted that with the election of Donald Trump, a broader effort toward UFO disclosure was stifled in American politics. This also may be true to some extent (as we'll see in a moment), although the program's narration, as provided by other commentators appearing on the show, appeared to insinuate that there could have been something tantamount to a "conspiracy" that orchestrated the entire affair; in other words, that Clinton simply wasn't allowed to claim the presidency, since doing so might result in the release of UFO secrets to the American public.

In truth, all of this is a new iteration of a long-running narrative which holds that elected officials seeking the truth about UFOs have been repeatedly barred from obtaining such knowledge. The concept has threads that run all the way back to the end of the Second World War, and the supposed acquisition of alien technologies by the U.S. government. Many U.S. Presidents, including Eisenhower, Truman, and others of the postwar era, are implicated in such theories, although with the election of John F. Kennedy, they take on a more sinister tone. 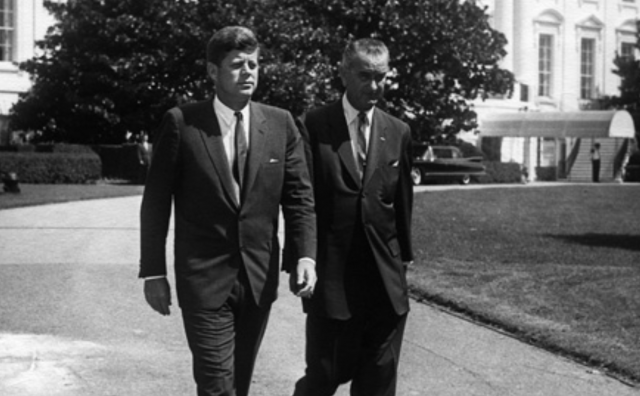 One such narrative, based on a memorandum sent to then-director of NASA James Webb, holds that Kennedy possessed knowledge about UFOs, and wished to have clear communications with the Soviet Union pertaining to what he called "the knowns and unknowns." This document, while legitimate, seemingly makes reference to unidentified flying objects and Kennedy's apprehension that the Soviets might mistake such objects for being U.S. technologies. A similar memorandum, dated just days before Kennedy's assassination, details his request to the CIA that he be briefed on these alleged "unknowns." Thus, many JFK assassination conspiracy theorists lump the UFO issue in with possible reasons for Kennedy's death, despite no clear connections that can be made between the two.

While the UFO subject can at least be tangentially linked to nearly every U.S. President, other notable examples include Jimmy Carter's request to then CIA Director George Herbert Walker Bush about UFO information, to which he responded that Carter, "didn't have a need to know for that information." Carter had previously observed a light in the sky that he couldn't identify while serving as Governor of Georgia; similarly, President Ronald Reagan once observed an object he couldn't identify while serving as Governor of California.

Returning to Hillary Clinton's interest in UFOs, prior to the 2016 election, her views on the issue were widely publicized following an appearance on Jimmy Kimmel Live! where she discussed the issue of UAP, as she termed it at the time, and that she and her prospective administration hoped to get to the bottom of it. Also during the 2016 election season, with the release of a number of John Podesta's private emails by Wikileaks, we learned that the longtime UFO advocate was apparently making allowances (despite the contentious election season) for meetings with other notable UFO advocates like Tom Delonge, in the months leading up to the launch of the former Blink 182 rocker's To The Stars Academy. 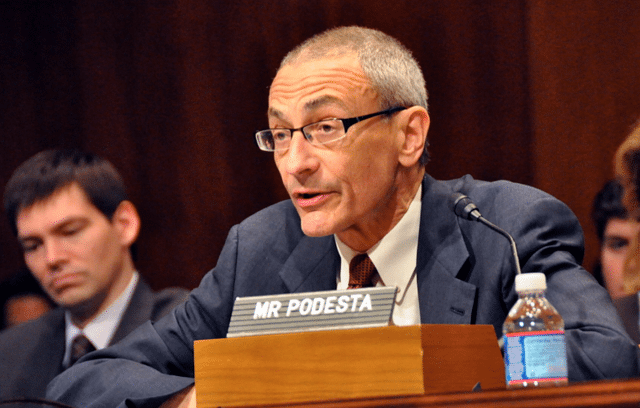 Much of the discussion in the recent episode of Ancient Aliens seemed to rely on the presumption that Clinton, if elected, would have been more successful at releasing UFO data than predecessors that included her husband, former President Bill Clinton. By itself, her election would have been no guarantee that such information--if it exists--would have been revealed. On the other hand, based on her past statements in relation to UFOs, we do know that she would likely have been more proactive in this regard than our current commander in chief, who appears to show no interest in the subject.

Understandably, some might dispute the "if it exists" caveat given earlier, and so to clarify on this point, it is meant to reference prior investigations by researchers like John B. Alexander, Ph.D., who found little evidence of government interest in the UFO subject (see Alexander's book UFOs: Myths, Conspiracies, and Realities for more on this). Granted, in light of more recent happenings, even Alexander's well-reasoned assessment of government UFO interest seems in contrast somewhat with news like last December's New York Times bombshell, which divulged a Pentagon UFO program; and one which, as researcher Paul Dean points out, seems to have at least a couple of different names.

Altogether, while it is certainly novel and noteworthy that someone of John Podesta's prominence in U.S. politics would appear on a program like Ancient Aliens, it's not entirely surprising, given his long history of involvement with the subject. However, to further assert that Clinton's chances of winning the U.S. Presidency were somehow prevented on the basis of her UFO advocacy is a baseless claim; one which builds onto an existing narrative that involves UFO secrecy in the United States, comprised of a few obvious truths... and a lot of rumor and hearsay.