Can astrology predict how likely you are to get fined for bad driving habits? Maybe. An Australian ride share company decided to study whether our astrological sun signs have any correlation with the number of fines we get for driving like jerks. It turns out there are some interesting trends both in terms of number of fines and the types of moving violations received. It's not the first time evidence of astrology with statistics and real world implications has been studied, and one has to wonder if a company which stands to make or lose money based off of people's driving habits may have a financial interest in proving if astrology is real.

The Australian company GoGet studied 100,000 of its members over the course of one million trips taken and cross-referenced the fines those members received with their zodiac sign. They found that there was, in fact, statistically significant differences in the number and types of violations GoGet members were fined for.

The sun sign that received the least fines, Libra at 30.9 fines per 1000 members, were around 40% less likely to be fined than Leo, which, at 42.7 fines per 1000 GoGet members, has the dubious honor of being the worst driving sign out of the zodiac, according to this study.

It's not an air-tight scientific study, but there are enough significant stats to be interesting. Speeding, for example,  mirrored the overall results with Libra and Leo first and last respectively. Leos are also most likely not to pay parking tickets. Not to let Libras off the hook, they were most likely to illegally drive in a bus lane.

Pisces was found to be the most likely to run a red light, while Virgo, which sits opposite on the zodiac chart was the most likely.  The full charts can be seen at GoGet's website.

Other studies have been done on the possibility of measuring astrological effects. French psychologist Michel Gauquelin, in the 1955 book The Influence of the Stars, claimed evidence for what he termed "the Mars effect." Gauquelin says that there is statistically significant evidence that the placement of the planet Mars in a birth chart is linked to success in sports. There are criticisms of Gauquelin and the mars effect, of course, but it continues to be debated and used as evidence for astrology. 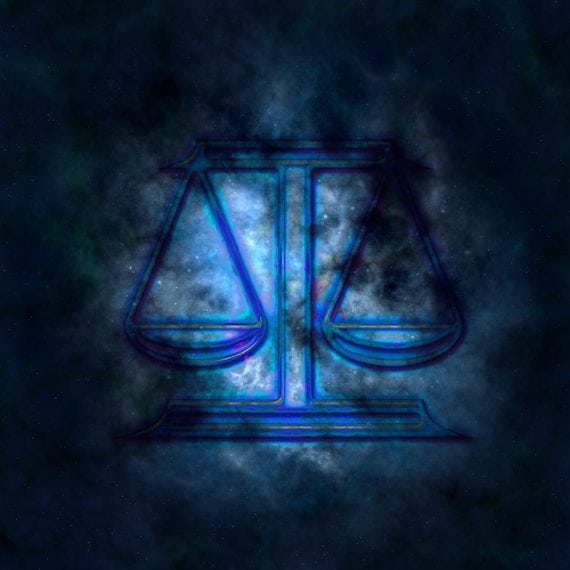 Libra, keeping it balanced and not driving like a jerk, except when it comes to bus lanes.For more astrological weirdness, we just have to follow the money. No, not hotlines and con-artists in sparkly outfits, but corporations. In 2011, it came out that a Chinese language training company wouldn't hire Scorpios or Virgos. In fact Virgos, have a hard time getting hired at all in China. In 2009, an insurance company in Austria was hiring for management and sales positions and would only hire those born under Capricorn, Taurus, Aquarius, Aries or Leo.

Is any of this actually solid proof of Astrology? No, of course not. Could it be? Sure. It could also be proof that insurance companies are people too, and have the same beliefs as others whether it's true or not. It's interesting though, and although the GoGet study used the incredibly simplified and stripped down pop-astrology seen in newspaper horoscopes, maybe it will lead to a more in-depth and scientific look at astrology in the future.

Pentagon, MoD Officials Dismiss UFOs Due to Belief They Are Demonic