Many unexplained mysteries center upon the roads and highways that stretch out across the land, from strange creatures lumbering out from the murk and unidentified flying objects, to ghosts, phantom vehicles, and everything in between. One species of weird phenomena joining the ranks of odd things that one may encounter upon dark, lonely roads of the world is that of vehicles that just seem to abruptly vanish into nothingness, simply there one moment and gone the next.

Cars vanishing into thin air without warning and right before people’s eyes seem to be actually a more common phenomenon than one might at first think, if various reports are to be believed. Indeed “Glitch in the Matrix” type threads quite often feature bizarre accounts of this happening, such as one report from a poster called “pixelpants” on one such forum on reddit, who gives his or her experience thus:

I was gathering up my dishes from lunch and saw a silver car being driven by a woman pull into my driveway. I was kind of surprised because a) I live at the end of a street and b) there's nowhere to turn around here. The minute I saw her pull in to the driveway, I walked outside, figuring she might be lost or just looking for a place to turn.

It takes all of 10 seconds to walk from where I was, to the outside. Even if by some odd chance she happened to back out of that narrow space, I would've seen her car continue down the road until she had enough of an area to back into and go straight.

But I walked outside and saw nothing. Absolutely nothing. She would've had to have had stunt-driver-level skills to try and turn around and speed off that fast, and even then, you'd have seen a trail of dust or smoke.

I'm just a bit shaken and a bit freaked out by it all. And before you ask, I'm not on any hallucinogens or anything that would make me see something. I get plenty of sleep. It's just absolutely the weirdest thing. I've never seen this car or the woman driving it. My neighbor's out here mowing his lawn as non-chalant as can be. 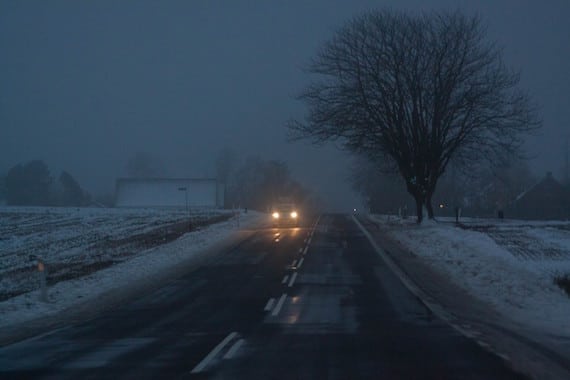 Just about as bizarre is an account relayed by another poster, who claims to have been on his way out of a one-way exit from his place of employment when something very strange happened as he pulled up to the stop sign. He claims that this road was technically for right-hand turns only, but that he would sometimes illegally go straight ahead to enter a road just across the street if no one was looking. On this occasion he says that a large black SUV suddenly pulled up behind him at the stop light, and he describes what happened next thus:

I get a bit nervous because I feel funny about people watching me ignore the right turn only sign and sometimes I just end up taking it instead of going straight for lack of judgement. Nobody is coming from either side and I really contemplate just turning right but last minute I just decide to go straight as I usually do and the car behind me could deal with it. So I hit the gas and start across the street and I see that the car is actually doing the same thing as me. Once we both are onto the road (it's a quiet road with mostly trees and maybe one or two houses further down), it's following behind me. I'm keeping my eyes on my rearview mirror at this car for whatever reason and in all honesty I BLINKED and the car was gone. Broad daylight, no driveways they could have turned into, just trees. I even looked to see if they had pulled over or something but no, the car was nowhere in sight. It literally just disappeared. And trust me, I searched through every possibility in my head about where it could have gone and there's just no way. Weirdly enough, I don't actually remember seeing anyone in the driver seat. I don't know if the window was tinted or what but that's something that kind of baffles me as well.

Off the very same thread is yet another unusual case, and this time the phenomenon was witnessed by two people. The witness, calling himself “whorl,” told of his peculiar experience:

So, I was driving home from school with my friend on my usual route, and at one point, we have to drive over a highway. There's a big hill kinda thing and right after the hill is a stop light which usually causes a lot of traffic. To the left is a dirt road separated from the street by a ditch. Anyway, as we're waiting in a long line of cars to get past the stoplight, my buddy notices a car driving on the dirt road in the opposite direction we're facing. I'm already a little weirded out at this point because first of all, I would have seen the car as we were going over the hill, and second of all, I had no idea where it could possibly be going, as the dirt road ends at the highway I just crossed over. I'm gonna point out now that it was a pretty distinguishable car, white and kind of old-timey. I don't know enough about cars to name a model or anything. At this point the light had turned green, and I made a left, looking back to see where the car was. It was not on the dirt road, nor in the line of traffic. I looked at my friend and disbelief and he just muttered, "what the fuck..." I have no explanation for this, and it was pretty unsettling. 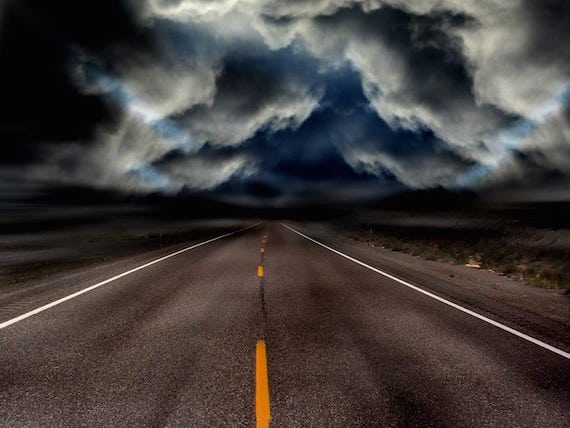 Adding to these various accounts of vehicles mysteriously disappearing into thin air in plain view is an account that appeared on ThoughtCo. and was relayed by a witness calling himself "Mike." He claims that in January of 2012 he met up with a friend in Clayton, Victoria, Australia, and that he had then headed home later that evening. At the time it was nearly midnight, and Mike claims that there were no other cars out on the road going in either direction, but that as he approached the shopping street he noticed that there was a vehicle that seemed as if it were fast approaching him from behind. He would say of the strange sequence of events that unfolded:

As I came up to the Chelsea shops along the road, I noticed in my rear and rhs mirror a vehicle slowly catching up to me, but still at a distance. I thought it odd that he would be slightly speeding, especially through the shopping strip as it has lit up road signs indicating 60 kph which change to 40 during the day. (We have a very low speed tolerance of 3 kph over the limit, and you cop a fine if caught.)

I could make out from the street lights that it was a four-wheel drive and towing a trailer. By the time we had reached the end of the shopping strip, the traffic lights at the intersection still remained green. At this point, as we passed through the intersection I was expecting the vehicle to be passing me, but glancing in my right-hand side mirror I couldn't see the vehicle and thought it was in a blind spot, so I looked over my shoulder and couldn't see it at all. Now, one might think he turned right at the intersection, but at his speed being 60ish or more, I don't think he would be able to turn this 90-degree corner in such a vehicle and towing a trailer, and he had just begun to gain on my right-hand side by this time. I couldn't comprehend what had just happened. One minute the vehicle has gained on me and the next gone!

Could I have disappeared these in my mind, or is there simple logic behind it all and just coincidence?

What is going on with reports like these? If they are honest accounts, then what did these people see? Are these just hallucinations, misidentifications, or mistakes of perception? Is it perhaps that some illusion has come into effect to merely make it seem as if the vehicle has phased right out existence? This has been recorded from time to time, such as the remarkably popular video of the vanishing car on YouTube that seems to warp right through a chain link fence during a police chase to drive off the face of the earth, yet was later explained as having just managed to slip through a gap in the fence and down an incline, which combined with the darkness to create the illusion that it had simply ceased to exist. Is something like this happening with the cases we have looked at here as well? Or is this indicative of something more mysterious, such as ghosts, time slips, or visitors from parallel dimensions briefly bleeding into our own through some thin spot? Whatever the case may be, of all of the many strange things that one can see out on the road at night, one that is certain to startle is a car blinking out of existence in an instance right before one’s eyes.

The Straith Letter: UFOs and a Hoax