As long as there has been talk of evil spirits, ghosts, and demons, there have been tales of ways to bind, subdue, and imprison them. It is natural for our kind to lash out at and try to control that which we do not understand, to subjugate and tame it. For many centuries there have been efforts to draw in and entrap demons, evil spirits, and other entities from beyond our understanding, and serve as a sort of a historical predecessor of the Ghostbuster ghost traps.

The idea of trapping and confining malevolent evil forces is not really a new one, and has been going on in some form or other for many centuries. In one notable example, in ancient Babylonia the Chaldeans, Zoroastrians and Jews often utilized terra-cotta bowls inscribed with magical spells from between the 3rd and 6th centuries, which were then buried face down at the four corners of the foundations of buildings. These bowls were said to ward off or ensnare evil in its many forms, casting off devils, demons, and malicious spirits, and were used in areas as varied as houses, official buildings, local meeting spots, farms, and even cemeteries. The mystical bowls themselves typically had etched upon them spells in either Hebrew or Aramaic, which were inscribed into a spiral down the sides towards the bottom. Christians would use these bowls as well, using ancient text in the Syriac alphabet, and they were actually pretty widespread beyond religious boundaries at the time.

Other cultures had similar objects meant to ward away or even imprison demons and evil spirits, such as the the ojos de dios or “God’s eyes” of Central America, the Dreamcatchers of North American Natives, the bottle trees or “haint” trees of the American South with bottles into which demons could not resist entering to become trapped, the demon traps of Tibet crafted from ram’s skulls, and many, many others. Natives of the Pacific Northwest would often employ hollowed out bones to capture evil spirits, after which the bones would be sealed off with consecrated moss or lichen. There have been various other totems, charms, and talismans that have been crafted by numerous far-flung cultures for the purpose of subduing such entities throughout history. 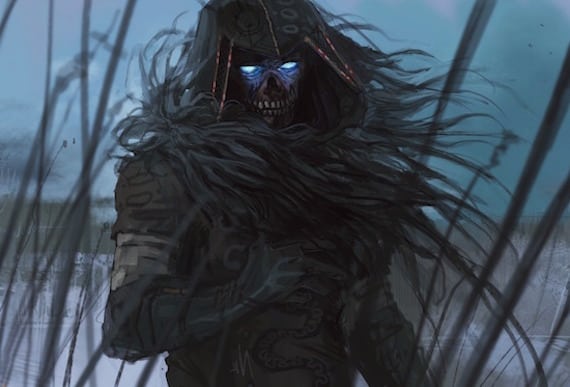 In Europe it was common to use spirit traps known as “witch bottles” to capture spirits. These bottles would be filled with hair, nail clippings, and the other physical traces such as blood or urine of a “decoy” to trick an evil spirit into thinking it had located someone it was after. When it entered the bottle the vessel would be sealed shut, adorned with glass and mirrors to keep the spirit imprisoned, and the whole thing buried and then burned, often at a point of running water. There are various versions of this, with some traditions requiring a binding ritual to be performed before the spirit can be adequately trapped within the vessel. Unfortunately, these same procedures are said to be able to capture human souls as well.

Demon traps were very popular as well in Medieval Europe, where fear and uncertainty made evil spirits and demons a very real thing for much of the populace. Such things were written of in the Old Testament of the Bible, where the legend of King Solomon states that a ring was given to him by the majestic Archangel Michael, inscribed with a magical seal and called the "Seal of Solomon." This magic ring apparently gave him the power to control demons, and has been depicted in some form or another in Christian, Islamic and Jewish culture. This would all evolve into the belief that roaming demons could be trapped and bound within certain objects, especially capitalizing on the fact that these entities were though to be quite stupid, and would follow bright and shiny things or certain symbols or artifacts to become thoroughly enraptured infinitely to their doom. 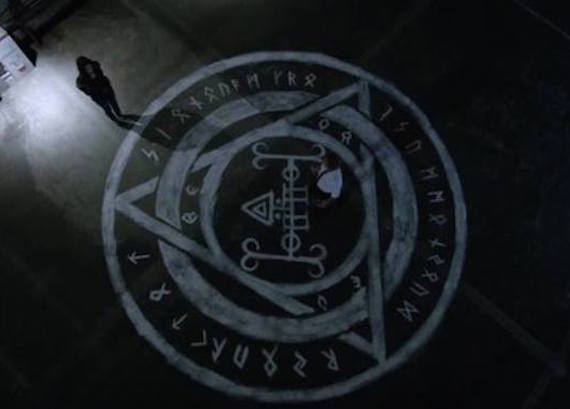 In many cases the demon traps of Medieval Europe consisted of symbols that would draw in a demon’s curiosity and then seal it in with a never-ending loop. These symbols would be designed so that any passing demon would be lured in to investigate, after which they would apparently be locked away within the symbol. Such symbols would be used in buildings dating all the way up to the 18th and 19th centuries, becoming almost a formality for any building or residence that did not want the unwanted attention of evil spirits and demons.

With such a long history, demon traps are bound to be unearthed from time to time in the modern era, and just this happened in 2014, when English archeologists pulled up the floorboards of a long abandoned house and found the place to be generously etched with carved intersecting lines and symbols indicative of the demon traps of the day. The finding was made at a stately manor called Knole, in Kent, England, which was acquired by the Archbishops of Canterbury in the 15th century and subsequently given to Henry VIII and remodeled in the 17th century. The manor is quite famous, as it was the birthplace of poet and gardener Vita Sackville-West and was also the setting for Virginia Woolf's novel Orlando, but these demon traps really captured the imagination.

The symbols and markings were unearthed by the Museum of London Archaeology, which was carrying out renovations on the structure, and were reliably dated back to the year 1606. This would have been at right around the same time that dissenters led by Guy Fawkes were planning to use terror tactics against King James I, and this may have been why the demon traps were laid, in order to trap this negative energy and the vile spirits it spawned. It has been speculated that the criss-crossed lines, marks and symbols were created by a craftsman in response to a visit from King James I in order to protect him from evil. They are etched upon the floorboards, beams, and other areas, in particular the bedchamber and around the fireplace, which was seen to be a witch’s weak spot. Whether any of this did any good, it certainly illustrates the belief of the time that these demons and malicious spirits could be captured or warded away with runes and symbols.

For as long as there has been belief in evil spirits and demons there have been legends that these entities can be warded off, controlled, or even captured. Since these myths span cultures and countries, it is worth thinking of whether there is anything to this all. Do these symbols and runes hold some power over creatures from another realm? Do they hold the key to banishing the evil that has plagued mankind and gone on to become a potent force in legend and folklore? What do you think? It is an interesting piece of mystical history that is rather little-known to the world, but which is pervasive nonetheless.

Harry and Meghan’s New Royal House May Be Haunted