Can Reading A Book Open A Paranormal Door?

That may sound like a strange title for an article. A very strange title, even. Is it possible that reading about the world of the paranormal can somehow expose a person to it? To many, it might sound like the stuff of fantasy. It may not be, though. There are more than a few cases on record where people have delved deep into a book on the domain of the supernatural, only to open a door to, well, something. David Weatherly shared a couple of examples with me - for publication - when I was working on my 2016 book, Men in Black. One such story came from a woman named Jane. She emailed David the following:

"Every time I start reading your book, The Black Eyed Children, electronics in my house go wonky. The first night the smoke alarm went off even though there was no smoke.  The second evening the timer on my stove went crazy. I never set it and never use it so that was weird; I didn’t even know what it was at first.  Then another time my garage door opened itself!  That one really freaked me out! Are other people having such weird things happen or is this some strange coincidence?  I’m interested in the topic but I honestly don’t want any black eyed kids showing up at my door!" 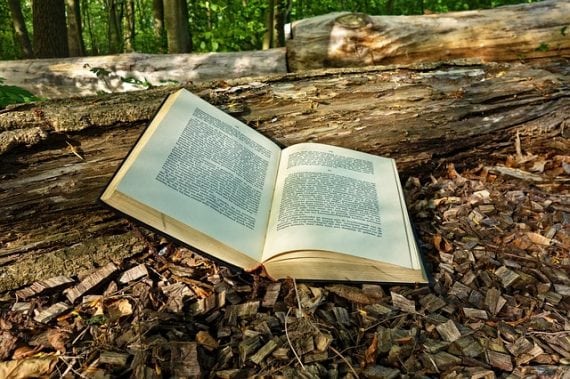 Then, there is Shannon from Illinois, who also contacted David and who shared her words with me: "For some reason, out of the blue, I suddenly found myself compelled by stories of black eyed kids. A friend told me an encounter that was supposed to have happened on a Marine base in North Carolina.  Even after a few days, I couldn’t get the story out of my mind so I decided to do some research. My husband and son had gone to bed, it was about ten o’clock and I wasn’t tired.  I started looking up information on the Internet about the BEKs.  Just as I was reading the Brian Bethel story, all the power went out. It came back on after a few minutes and I restarted my computer. I looked outside and wondered what had happened since the skies were clear.  I went right back to my research and again, right in the middle of reading through a website about the BEKs, the power went off."

Shannon concluded: "I went through the whole cycle again. The third time when I had started the computer and got to reading, the power flickered and the light bulb in my desk lamp exploded. It scared me so much; I jumped up and went to get in bed with my husband. The next day, I was home alone and decided to try again. Appliances in my house started to malfunction.  The microwave started beeping and nothing was in it. I finally had to unplug it. When I did, I still heard a beeping noise and realized that my alarm clock was going off too so I also had to unplug it to get it to stop. Once again, the computer went down as soon as I was on a website reading black eyed kid information. This time though, I was on my husband’s computer so I knew it wasn’t an issue with my computer. Since then, every time I start to research the black eyed kids, strange things like this happen. Part of me wants to leave it alone, but honestly, I can’t seem to help myself. I’ve decided though that I’ll do the rest of my research at the local library.  I guess I feel like maybe there’s safety in numbers."

In the latter part of 2017, a friend of mine, Sally, who like me lives in the Dallas-Fort Worth area of Texas, borrowed my copies of Nicolas Remy's Demonolatry and Francesco Maria Guazzo's Compendium Maleficarum. They are both in-depth studies of witchcraft. The very night that Sally began reading Remy's book, she had a traumatic encounter with one of the creepy Shadow People, who manifested in her bedroom in the early hours - and while she was plunged into a state of sleep paralysis. Sally is convinced that just the act of reading the book somehow "alerted" a supernatural entity to what she was doing. And, as a result, she was visited by a Hat Man-type shadow-figure. 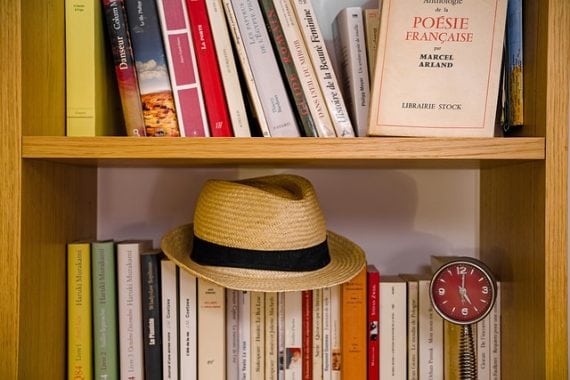 Then there's the matter of Albert Bender, the man who - in almost single-handed fashion - began the Men in Black controversy, in the early 1950s. Bender was someone who had a deep interest in the occult, one which predated his experiences with the MIB by almost a decade. It's a little known fact that Bender's first encounter with the MIB occurred just hours after he finished reading his copy of Kurt Seligmann's book, The History of Magic. Bender shared the story with a New Zealand-based UFO researcher, Harold Fulton, and - as far as I know - with no-one else.

Of course, some might say that all of the people above simply had bad dreams after having read supernaturally-themed books. Such a thing is not at all impossible. But, I have dozens of such cases on record, all of which suggest that reading about paranormal phenomena seems to cause it to manifest. In light of all that, beware of what you read...

The Passing of Brad Steiger