Chalk it up to the conspiracy theorist in me, but sometimes I think NASA removed Pluto's distinction as a planet so they wouldn't have to say they've found proof of "Planet X." It sounds less threatening to say "Planet Nine," especially when there's recent news of more evidence for a large, mysterious planet at the far edge of our solar system. Scientists are quick to say that this is not proof of Nibiru or any of the wild "Planet X" theories, but it is more strong evidence that a planet with 10 times the mass of Earth might hide just out of sight.

Astronomer David Gerdes of the University of Michigan is part of a team that published a journal article on May 14, 2018 which describes the strange orbit of a possible dwarf planet beyond Neptune. This mysterious extra-solar object seems to orbit the sun at a 54 degree angle away from the orbital plane of the other planets in our solar system. The object was found using data from the Dark Energy Survey, which seeks to measure the expansion of the universe via a probe high above (or below, it is space after all) the solar system. There shouldn't be anything there, but although Gerdes' team did not expect to find it, the strange deep-space object was precisely predicted by two astronomers at the California Institute of Technology, Konstantin Batygin and Michael Brown, who, in 2016, first argued for the existence of another giant planet in our solar system. 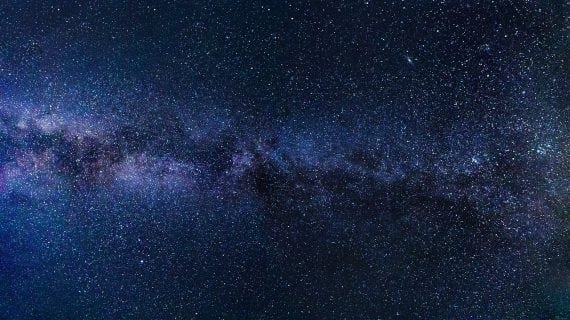 Batygin and Brown surveyed a group of objects in the Kupier Belt and found that their orbits all tended to converge on the same quadrant of space. They argued that since this is extremely unlikely to occur on it's own, there must be a a gravitational force pulling on the orbits of the Kupier belt objects. Specifically, the mass of something 10 times the size of Earth.

Using computer simulations, Batygin and Brown were able to predict what other effects this mysterious "Planet Nine" would have. They predicted that the Kupier Belt objects would slowly be pulled into a perpendicular orbit with the rest of the solar system, an orbit the object found by Gerdes and his team seems to be moving towards. Michael Brown says:

“There’s no real way to put something on an orbit like that—except that it’s exactly what we predicted from Planet Nine.”

How spot on were Batygin and Brown's predictions? Konstantin Batygin says the object found by David Gerdes fits with their model so well it could pass as one of their simulation's data points. Batygin says:

While this isn't absolute proof of "Planet Nine," the fact that this weird object's orbit was so precisely predicted by Batygin and Brown's model is pretty amazing. At the very least it suggests their argument might hold water and should be studied further.

What Exactly Are The Nessies?