UFOs seem to be attracted to volcanoes like flies to potato salad that’s been sitting in the hot sun all afternoon, so it was only a matter of time before one was spotted over Kilauea on Hawaii’s Big Island as it grows and spreads its lava outward. The wait is over as an individual has posted a photo of what he claims is a UFO over the volcano. Is it a spacecraft emerging, a drone observing or a bug bugging out before things get worse?

Pedro Ramirez is a self-described ufologist (per his Facebook page) from Mexico City. He posted his image of the alleged UFO over Kilauea on that page and in a video (of the still photo) on YouTube and it has since been picked up by various news and UFO sites like C. UFO M (Centro Ufologico Mediterraneo). He identifies the location where the photo was taken as the Punalu'u beach Black Sand Beach and the photographer was facing towards Kilauea, which is seen in the background with an “oval UFO” above it. In this case, the “photographer” was not Ramirez but a Google vehicle taking pictures for Google Maps. 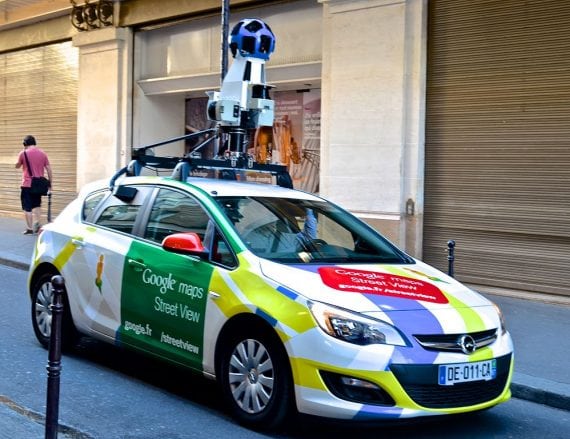 Without even looking at the UFO under magnification, that’s where the story begins to fall apart. The Google Maps photo had to have been taken long before Kilauea’s latest eruption last week. This could have been months or even years ago. That means there’s no photographer to question about the date, time, speed, was it witnessed or found later, and other pertinent information. All that can be ascertained from the first glance at the photo is that it doesn’t seem to be a rock expelled from the volcano.

So, what is it? Ramirez says in the video post that the object stays solid under magnification (magnified photos are in the video) so he believes it’s solid. That’s quite a leap. That fact that it appears to be an oval with nothing sticking out of it moves speculation away from a drone or a bird, but doesn’t rule out the infamous speck of dirt on the lens. It’s also unclear from the photo if the UFO was moving or stationary. 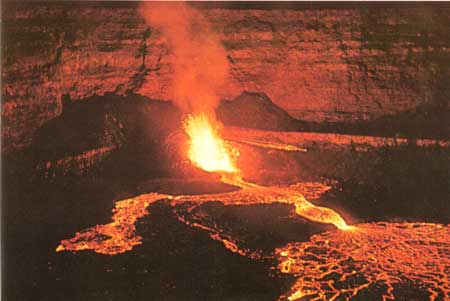 Ramirez’s claim of “a wave of reports of unidentified objects have arrived from the Island” may be true, but the Google photo doesn’t appear to be one of them. Unfortunately, other photos or videos haven’t seemed to surface yet so his is getting all of the attention and scrutiny. The theory that UFOs seen at volcanoes are aliens in spacecraft observing, possibly protecting or potentially refueling might apply at Kilauea, but the idea that volcanoes are doorways for ships to enter underground bases may not hold up here since Kilauea is a flattened ‘shield’ volcano and the openings are more like fissures than wide lava mouths.

With just a Google Maps photo to go on, the needle on this one is leaning towards drone, dirt or camera anomaly. Let’s hope this doesn’t make fire goddess Pele angry.