Just recently, while doing radio, I was asked what I would consider to be my personal, strangest top 5 cryptozoological stories. Well, it's a good question, as there are so many of them. Yes, many sightings of so-called cryptids amount to fleeting glimpses of things unknown. A long-neck surfaces out of a deep and dark lake, a hairy hominid walks through the woods and...well, you get the picture. But, there are some cases which are much weirder. So, let's take a lighthearted look at my favorite five sagas of the crypto kind, and which are presented in no particular order of significance (or lack of!).

I'll begin with a case from July 2017. It's a story that surfaced last summer from a man named Jimmy Wright. He was walking his dog on Crow Hill, Killearn, Stirlingshire, Scotland when he came across...something. At Facebook, Jimmy asked: "A land relative of 'Nessie' perhaps?" Well, over the decades there have been more than a few reports of the Nessies leaving the water, but this one really stands out in the sensational stakes! Indeed, it caught the attention of the U.K.'s media. Jimmy took a photo of the "thing" on the hill, which you can find at this link. A lake-monster having a fun-packed wander around the landscape? No. My suggestion for a name? Stumpy. Why? Because it's a tree-stump, that's why! No monster here, but definitely a few days of high-strangeness for the press! 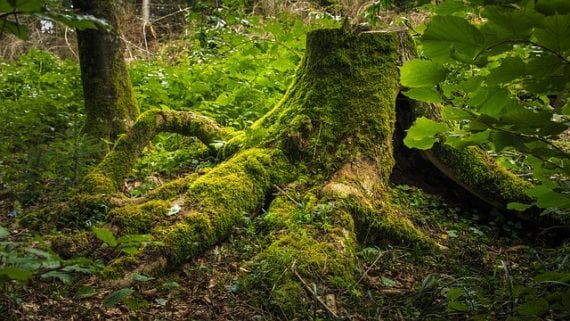 Back in the late 1990s, I interviewed a man named Barry Radford, of Devon, England. It's a part of the U.K. which has had a long history of sightings of ABCs. or, Alien Big Cats, as they are known. There are no large indigenous cats in the U.K. But, that doesn't stop people from regularly seeing cats the size of mountain lions, either tan or black in color. Barry was someone who told me a rambling and almost incoherent story of how the ABCs were actually extraterrestrial in nature, and that they were "deposited into" the wilds of Dartmoor, Devon and let loose to feed on the unfortunate sheep, ponies and small animals that lived in the area. Deposited by who? Aliens, of course. Barry's story was not unlike that presented in the 1987 movie starring Arnold Schwarzenegger, Predator. Barry was of the opinion that when the extraterrestrial ABCs were seen, they were, in essence, on safari. I thanked Barry for his story and carefully and forever avoided him from thereon.

Over the years I have had a handful of stories come my way concerning the legends of alligators living in the sewers of New York. Such stories go back decades. Most of the stories that I received were of the "My aunt/sister/next door neighbor once told me...etc., etc.,..." type. I have two stories - seemingly unconnected - from people who claimed knowledge of cover-ups put into place when, supposedly, such alligators had the munchies for workmen deep in the New York Subway system - one case from the 1960s and one from the 1980s. Frankly, as entertaining as the stories were, I think they are simple that: stories mixed with a large degree of urban legend. But, ones which may have been passed onto me by completely honest people. I have to admit, I find the idea of a "Project Alligator" to hide the truth of marauding monsters under New York to be very entertaining, and I wish it could be true. The story does, at least, entertain (but not for those who supposedly ended up as dinner). But, entertain is all it does. Alligator-themed X-Files and missing people? Nope!!

Tales of people interacting with Bigfoot on a regular basis make many cryptozoologists seethe and scream (I've seen them and I'm not exaggerating when I use the word "scream"). In 2005, I had extensive email exchanges with a woman who, at the time, lived in a wooded area in the northern Michigan woods. She claimed regular visits from a male Bigfoot named Pogar who she regularly fed with apples. Pogar, apparently, was a fan of apples and of nothing else. Bananas, pears, vegetables, meat? Pogar didn't want to know. It was apples or nothing. I asked how many he got through per day. Ten to twelve was the answer. That's more than 80 per week, and more than 300 per month. That's a hell of a lot of money to spend on a Bigfoot. I asked the witness if - to prove her case - she ever took a photo of Pogar having his breakfast, lunch or dinner. No, she did not. The Bigfoot don't like to be photographed, and particularly so when they are eating, I was advised. Oh well, I tried. 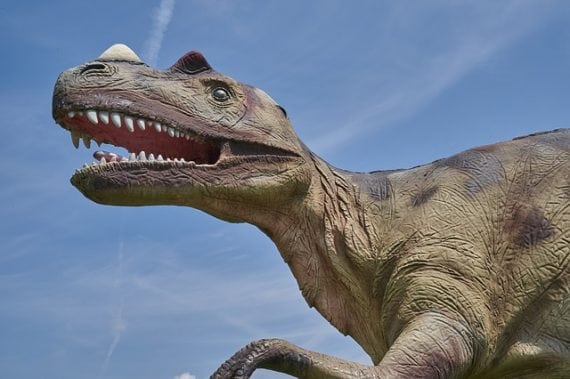 Finally, there is the matter of Dallas, Texas' real-life, rampaging dinosaur, which lived not more than a few minutes from the Grassy Knoll, where JFK met his end in November 1963. Yes, really. At least, that was the claim made about a decade ago. Good mate Ken Gerhard was in town and gave a great lecture to a local paranormal group on his research in the field of Cryptozoology. At the end of the gig, me and Ken were cornered by a guy who claimed that he had proof a T-Rex was on the loose, in Dallas, no less. As evidence, we were shown some of the blurriest, aerial pictures I have ever seen. Our informant was not happy when we responded skeptically (and that's putting things mildly!). He huffed and puffed and he was far from impressed by the fact that me and Ken were  far from impressed! He shuffled away and was never seen again.

Fountain of Youth for Dogs May Lead to One for Humans