By now, most people have heard about the eruption of the Kilauea volcano on Hawaii's Big Island and seen the videos of its lava consuming everything in its path, including one viral video showing it eating a car. Many are also familiar with the legend of Pele or Pelehonuamea, the ancient fire goddess who lives in the Halema'uma'u crater at the top of Kilauea and brings bad luck upon tourists who take chunks of her hardened lava until they return their stolen souvenirs back to her. Unfortunately, this won’t stop the current eruption. Nor will poking the lava (believed to be the physical embodiment of Pele) with a sharp stick, as Hawaii’s National Park Service has warned residents just trying to help. However, pictures from the island are showing bundles of a mysterious plant strewn in front of the lava flows. Can flowers do what a Ford can’t? 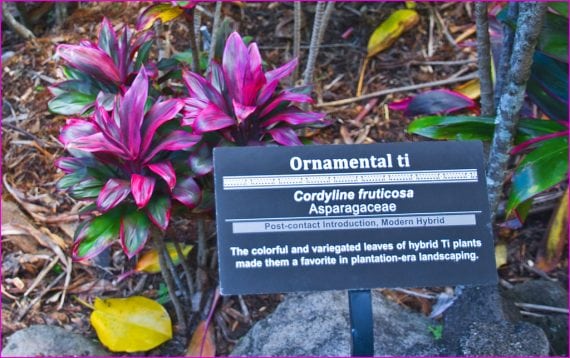 The leaves are from ti plants (Cordyline fruticose), a flowering plant in the asparagus family with large leaves (12–24. in long, 2-4 in. wide) and woody stems that are used for thatch roofs, wrapped around meat or fish before cooking, braided into leis, woven into shoes and clothes, distilled into a local liquor, and used as diuretic and antiseptic. They’re also planted around houses to ward off ghosts. Given its popularity, it’s surprisingly not a native Hawaiian plant but was brought by Polynesian settlers. It’s a good thing they did, because legend has it that Pele likes them.

While Pele, who is said to take the form of beautiful young pregnant woman or an old woman walking down the road, might be seen picking up the offerings, they may not be enough this time, as Dr. Lilikala Kameeleihiwa, senior professor at UH's Kamakakuokalani Center for Hawaiian Studies and an expert in Hawaiian cultural traditions, explained to a local news reporter:

"[An ancient ritual was for] a very high chief to take an offering of a pig and pray to Pele to ask her to stop. You don't see those things happening anymore."

Instead, you see power plants tapping into thermal reservoirs.

"A lot of people have opposed the geothermal well digging into her body; quite a desecration."

Whether you believe in Pele or not, drilling and mining are not necessarily a good thing for the land, as the fracking-generated earthquakes in the US mainland have shown. Dr. Kameeleihiwa, both a native and a scientist, believes there needs to be a balance.

"The elements are bigger, more important than us. Sometimes we think we can control them. We need to live in harmony with them."

The personification of Pele as a young pregnant woman symbolizes the lava cleaning away the old and preparing the land for the birth and growth of new life. 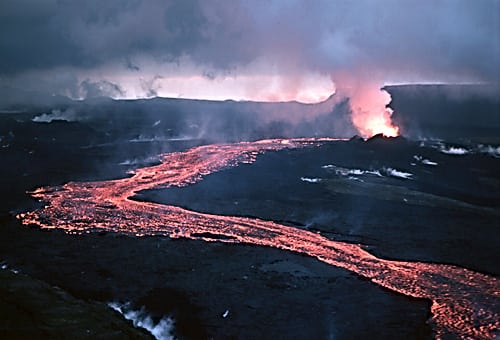 Maybe Hawaiians need to lay the ti plants in a path to the power plant.