Do you have a brain implant? If so, you may want to step away from the window during an electrical storm. A new medical report details the experience of a woman being treated for a mysterious nerve condition with deep brain stimulation whose implant was shut down by a lightning strike which also knock out her TV and air conditioner – which were her main concerns until she noticed the neck problem the implant was controlling suddenly returned. While this could be serious and possibly fatal, is this also a cure for abductees who suspect they were given implants? (Asking for a friend.)

The current edition of the Journal of Neurosurgery recounts the strange and potentially life-threatening experience of a 66-year-old woman in Slovenia who was suffering from neck dystonia – a rare and painful disorder where the neck muscles contract involuntarily, causing them to twist the entire head uncontrollably from side-to-side and front-to-back. The constant movement causes stress in the face, jaws, arms and other body parts, and bone spurs on the spine that result in numbness and weakness in the arms and legs. While medications and therapy can reduce the pain and symptoms, there is no known cure for the mysterious disease. However, deep brain stimulation – where a wire is inserted through a hole in the skull to direct electrical impulses to the part of the brain that controls movement – is effective in stopping the muscle contractions. This type of treatment helped the Slovenian sufferer for five years … until the lightning struck. 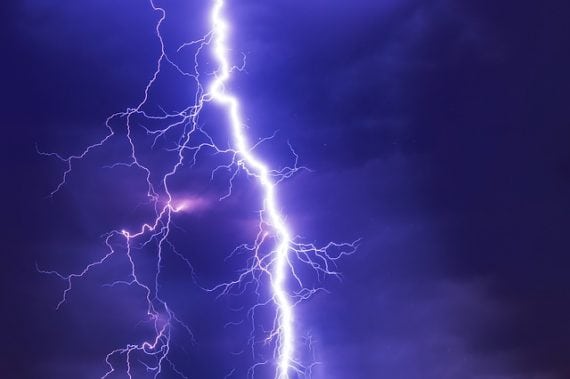 “The patient was not charging the battery of her IPG during the event, and the recharger for the IPG was disconnected from the power supply during the storm. The recharger and IPG were therefore not destroyed. The patient realized that something was wrong only 1 hour after the storm subsided, when the dystonic tremor in her neck reappeared.”

The patient was able to quickly get to a nearby clinic. The POR (Power On Reset) warning appeared on the device’s display but the battery had held its charge and nothing else appeared to be damaged. As every technical help desk operator will promise you, the system came back after hitting “reset” – immediately stopping the tremors and the subsequent pain.

Things may have turned out differently and probably fatally if she was charging the device during the lightning hit  by holding the recharger over her skin. Instead, it was the power surge in the air that knocked it cold. With these types of medical devices becoming more common, concerns increase for shutdowns by electrical interference. It’s not just lightning either. 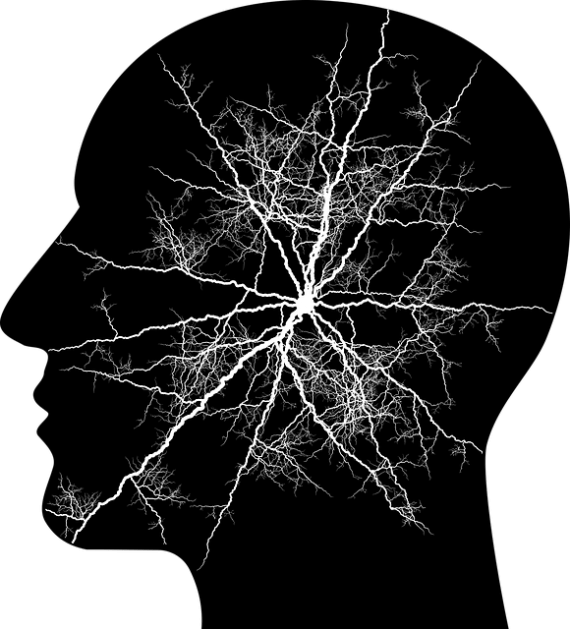 This seems like yet another Nietzschean example of “what doesn't kill you makes you stronger,” but the places that can kill or injure someone with a brain implant seems long enough and broad enough to make one want to stay home, turn off all devices and TVs and warm food on a conventional gas stove.

Will getting zapped by lightning help someone with an alien implant? Probably not. You don’t hear about them needing to be charged, so they must be powered by something other than batteries. If aliens have figured out how to travel to Earth and abduct humans for the purpose of inserting implants, they’ve no doubt figure out how to block strong EMFs.

The best solution for alien implantees may be finding a sympathetic doctor with really long and thin needle-nose pliers or playing football.