Looking Back at ‘Intruders’

1987 saw the publication of Budd Hopkins’ Intruders: The Incredible Visitations at Copley Woods. The book investigated the claims of a number of alleged alien abductees, but was more specifically concerned with the case of Debbie Jordan-Kauble (known in the book as “Kathie Davis”). Jordan-Kauble described having been abducted from her parents’ home in June of 1983 and being taken aboard an egg-shaped craft which had landed outside. She claimed to have been impregnated by her alien captors, who later removed the fetus and eventually introduced her to her human-alien hybrid child. Jordan-Kauble was dissatisfied with the treatment of her case in Hopkins’ book and later went on to write her own, more detailed account, not only of her 1983 abduction, but of other related experiences throughout her life. As to the nature and origin of these experiences, Jordan-Kauble once mused: 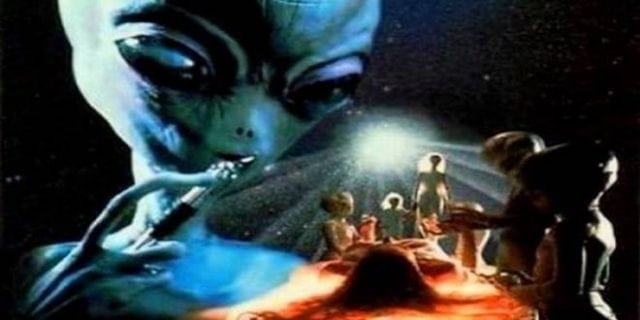 "I have had so many different types of experience with so many different aspects of this field that I am somewhat mixed as to what I think they are and where they come from. I have seen the hard evidence that debunkers claim does not exist. I have also experienced the psychological and physical effects, as well as the spiritual awakening of a close encounter. I am also smart enough to realize how powerful the human mind can be when faced with something that it cannot comprehend. All I have ever been able to do was report what I saw and let everyone else sort it all out."

Hopkins’ Intruders book would later be very loosely adapted for television by screenwriter Tracy Tormé—son of legendary jazz singer and musician Mel Tormé. The 1992 mini-series was concerned less with the Jordan-Kauble story and more with the broader abduction phenomenon as it was then understood by the leading researchers in the field, namely Hopkins and Harvard psychiatrist, John Mack.

In the mini-series, a psychiatrist, Dr. Chase (Richard Crenna), investigates the abductions of two seemingly unconnected women from different American states and, in the process, immerses himself in broader research into the UFO phenomenon. Eventually, he and a local UFOlogist start a therapy group where abductees can collectively attempt to make sense of their traumatic experiences. Richard Crenner’s psychiatrist character was modelled on both Hopkins and Mack. Crenner wears an oversized woollen fisherman’s sweater throughout, clearly inspired by Hopkins’ trademark garment. The actor drew greater influence from Mack, spending time with the Harvard psychiatrist in order to study his mannerisms.

I interviewed Tormé a few years back. He explained his writing process for Intruders and the cultural climate in which it was written. Tormé had been attempting to get an abduction movie off the ground long before Intruders. “I optioned Budd Hopkins’ first book, Missing Time, and spent three long years trying to get it launched in Hollywood,” the screenwriter told me of his initial effort. “At that time people didn’t take abductions very seriously and it seemed like a very odd subject to launch for a multi-million-dollar movie. This was in the early-to-mid 1980s.”

Tormé emphasized to me that abduction movies were a hard sell in the late-1980s-early-1990s:

"At that time there was not a lot of interest in this subject. People wonder why it was such a struggle to get these kinds of movies made. But the public really did not know about the abduction phenomenon. They weren’t following it, they weren’t reading about it. It had not broken through in a big way in the mass media."

Tormé had developed a close relationship with Budd Hopkins during his research for the Missing Time movie and was an admirer of his work. “I felt he was a very good person, a very good thinker,” said Tormé of Hopkins. “He’d invite me to witness regression hypnosis sessions that he was conducting with abductees. I was hearing these stories that sounded so much like science-fiction, so unbelievable, but what Hopkins was uncovering were these clear patterns in abductions… pattern, after pattern, after pattern.” Tormé was also struck by the artistic renderings of the abductors shown to him by Hopkins:

"He had a great collection of different drawings of the beings made by various abductees, and it was amazing how similar they were to each other. This was at a time when no one knew about so-called Grays. This is back in the early 1980s when if you asked a hundred people what an alien was, you get a hundred different answers." 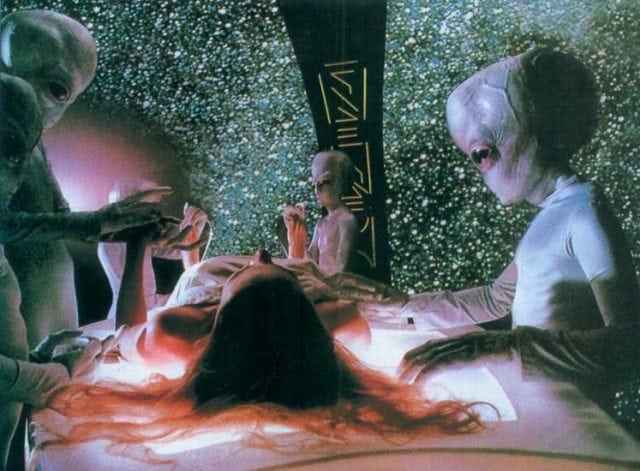 As time passed, the initially undecided screenwriter became a believer in the reality of the phenomenon:

"The more of Hopkins’ sessions I observed, and the more abductees I met, I became 98 percent convinced that this stuff was real. I couldn’t say 100 percent, because I hadn’t seen anything with my own eyes. But I’d just met too many people who were very sincere and who did not want their names in the newspaper, who did not want to be a part of UFO phenomena. They were victims in a lot of ways. They were damaged people; damaged by the experience. They expressed to me how they really didn’t like that they were never asked to go along with this [the abduction experience]; that this would happen to them if they liked it or not. They were very disturbed by that, and that made a big mark on me." 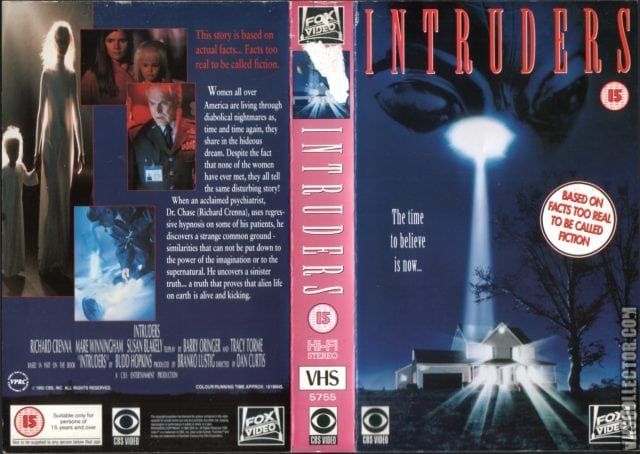 A Missing Time movie had yet to come to fruition by the early 1990s, but by that point Hopkins’ 1987 book Intruders was already in the process of being adapted for the small screen as a CBS mini-series. Tormé, then a staff writer and creative consultant on Star Trek the Next Generation, was approached to pen the teleplay.

Tormé met with the producers and learned that both Hopkins and John Mack were to be consultants on the show. “That sat well with me,” he recalled, “so I wrote it very, very quickly. It was shot quickly, and soon after that it was on CBS.” Tormé added that, although he respected Mack, he did not share his perspective on the abduction phenomenon: “I did not agree with a lot of his theories,” Tormé stressed to me.

“He believed that this is all being done for the benefit of mankind, and they are our kind of our saviors and our brothers, and that if the experiencer can really think clearly and take some time he would come to realize that this was all good and that they’re here to help us and save us from destruction and all that. I just didn’t see it. I do not believe that they are intentionally hostile, but they seem to be lacking in emotions and they don’t treat human beings with the respect that they deserve.”

Intruders was broadcast by CBS through 17–19 May 1992 and was generally well received by TV critics. It remains significant for its thoughtful and sympathetic treatment of the abduction phenomenon, and for grounding itself convincingly in a normal world occasionally intruded upon by a profound and sometimes terrifying non-human intelligence. It explored many themes and motifs common to abduction accounts, including intrusive examinations, alien impregnation, hybrid children, screen memories, and hypnotic regression. Tormé is convinced that his show had considerable cultural impact, bringing a previously obscure UFOlogical facet to the masses. He told me of Intruders: “I really believe this project was part of the process of people becoming aware of how these things [abductions] allegedly work.”

A year later, in 1993, The X-Files arrived, and was soon followed by other TV products also featuring the now iconic image of the Gray alien, including Babylon 5, Dark Skies, and others. By the late-1990s the image of the Gray had supplanted almost all other pre-existing cultural imaginings of what an alien might look like. Tormé has marvelled at the speed of this process, telling me: “The way that the image of the Grays has since become known in society is incredible. They’ve seeped into television commercials and all aspects of society, and they’re now part of Americana. The image is now worldwide.”

Today, Intruders may look slightly dated, but, it remains a compelling and UFOlogically authentic piece of work. It’s a must-watch for sci-fi fans in general, and for UFO buffs in particular.

“I knew they were EVIL”