Looking Back at Spielberg’s ‘War of the Worlds’

The world's most successful director has had a lifelong obsession with UFOs, and his films have moulded our expectations of otherworldly visitors. Between them, Steven Spielberg’s alien movies have grossed far in excess of a billion dollars… and that’s just his directorial projects. As producer, Spielberg’s alien-themed credits include the Men in Black franchise (1997–2012), the alien abduction mini-series, Taken (2002), the Transformers franchise (2007 –), the alien invasion series, Falling Skies (2011–2015), and Super 8 (2011), among many others. That Spielberg continues to make movies about alien visitation is not just down to good business sense but is due in no small part to his own childhood fascination with UFOs—a fascination that would intensify into his late-twenties and culminate in his cathartic production of Close Encounters of the Third Kind (1977). 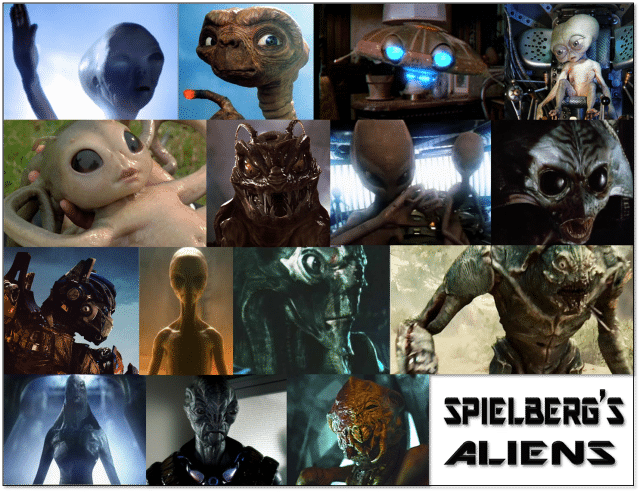 In 2005, Spielberg returned to the alien subgenre with the world’s biggest movie star, Tom Cruise, for a cinematic updating of H.G. Wells’ War of the Worlds. In the classic story, Martians from a dying civilization view our thriving planet with envious eyes and launch a full-scale invasion to claim it as their own, only to be defeated by the tiniest of foes—the human germ.

Dreamworks and Paramount Studios poured $132 million into the Spielberg-Cruise project and would eventually see an impressive $607 million return on their investment. The combination of Spielberg, Cruise, and aliens was a no-brainer. It’s now been 13 years since the release of War of the Worlds, and it’s as good a time as any to look back at what, at the time, promised to be one of the biggest and best sci-fi movies ever made.

Spielberg’s film tapped into what Susan Sontag referred to as the “imagination of disaster,” fear of “the cataclysmic destruction of civilization, [and] mayhem of an unimaginably higher order than we had ever seen before.” The director stated to the press that his film’s distinctive imagery was intentionally reminiscent of that seen in New York as the Twin Towers fell, and, with dialogue like “is it terrorists?” during the first wave of the aliens’ sneak-attack, the parallels are far from subtle.

The tagline for Spielberg’s film, “They’re already here,” is a reference to the fact that the aliens strike not from above, but from below, having buried themselves beneath our feet in a time long forgotten. “They’ve been planning this for a million years,” says Tim Robbins’ cracked survivalist, Ogilvy, “They defeated the greatest power in the world in a couple of days. Walked right over us... this is not a war any more than there’s a war between men and maggots. This is an extermination.”

The most terrifying scenes in War of the Worlds are entirely alien-free—it is the human-on-human violence that draws the most horrified gasps. As panic grips the world, humanity’s basest survivalist instinct kicks in. Within hours, it’s every man for himself as widespread looting, car-jacking, and general criminality sweep the streets, and it is in these moments that Spielberg’s film is arguably at its most realistic, such behaviour being tragically inevitable when a society fractures through external force.

Appropriately, in a nod to sound science, Spielberg chose to dispense with all things Martian by removing from his adaptation all references to the Red Planet, opting instead to leave the aliens’ origin to the imagination of the viewer. Presumably their roots are extra-solar—numerous NASA missions over the decades having thrown cold water on the idea that Mars might be teeming with sentient life.

Spielberg’s movie was backed by the US Department of Defense, and it gives considerable screen time to the US armed forces, despite them being essentially helpless in the face of an overwhelmingly superior foe. It is only when the alien tripods’ impenetrable force fields are rendered ineffective by Earthly bacteria that US troops are able to inflict any damage on them whatsoever. 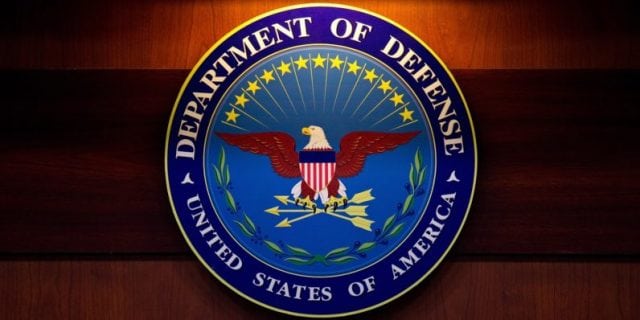 In contrast to its disapproval of Independence Day, the DoD had no qualms about cooperating with Spielberg on War of the Worlds. However, unlike Independence Day, Spielberg’s movie did not draw explicitly from modern UFO mythology as its narrative featured no government conspiracy, no UFO-related terminology (such as “Area 51”), no references to historical UFO events (such as Roswell), nor, indeed, did it feature any UFOs in the conventional sense—only the tripods of H.G. Wells’ source material. So, while War of the Worlds projected to audiences a vivid, vérité rendering of what a post-9/11 alien invasion might look like in reality, crucially, for the Pentagon, it also provided a recruitment-friendly depiction of the professionalism and sheer fire power with which the US military would respond to such an invasion.

Although Spielberg’s movie features no "UFOs" in the conventional sense (due in part to his source material having been written 49 years prior to the birth of the modern UFO phenomenon), the director, a self-described “UFOlogist,” did add some UFOlogical flourishes. The film’s aliens, for example, have large glassy black eyes and yawning craniums, and, from their shoulders-up, at least, bear a striking resemblance to the iconic alien Gray.

Spielberg is arguably the master of the modern alien movie, so a Spielberg adaptation of history’s best-loved alien novel should have been a masterpiece. Instead, what the director delivered was a handful of impressive set-pieces desperately in search of a cohesive movie.

Spielberg had worked previously with Tom Cruise on the brilliant Minority Report (2002), and the two superstars evidently felt a second sci-fi team-up would be a great idea. Cruise has delivered a number of outstanding dramatic performances during his long career (Rain Man, Magnolia, for example), but here, in the role of Ray Ferrier, the actor is set to cruise-control (pardon the pun). He does his best playing the everyman, but no matter how fast he runs from Spielberg’s aliens, he never escapes the fact that he’s Tom Cruise—a cinematic mega-hero whose survival skills and ultimate fate are never in question. We never truly fear for his safety or doubt the fact that he will protect and save his imperiled daughter, Rachel (Dakota Fanning). He’s TOM CRUISE. In short, he was miscast in the role, and his powerful presence drastically imbalances a movie that was meant to show how ordinary people (not extraordinary people) respond to an extraordinary situation.

There’s also the issue of *that* ending. The death of the Martians in Wells’ original story by way of exposure to Earthly bacteria was always a bit of a damp squib, but Spielberg’s handling of it is especially disappointing, as, like the alien tripods, the movie simply collapses in its final act, dragging itself limply towards a frankly infuriating resolution which sees Ray miraculously reunited with his son, Robbie (Justin Chatwin)—completely unscathed from the napalm conflagration that had seemingly consumed him earlier in the movie. It’s one of the most slapdash, inexplicable endings of Spielberg’s career.

Still, despite its many flaws, there’s a great deal of fun to be had in War of the Worlds. Spielberg shoots us up with adrenaline as few other filmmakers can do, and there are moments of genuine terror and dread. If only Spielberg could here have balanced his famous technical prowess with his oft-exhibited mastery of human drama.

Could a Zombie Apocalypse Really Happen?