Looking Back At “The Norliss Tapes”

On January 6, 2016 I wrote an article here at Mysterious Universe titled "UFO TV: A Show Worth Watching." While I'm not a fan of the likes of Star Wars, Star Trek, etc., etc., I do like some sci-fi, mainly when it's got a lot of conspiracy attached  to it. My article was focused on what is without doubt one of my all-time favorite shows, The Invaders, which ran from 1967 to 1968. It starred actor Roy Thinnes as David Vincent, a man who - after a UFO encounter in the dead of night - tries to warn the world of an alien menace and to wipe out the extraterrestrial presence in our midst. I said in that article:

"A great combination of the best parts of The Fugitive, The Twilight Zone, and Invasion of the Body Snatchers, The Invaders was a show years (actually, decades) ahead of its time. It easily eclipsed the simplistic, mindless and cheap to make, “shoot ’em up”-style science-fiction output that seemed (and still seems) so popular on certain TV channels. It oozed a high degree of menace, a sinister atmosphere, thought-provoking plot lines, and – at the heart of it all – human-looking hostile aliens bent upon the infiltration of our society and the ultimate destruction of the Human Race.

"I recall first watching the show as a young kid in the mid-1970s [thinking back, it may have been a bit later], utterly enthralled by David Vincent’s near-solitary quest to expose to the world the dark truth of the alien threat among us – while all the time pursued by definitive Men in Black-style extraterrestrial assassins. I thought: this is great! The show was then repeated some time in my teens, and prior to purchasing the DVD set a couple of years ago, I was probably in my late-twenties when I last watched the show. And, I’m pleased to say that The Invaders still stands the test of time, now close to 50 years after it first aired (the show ran for two-seasons: from January 1967 to March 1968)."

Roy Thinnes continued to make supernaturally-themed shows, such as The Horror at 37,000 Feet and Satan's School for Girls. And, then, there's The Norliss Tapes. Like the two aforementioned movies, The Norliss Tapes was also made in 1973. And, it was largely brought to life on American television by Dan Curtis - the man behind The Night Stalker, The Night Strangler (both starring Darren McGavin as journalist Carl Kolchak) and Dark Shadows.

The Norliss Tapes - a pilot for a show that never took off - is, in many ways, very much like The Invaders (and The Night Stalker, too). In The Invaders, Roy Thinnes was the alien-hunting David Vincent. In The Norliss Tapes, he was David Norliss, an author investigating the world of the supernatural. The approach was actually quite a good one.  The plan is for Norliss to write a book that debunks paranormal phenomena. But, he gets far more than he bargained for and admits to being too frightened to write the book. So, instead, Norliss chronicles each adventure on a series of cassette tapes, hence the title of the show. Of course, because the TV movie didn't get picked up as a series, we only get to see, and hear, what went on with the first case.

In the pilot, Norliss goes missing from his home -  after investigating a strange affair involving a man back from the grave and a demon called Sargoth. It's up to a friend and colleague, Sanford Evans (actor Don Porter), to go through the first tape and try and figure out what has led to Norliss' disappearance. It's easy to see Dan Curtis' touch in all of this. And, it's safe to say, if you are a fan of the exploits of Carl Kolchak, you'll enjoy this too. Co-starring Angie Dickinson, The Norliss Tapes is a show I like a lot. I guess, that's because I first watched it as an excited kid, as I did with the likes of other 1970s-era movies, such as Don't Be Afraid of the Dark, Gargoyles, Race with the Devil, Something Evil, and the TV mini-series, Salem's Lot - all of which I still watch a couple of times a year. A nostalgia kick? For sure, but they're good too! 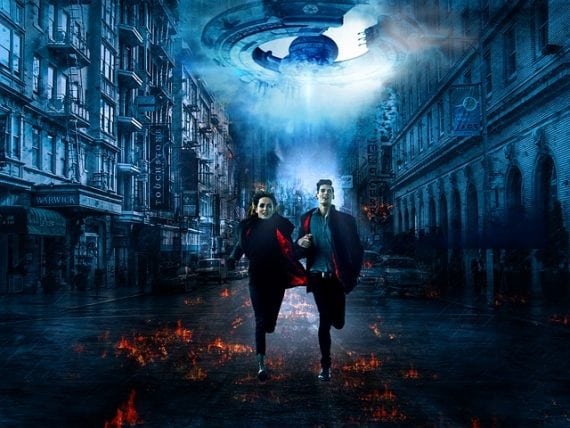 You can find The Norliss Tapes on DVD, but the prices are pretty outrageous, and most of the available copies are used. The good news, though, is that you can watch the whole thing on YouTube (see above). Maybe, one day, The Norliss Tapes will be resurrected with a new cast. But, this time around, cassette tapes ain't gonna cut it!