Looking Back at the ‘Stargate’ Franchise

Released in 1994, Roland Emmerich’s Stargate was one of the first movies of its decade to neatly package the core ingredients of the global UFO subculture: government secrecy, reverse-engineering of alien technology, an evil alien from a dying world, and Ancient Astronauts.

The film’s plot concerns a ten-thousand-year-old headstone discovered in Egypt in 1928 and now under lock and key in a US military installation (clearly modelled on NORAD’s Cheyenne Mountain complex). Linguist Daniel Jackson (James Spader) is tasked by project leaders with deciphering the glyphs and symbols that adorn the artifact and deduces from them the existence of a “Stargate,” a device capable of forming a traversable wormhole for cosmic explorers. 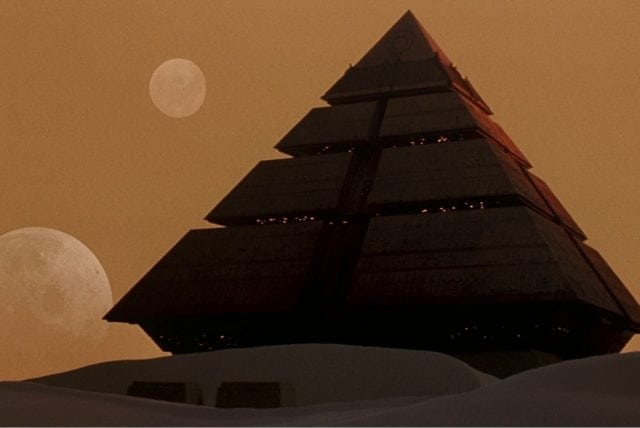 But the Stargate, it turns out, is already in the hands of the US military, which, until now, has been unable to activate it. Under the steely leadership of Col. Jack O’Neil (Kurt Russell), Jackson accompanies an elite military unit on a reconnaissance mission through the wormhole, which leads them to the interior of a pyramid in a desert landscape. Upon exploring their new environment, the team is surprised to discover a human-run mining operation. The primitive miners receive Jackson, O’Neil, and co. as emissaries of their all-powerful god, Ra—the name of the ancient Egyptian sun god on Earth.

Through rudimentary communication with one of the natives, Jackson learns that Ra is a parasitic extraterrestrial who arrived on Earth in its ancient past seeking a cure for his impending death. By inhabiting a human body (that of a teenage boy), Ra found that he could sustain his own life indefinitely. In his new human form, Ra enslaved the boy’s tribe and shipped them to a planet in another galaxy where they would mine the precious mineral from which Ra derives his advanced technology.

The film’s screenplay was a not-so-subtle endorsement of America’s actions during the first Gulf War, pitching a despotic ‘foreign’ leader against the US military (here portrayed as a liberating rather than invading force) in a battle for the hearts and minds of an oppressed desert people. The film sees the despot destroyed, and the desert folk freed and Americanized in the process, trying cigarettes and Hershey’s 5th Avenue chocolate bars along the way, before ending up clad in US military fatigues while proudly saluting Kurt Russell’s Colonel O’Neil.

As with almost every Ancient Astronaut (AA)-themed entertainment product that preceded it, Stargate owed a heavy debt to Erich von Däniken. The Stargate Ultimate Edition DVD includes a featurette called Is There A Stargate?, which chronicles von Däniken’s life, from boyhood to AA authority. Although a box-office success upon its release, Stargate has yet to spawn a sequel. In 2014, though, MGM and Warner Bros. announced they were teaming-up with Director Roland Emmerich and Producer Dean Devlin for a “re-imagined trilogy” based on the original movie. However, the project fell apart after just a few months.

Stargate on TV and at the Pentagon

Movies aside, the original Stargate did generate a number of popular TV spin-offs, including the animated series, Stargate Infinity (2002—2003), and, in 2018, the web series Stargate Origins, comprised of ten episodes, each just ten minutes in duration. The franchise also includes comic books and video games. However, the most successful Stargate products to date have been the TV shows SG-1, Atlantis, and Universe, all three of which tapped into UFO mythology to varying degrees. In SG-1 (1997–2007) and Atlantis (2004–2009) the iconic Grays feature prominently as a species called the Asgard who in ancient times masqueraded themselves holographically as the gods of Norse mythology and who in 1947 were involved in the Roswell Incident. In the Stargate narrative, the Asgards (Grays) are benevolent and actively protect mankind from threats from other alien civilizations. To this end they work hand-in-hand with the US government, sharing their advanced technology with the military and bringing to mind one of the central themes of UFO conspiracy culture. The SG-1 writers also incorporated specific details from real-life abduction lore. So, in SG-1, the Asgards (Grays) are a dying race without the capacity for sexual reproduction, reduced to cloning for perpetuation of their species. 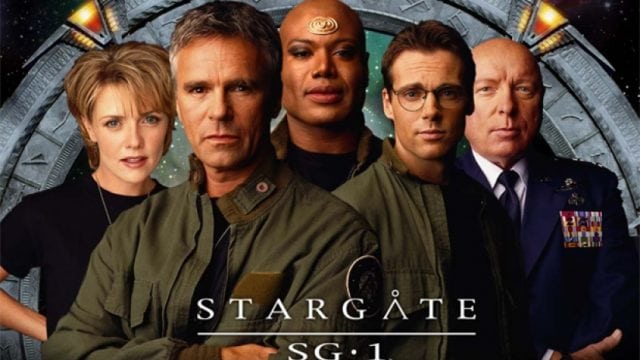 While the producers of the 1994 movie neither sought nor received military assistance, the TV spin-offs received extensive support from the Pentagon, the USAF, and US Space Command (and all the script input that implies), which is perhaps unsurprising considering their overwhelmingly positive portrayals of the armed services. While the secret facility in the movie is based on NORAD’s Cheyenne Mountain, the facility in the TV show is Cheyenne Mountain itself, filmed with the permission of the Air Force. The USAF was so enthusiastic about the franchise that, in season four of Stargate SG-1, Air Force Chief of Staff Michael E. Ryan made a cameo appearance as himself shortly before his retirement. In the episode “Prodigy” the Jack O’Neil character (played for TV by Richard Dean Anderson) asks Ryan, “Do you really have Air Force Colonels who act the way I do?” To which the real-life General replies: “Yes, and worse!” 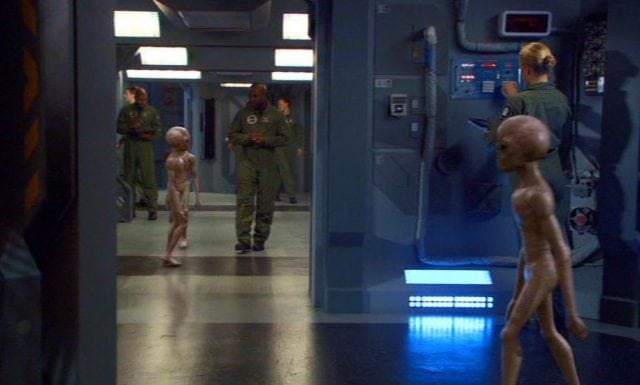 Another Air Force Chief of Staff, General John P. Jumper, starred as himself in "Lost City Part 2," the final installment of season seven of SG-1, first broadcast in March 2004. Later that same year SG-1 star Richard Dean Anderson was invited to the Pentagon where he chatted with the Joint Chiefs of Staff before being awarded the title of "Honorary Brigadier General – USAF" as thanks for SG-1’s consistently positive depiction of the US military. The award was bestowed on the actor by General Jumper himself. Three years later, in June 2007, Jumper became a director of Science Applications International Corporation (SAIC), a powerhouse defense contractor long rumored to be one the key players in the reverse-engineering of alien technologies. It is perhaps noteworthy that the SG-1 episode in which General Jumper appears dealt with an imminent, large-scale invasion of Earth by the Gao’uld aliens. Dialogue in the episode serves to justify huge military spending on the reverse engineering of alien technologies to more effectively combat cosmic threats. Problems inherent in the public disclosure of alien reality are also a running theme in parts one and two of the episode.

A Stargate to Mars?

By the mid-noughties, online UFO debate had begun to feed more directly from film and TV narratives, many of which were themselves loosely inspired by UFO literature. The rich lore of the Stargate universe seems to have greatly influenced conspiratorial thinking in the UFO community post-9/11, giving rise to elaborate and supposedly factual narratives from self-described “whistleblowers” claiming experience with a real-life top-secret Stargate program run by elements within the US military-industrial-complex. Take Henry Deacon (pseudonym), for example, who ambiguously claimed to be a physicist with “one of the three letter agencies” and to have worked on classified projects at Lawrence Livermore National Laboratory in California, which is funded by the US Department of Energy. Between 2006 and 2007, Deacon told the dubious online “whistleblower” hub, Project Camelot, of his inside knowledge of at least two types of Stargate then being used in US government black projects: 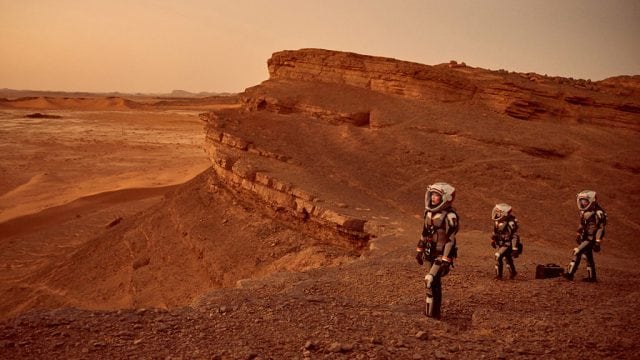 Additionally, Deacon claimed that Mars is a populated planet, with at least 670,000 people (perhaps not all human) currently living there in a base “at the bottom of an ancient seabed.” Apparently this population has waxed and waned over the centuries. The famous “face” on Mars is real, said Deacon, despite NASA’s statements and evidence to the contrary. Transport to the red planet is by two means: “Stargates for personnel and small items, and spacecraft for larger items of freight.” Deacon also spoke of the Anunnaki described in the work of Zecharia Sitchin. They’re real, too, he claimed, and are split into a number of factions, some of which are friendly, others not.

Project Camelot founders Kerry Cassidy and Bill Ryan seemingly were not at all concerned that the pseudonym “Henry Deacon” is the name of a character in the popular sci-fi TV show Eureka (2006–2012), which is set in a fictional town inhabited by scientific geniuses who work on advanced technologies for the US Department of Defense. Clearly, Camelot’s Henry Deacon is a man who enjoys his science fiction.

Ideas like those espoused in the testimonies of Deacon and other Camelot “whistleblowers” had already taken cinematic form, not only in Stargate, but in a number of films dating back to the early years of the Cold War. Perhaps fresher in Deacon’s mind on the Martian front, though, was Disney’s Mission to Mars (2000), in which the first manned mission to the red planet meets with disaster and the ensuing rescue team discovers that humans are descended from an ancient race of Martians (who, we learn, constructed the famous Martian "face" and "pyramids"). Disney and director Brian De Palma had high hopes for their $100 million epic, but the best it could do was recoup its production costs worldwide, plus a paltry $11 million.

Fresher still in Deacon’s mind may have been the sci-fi actioner Doom, released in 2005, less than one year prior to his first Camelot interview. An adaptation of the 1990s shoot-em-up video game of the same name, the movie opens with a voice telling us:

“In the year 2026 archaeologists working in the Nevada desert discovered a portal to an ancient city on Mars. They called this portal ‘The Arc.’ Twenty years later we’re still struggling to understand why it was built and what happened to the civilization that built it.” 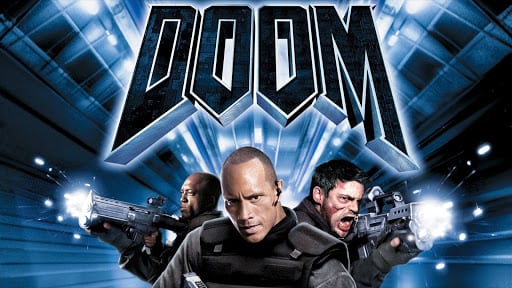 The Arc in Doom is a Stargate in almost every respect but name: an ancient technology discovered by archaeologists that enables near instantaneous travel to other worlds (in this case, Mars) where scientists discover fossilized evidence of a human-like civilization. Much like the Stargate in the eponymous movie, the Arc in Doom is stored at a top secret underground military facility—in this case Papoose Lake in Nevada, the exact location of the facility described by Area 51 whistleblower, Bob Lazar…

With film and TV shows combined, the Stargate franchise has spanned an incredible twenty-four years. The quality of its products has varied considerably during this timeframe, but it will be best remembered for the 1994 movie and its first TV spin-off, SG-1, the UFOlogical and broader pop-cultural impact of which cannot be underestimated.

Green Fireballs: Mystery From Above