Are you worried about the Reptilians? Would you like to get on their good side or at least have a game plan to fight back when they show up at your door? Then make sure you have some classical music cued up on your cellphone or stereo at all times. A new study used MRI scans to determine that the brains of some aggressive reptiles respond well to classical music. And if it works on Nile crocodiles, it should work on reptilian humanoids, right?

First, a warning. Kids with MRI machines – don’t try this at home. Nile crocodiles are the largest freshwater predators in Africa and extremely aggressive. Despite that, they’re probably afraid of Reptilians too. As described in the journal Proceedings of the Royal Society B, the researchers conducting the study were extremely cautious as well. However, their goal of determining how mammals and birds evolved their abilities to comprehend complex sounds like music braced them for the challenge of studying the brain of one of the last living dinosaurs which hasn’t changed in 200 million years … the Nile crocodile.

Why hasn’t this been done before? For starters, Nile crocs are cold-blooded so their body temperatures fluctuate in tandem with the temperature of their environment. The research team, led by Felix Ströckens from the Department of Biopsychology at Ruhr University Bochum (Germany), kept the MRI’s internal temperature at a constant level. Then there’s the aggressive nature of Crocodylus niloticus. To combat this, the team used young crocodiles under a meter in length and had them tied up while being scanned.

Wouldn’t bondage affect the reactions and temperaments of the reptiles? (Asking for a friend.) It did, but not in the expected way. The researchers reported that the crocs were cool, calm and collected while crammed and constricted in the container. While being monitored, the five crocs from a French crocodile farm (why are the French breeding Nile crocodiles?) were exposed to flashing lights of various strengths and intervals, simple sounds between 1,000 Hz and 3,000 Hz and the complex chords and frequencies of Johann Sebastian Bach’s Brandenburg Concerto No. 4 – a song that has been used in many animal studies and provides a good basis for comparison. (Crocodile Rock and See You Later, Alligator were rejected for obvious reasons.)

What were the results of exposing a croc to Bach? The scans showed heightened activity in different areas of the reptilian brains during the concerto. In fact, the responses were similar to those in mammals and birds. This means that complex sensory processing developed far earlier than first thought, going back to the sauropsids which all reptiles and birds evolved from. 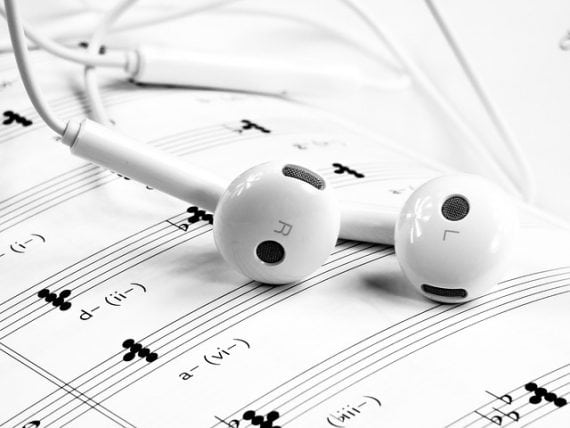 Yeah, yeah, yeah. What about the effects of music on Reptilians with a capital R? Well, if they’re David Icke’s shape-shifting reptilian humanoids from the Alpha Draconis star system, it’s hard to tell if evolving on a different planet would yield similar results. However, the royal and political families Icke claims are Reptilians have been seen enjoying symphonic concerts. If instead they’re reptilian humanoids that evolved on Earth or possibly mated with humans (like the Lizard Man of Scape Ore Swamp), it’s more likely. If you believe in either of these, carrying a smartphone locked-and-loaded with the Brandenburg Concerto No. 4 wouldn’t hurt. It might even be a wise thing to do while wading in the Nile.

And don’t forget that the crocs calmed down while tied up … and even appeared to enjoy it. Does duct tape stick to scales? Asking for a friend.