The remake of Dario Argento’s 1977 operatic horror masterpiece, Suspiria, is fast approaching its release date of Nov. 2 this year. Luca Guadagnino’s take on the story of ballet and witches is set in Berlin in 1977 Berlin and follows a young American woman (played by Dakota Johnson) who joins a prestigious dance company. She arrives just as one of the members mysteriously disappears. As her stock in the company rises, she begins to suspect that the dance troupe is harbouring a disturbing secret…

Guadagnino is directing from a screenplay by David Kajganich. In addition to Dakota Johnson in the role of Susie Bannion, the cast also includes Tilda Swinton, Chloe Grace Moretz, Mia Goth and Jessica Harper. It bodes well that Radiohead’s Thom Yorke is writing the music, but he’ll be hard-pressed to out-do the creepiness of Goblin’s score for Argento’s original.

On the subject of witches, a reboot of the Charmed TV show is set to work its magic on us (or not) later this year. The original show starred Alyssa Milano, Holly Marie Combs and Rose McGowan and ran for eight years.

The rebooted series once again follows the lives of three sisters who, after the tragic death of their mother, discover they are powerful witches. The new cast includes Melonie Diaz, Sarah Jeffery, Madeleine Mantock, Rupert Evans, Ser’Darius Blaine, Charlie Gillespie, and Ellen Tamaki.

Check out the (absolutely awful) trailer above.

Charmed will air Sundays on The CW, beginning this Fall.

Twin Peaks actress Catherine Coulson sadly passed away back in 2015, shortly completing her filming for David Lynch’s revival series. Coulson, who memorably played the role of Margaret Lanterman (aka “The Log Lady) is now the subject of a new documentary.

Filmmaker Richard Green recently announced a new project based on Coulson and her Log Lady legacy. The documentary, titled I Know Catherine, The Log Lady, is being supported by David Lynch and is currently fundraising over at Kickstarter.

Acclaimed director (and UFO witness) Guillermo del Toro (The Shape of Water) is developing a horror anthology series for Netflix called 10 After Midnight.

The Hollywood Reporter has it that the episodes will be “personally curated by del Toro, with stories described as equally sophisticated and horrific."

The Shape of Water producer J Miles Dale is also at work on the series, which will be comprised of episodes by leading genre writers and directors, including de Toro himself. It calls to mind the hit-and-miss Masters of Horror anthology, which ran for two seasons on Showtime from 2005—2007. Netflix has yet to specify when Del Toro’s series will premiere, how many episodes we can expect; though, given the show’s title, 10 After Midnight, we could be looking at 10 for the first season. 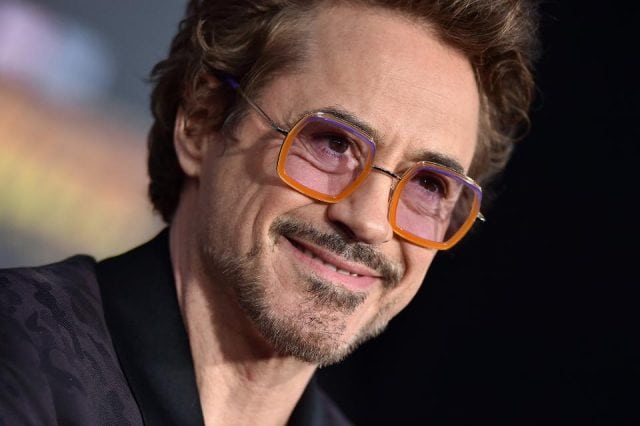 Downey Jr., who personally sold the show to YouTube, has learned a thing or two about AI over the past decade in the Marvel cinematic universe playing Tony Stark (the guy in the artificially intelligent super-suit). His producing partner and wife, Susan Downey, told Deadline:

“Robert and I share a curiosity for AI, a complicated and often polarizing subject. Our aim is to explore AI through a lens of objectivity and accessibility, in a thoroughly bold, splashy, and entertaining way… We’re thrilled to bring this project to life along with Network Entertainment, Sonar, and YouTube Red.”

“We are excited to be in business with the smart creative minds behind this innovative new series,” said Susanne Daniels, Global Head of Original Content, YouTube. “There is so much to discover, and this series will take us on a fascinating journey as we explore the exciting developments in the world of A.I. and glimpse into the future.”

The show should be online next year.