Not all mysteries at cemeteries are ghosts -- or are they? Employees of a cemetery in Turkey have reported seeing a mysterious teenage girl in black clothes and red shoes nightly, crying at one particular grave site before disappearing into the darkness as they approach. In this age of complete lack of privacy, the mystery has become a social event, with large groups of people showing up hoping to see the mystery girl and perhaps get a selfie, while interfering with police and social workers trying to find out a reason for the young woman’s strange appearances.

Daily Sabah and other media sites report the crying girl was first spotted by cemetery employees at 4am on the night of April 26 in the Ulu Mezarlık (Great Cemetery) in Çorum, a city in north central Turkey. When she appeared again on the following night, they got close enough to identify the grave she was crying at – a Fatma Ç. who died in 1982. They left a note on the grave letting the girl know that they were there to help. (Would you talk to gravediggers in a cemetery at 4 in the morning?)

The cemetery workers called the police and described the girl as being between 15 and 18 and that she was seen both crying and talking to herself. The girl showed up again but it doesn’t appear the cops were waiting for her since their report merely says they found a shell she had placed on the same grave of Fatma Ç. The media reports that the mayor called for an investigation and ordered surveillance cameras to be installed. 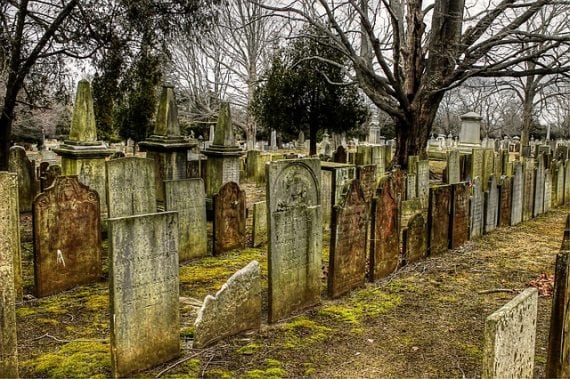 By this time, the story of the mysterious crying girl was out and the cemetery became a circus with people showing up armed with flashlights, cellphones and snacks – even during the day. The police detained four who interfered with their investigation by trying to scale a wall with a ladder. Needless to say, all of that activity probably scared the girl away, at least for a while. She was seen nightly starting on April 26, but reportedly ran away on May 1 and hasn’t appeared since, either in person or on a surveillance video.

Who or what is this mysterious crying girl in black with red shoes? Is she living or dead? Haberturk.com interviewed an expert – Ulu Mezarlık employee Ömer Şen, who also lives in the cemetery. (This is a rough Google translation.)

“I have been digging graves in the Great Ulu Cemetery for 15 years, after I had a grave after the prayer of the Asiatic prayer, I also grabbed a grave near the morning prayer. I have not seen anyone buried out of the grave, I do not believe this. Maybe she can be a drunk person or even a thinner (drug addict). They say that they are out of the grave and that some people are wandering, it is impossible for such a thing to happen."

As of this writing, the mystery is still unsolved. Is the crying girl a ghost? Probably not. Should she be left alone to mourn in whatever way and at whatever time she chooses? Of course, although 4am in a cemetery even in a good neighborhood is still dangerous, especially when distracted by grief and tears. Do the people living in the neighborhood have a right to deal with their fears and/or satisfy their own morbid curiosity? Perhaps, but the rights of the girl, the police, the therapists and the cemetery personnel supersede them. People who complain about losing their own privacy should not throw stones at the privacy of others. 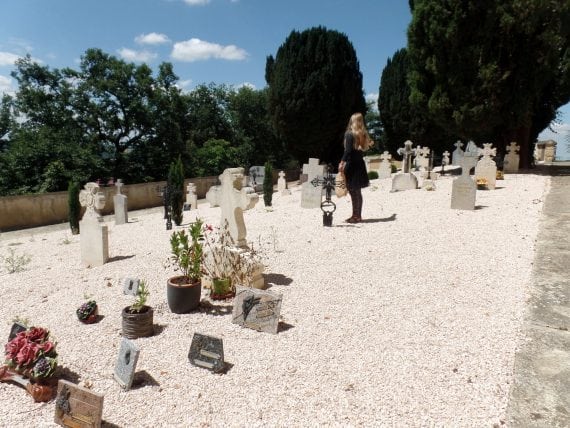 What if she’s a ghost, you ask?

Maybe it’s time we give spirits some privacy too.