What do you see when you cut open a lizard? Besides an angry mob of protective reptiles (and possibly Reptilians), you’ll see red blood … unless the lizard is a New Guinea skink, which have evolved to pulse green blood through their veins instead of red -- and that trait, which should be fatal, instead may protect them from malaria … not to mention being eaten by predators.

“An unusually high concentration of the green bile pigment biliverdin in the circulatory system of these lizards makes the blood, muscles, bones, tongue, and mucosal tissues bright green in color, eclipsing the crimson color from their red blood cells. This is a remarkable physiological feature because bile pigments are toxic physiological waste products of red blood cell catabolism and, when chronically elevated, cause jaundice in humans and all other vertebrates.”

And yet, many green-blooded species of skink thrive in New Guinea, according to Susan Perkins, curator and professor at the Sackler Institute for Comparative Genomics and the Division of Invertebrate Zoology at the American Museum of Natural History and co-author of a new study conducted by researchers at Louisiana State University and published this week in Science Advances. The research focused on Prasinohaema, a family of green tree skink native to New Guinea whose green blood (as well as bones, tongues, muscles and other internal parts) comes from high levels of biliverdin. In humans, that’s the bile pigment that leads to jaundice and its skin discoloration, which is yellow, not green. Jaundice in humans indicates an inflamed liver or obstructed bile duct, which can be fatal. On the other hand, the New Guinea skinks have 40 times the lethal level of biliverdin and instead have a healthy, albeit green, glow. 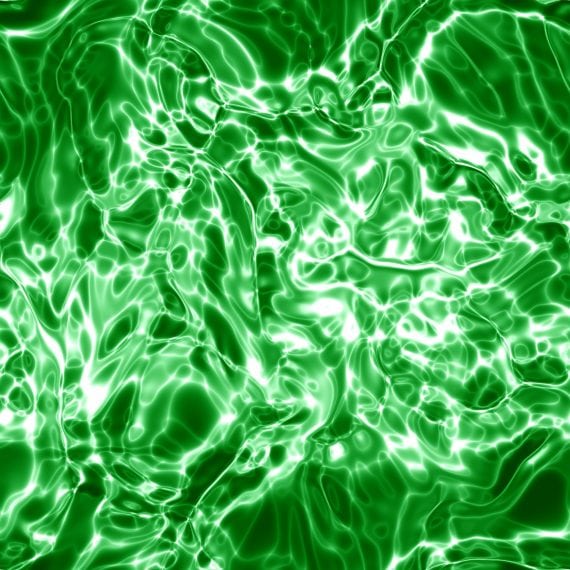 “In addition to having the highest concentration of biliverdin recorded for any animal, these lizards have somehow evolved a resistance to bile pigment toxicity.”

It may not be easy being green, but it’s a good thing for Prasinohaema, according to lead author Zachary Rodriguez, a doctoral candidate in LSU Department of Biological Sciences. Under the watch of LSU Professor Chris Austin, the researchers six New Guinea skink species with green blood, two of which were new to science. The study found four separate lineages of green-blooded lizards which appear to have evolved from the same red-blooded skink ancestor.

Why green blood? The researchers were unable to pinpoint the reason these skinks went green, but lower levels of biliverdin found in some insects, fish and frogs seems to equip them with antioxidants which protect them from disease. It could be that the green blood is the reason why Prasinohaema are not affected by the malaria parasite, a common problem for other New Guinea lizards. Why did they develop it while others didn’t? As always when you’re looking for funding, more research is needed.

However, Dr. Austin was able to answer the one question that is on everyone’s mind.

"I actually ate several lizards myself and they didn't taste bad."

Probably with a dash of Louisiana hot sauce.