Everyone who visits Pisa, Italy, comes away with a gag photo of themselves leaning against the Leaning Tower of Pisa and a question: “How did the tower manage to lean so far for so long through so many earthquakes and not topple over?” While your friends will immediately figure out how you made the photo (and if they don’t, you need some new ones), scientists have been pondering the question for centuries. Even the efforts to stabilize it in the past few decades have not yielded a satisfactory answer as to how this beautiful building managed to stand up (tilt up?) against the force of some pretty strong quakes that have hit the area. Finally, like your photo, the mystery has been solved.

“Ironically, the very same soil that caused the leaning instability and brought the Tower to the verge of collapse, can be credited for helping it survive these seismic events." 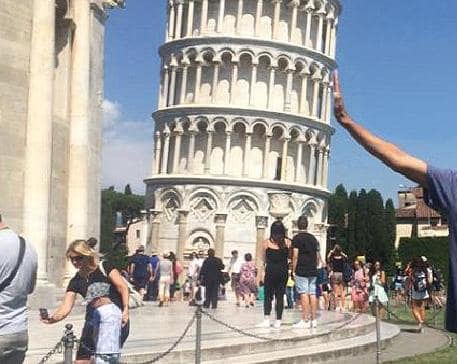 Blaming it on the dirt is George Mylonakis, a professor in the University of Bristol's Department of Civil Engineering, who was part of a 16-member research team that was commissioned to solve the perplexing puzzle of Pisa. In a press release following the discovery, revealed that a phenomenon called dynamic soil-structure interaction (DSSI) was the tower’s saving grace. In simple terms, the soft soil surrounding the highly-rigid building absorbed the strong vibrations caused by earthquakes, allowing the tower to lean but not resonate or sway or eventually fall over due to the seismic activity.

“This has been the key to its survival. The unique combination of these characteristics gives the Tower of Pisa the world record in DSSI effects.”

A world record? That's the kind of challenge that causes young men to push against buildings while saying to their friends, "Hold my beer and watch this!" 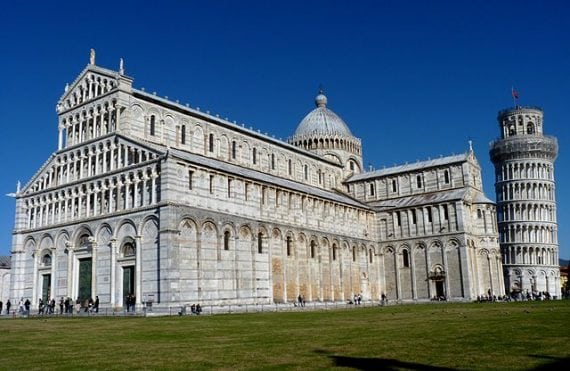 This is good news for the managers of other towers built in soft soil in earthquake prone areas like Italy and could help engineers design new quake-tolerant structures with shock-absorbing foundations.