The 1970s had the Pentagon Papers – the documents released in 1971 by Daniel Ellsberg which detailed how President Johnson’s administration "systematically lied, not only to the public but also to Congress" about the Vietnam War, secret bombings of Cambodia and Laos, raids on North Vietnam and more. It looks like the 2010s are becoming the era of the Pentagon Tapes – the videos released detailing U.S. military encounters with UFOs and a secretive Defense Department program that investigated the sightings. The Pentagon Tapes are not as controversial as the Pentagon Papers … yet. However, if new reports keeping being released or leaked and they start to sound more and more like an extraterrestrial coverup, they could be bigger than the Pentagon itself.

The latest 13-page document was obtained by George Knapp, the award-winning investigative reporter at KLAS-TV in Las Vegas and a frequent host on Coast to Coast AM. The announcement by KLAS doesn’t reveal how it obtained the information but it has been working with former Senator Harry Reid who has said many times that there is considerable information available about military UFO encounters. That includes those seen in 2004 by crew members on the U.S.S. Nimitz aircraft carrier, the U.S.S. Princeton and a number of F-18 pilots who provided the video feeds and shocking commentary.

“Over a two-week period in late 2004, an unknown, 45-foot long Tic Tac shaped object played cat and mouse with the U.S. Navy off the coast of California.” 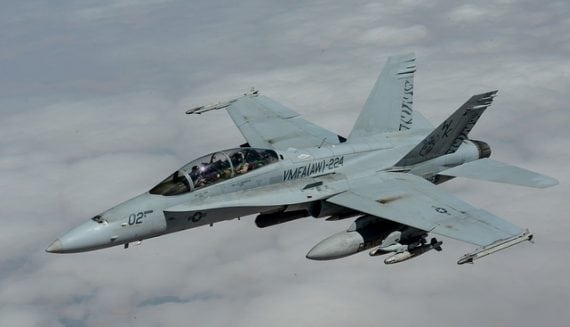 Knapp reports on lasvegasnow.com that this was not a single UFO incident but a series of encounters lasting two weeks. The report refers to them as Anomalous Aerial Vehicles (AAV) but social media today calls them the Tic Tac UFOs because of their white elongated oval shape.

“Among the key findings in the report -- the AAV is not something that belongs to the U.S. or any other nation. It was so advanced, it rendered U.S. capabilities ineffective. It showed velocities far greater than anything known to exist, and it could turn itself invisible, both to radar and the human eye. Essentially, it was undetectable, and unchallenged.”

According to Knapp, claims like that in the report are corroborated by seven F-18 pilots and by radar operators on the ships, who saw the AAV descend from 60,000 feet down to 50 feet in seconds, remain stationary, accelerate to high speeds and make impossible turns – at least for known aircraft.

“At no time did they consider the AAV a threat to the battle group. Finally, they had never seen anything like this before and never again.”

No harm, no foul. No further investigation occurred at the time, although there is apparently another secret report from five years later that Knapp believes will never be released.

Why not? This one was. Well, kind of. Take a good look at it.

“The analysis report is not dated and has no logo, but four separate people who are familiar with its contents confirmed to the I-Team it is the real deal and was written as part of a Pentagon program.”

Are these Pentagon Papers or is this a Pentagon caper? As is so often the case, these UFO reports contain fuzzy photos, fuzzy documents and fuzzy sources. What’s clear is that many people like George Knapp, Harry Reid, Tom DeLonge and others believe the unfuzzy photos, documents and sources exist and they plan to keep on looking.