No Nefertiti in Tut’s Tomb

Spoiler alert! Stop the scary theme music! Forget about being a Nefertiti mummy on Halloween. Science has killed hopes for any new movies based on the mummy of Queen Nefertiti being released from her secret burial chamber in the tomb of Tutankhamun. A comprehensive series of ground-penetrating radar scans found no hidden chambers, hallways or secret passages that could contain the remains of King Tut’s stepmother. So, where is her mummy? What’s that behind you?

The announcement was made at the fourth annual International Tutankhamun GEM Conference, held at the Grand Egyptian Museum in Giza, and reported by National Geographic. It ended a debate that has been going on for decades but which increased in earnest in 2015 when radar specialist Hirokatsu Watanabe attempted to prove a theory by Egyptologist Nicholas Reeves that Queen Nefertiti’s tomb was secretly located behind the walls of King Tutankhamun’s burial chamber. Watanabe’s ground-penetrating radar (GPR) data appeared to find hidden doors and two empty areas behind the north and west walls of the chamber.

Since you can’t just knock out a wall in Tut’s tomb, even if you’re an excited Egyptian antiquities minister who felt “90 percent sure” of the discovery, a second GPR scan was performed by National Geographic engineers in 2016. Over 40 individual scans were performed on the walls at five different heights and two different radar frequencies -- one for depth perception the other for feature perception. Those scans showed no evidence of doors, rooms or Nefertiti. When those results were presented at the 2016 International Tutankhamen GEM Conference, Minister El Enany called for a tie-breaker.

Three GPR scans were conducted in February 2018 by three independent teams (from the Polytechnic University of Turin, Italy, and two private companies, Geostudi Astier and 3DGeoimaging) using three different frequencies. Yes, these people are serious about their Tut tomb theories. After seven days of scanning, the data was analyzed by a team led by Franco Porcelli of the Polytechnic University, who presented the results to Mostafa Waziri, Secretary General of the Supreme Council of Antiquities, and Khaled El Enany, Egypt’s Minister of Antiquities. 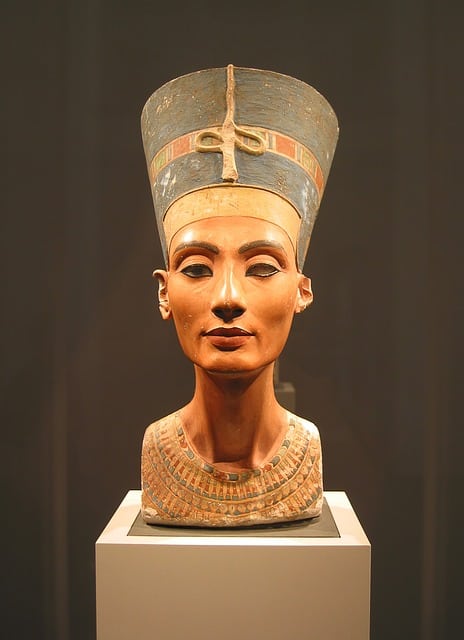 After all bets were placed, the results were announced:

"We conclude, with a very high level of confidence, that the hypothesis concerning the existence of hidden chambers adjacent [to] Tutankhamun’s tomb is not supported by the GPR data."

While the results are disappointing to many, the good news is that the search for the mummy of the mysterious Nefertiti can continue, spawning new theories and potential movie plots. She could still be buried somewhere nearby, she could be one of the many unidentified mummies in museums or her remains could have been destroyed in the attempt to rewrite history after her death.