Quatermass and the Pit: 50 Years On

Two months ago marked the fiftieth anniversary of the U.S. release of a British movie titled Quatermass and the Pit. In the United States it was released as Five Million Years To Earth. I'm not much of a fan of science-fiction, but there are a few exceptions. One being Quatermass and the Pit. So, with the U.S. version having recently reached 50 (it hit cinemas in the U.K. slightly earlier, in November 1967) I thought I would share with you a few observations on the movie and the story it tells. First and foremost, it's important to note that the movie was made by Hammer Film Productions.

At the time, Hammer was still riding high with its horror movies starring the likes of Peter Cushing and Christoper Lee. And the company had been doing so since the mid-to-late 1950s (The Curse of Frankenstein was Hammer's first of its type, and a big hit when it was released in 1957). Quatermass and the Pit, however, was a significant departure for Hammer. There were no vampires, no werewolves, no zombies, no gallons of blood, and no spectacular, heaving breasts. Instead, there was something very different: a movie that showed Hammer was not a one-trick pony. It's an atmospheric movie, filled with matters relative to both extraterrestrials and the world of the paranormal - even the demonic. The movie was based on a 1958-1959 BBC series (also titled Quatermass and the Pit and the work of screenwriter Nigel Kneale). Hammer's version, it must be said, had a much bigger budget and was in color - ensuring it pretty much eclipsed the original. As for the story, well, it goes like this:

A team of workmen are busy expanding a certain stretch of the London Underground rail-system when they stumble upon a number of old skeletons. In fact, there are not just old. They're ancient - as in, it's estimated, millions of years old. They are clearly the remains of very primitive humans, but their heads are significantly larger than normal. In no time at all, a strange craft is found buried at the site, too. As a result of the findings of the old skeletons and of the mysterious aircraft, scientists quickly butt heads with the U.K. military and the Ministry of Defense - all of who are looking for answers as to what's going on. We quickly learn that the site of the mysterious findings has been filled with high-strangeness for centuries. Indeed, the station is called "Hobbs End."

One of the primary characters in the movie, a paleontologist named Barbara Judd (played by Barbara Shelley - a Hammer regular), notes that "Hob" was once a nickname for the Devil. Barbara's boss, Dr. Matthew Roney (actor James Donald), begins to see that something very strange is afoot. As does Professor Bernard Quatermass (Andrew Keir), a scientist who digs deeper into the old legends of supernatural activity in the area - with Barbara uncovering the most significant data, which shows that when previous digging had gone on in the area, strange manifestations of a "hideous dwarf" were reported. Things are suddenly taken to a whole new level when strange, insect-like creatures are found inside the craft. But, they're not insect-sized. Rather, they're about the height of a young child.

The military, meanwhile, has its own thoughts on the matter. The pompous Colonel Breen (played by Julian Glover) dismisses anything and everything linked to the world of the paranormal. He believes that the craft is a Nazi-built device, one which crashed at the height of the Second World War, and which slammed deep into the ground, only to be found a couple of decades later. An expert in the field of propaganda, Breen concludes that German scientists built the craft and created the strange bodies, which he suggests are akin to the likes of carnival mermaids - and designed to give an impression of an alien invasion, thus giving British authorities something else to worry about during the War, beyond just Nazi hordes/scum. 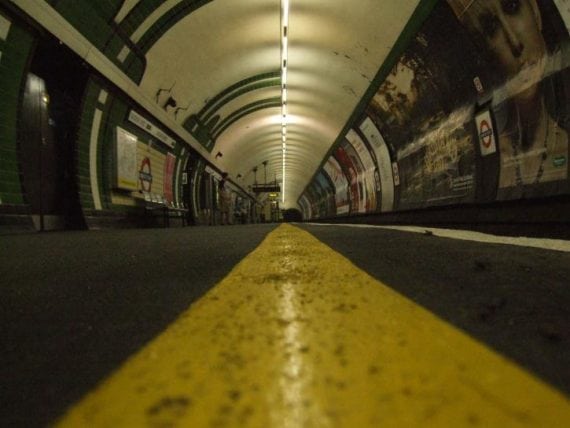 As a brief but interesting aside, this particular part of the story parallels (to a degree) the controversial story told to Annie Jacobsen for her 2011 book, Area 51. The story came from an old man named Alfred O'Donnell, who had worked for Edgerton, Germeshausen and Grier (EG&G).

As I noted in my 2017 book, The Roswell UFO Conspiracy : "Annie Jacobsen’s book, Area 51: An Uncensored History of America’s Top Secret Military Base, created a huge wave of controversy when it was published in 2011, and chiefly for one, specific reason.  The book includes a story suggesting that the Roswell craft and bodies were, in reality, the diabolical creations of a near-Faustian pact between the notorious Nazi (and Angel of Death), Dr. Josef Mengele and Soviet premier, Joseph Stalin.  The purpose of this early Cold War plan, said Jacobsen, was to plunge the United States into a kind of War of the Worlds-style panic by trying to convince the U.S. Government that aliens were invading. And how would the plan work? By placing grossly deformed children (courtesy of the crazed Mengele) inside a futuristic-looking aircraft designed by the previously referenced Horten brothers, and then trying to convince the U.S. of the alien origins of both. Unfortunately for Stalin – we are told - the plot failed when a storm brought down the craft and its 'crew' in the wilds of New Mexico; an event that did not lead to widespread panic, but which instead was hastily covered-up by U.S. military authorities."

I won't spoil things by telling you the full story, and how it all ends. I will, however, say that things speed up in the movie. Matters relative to ancient Martians, strange alterations made to early humans, mind-control, and a dangerous, residual energy that still exists in the old tunnels, all come tumbling out in entertaining fashion. A very thought-provoking production, Quatermass and the Pit effortlessly brings together the world of aliens and the domain of the supernatural in an entertaining and eye-opening fashion. If you haven't seen it, you really should.