Mysterious disappearances come in many forms, and one very baffling type is that of mass disappearances, in which more than one person goes missing at the same time, often vanishing into thin air to leave searchers scrabbling for answers that may never come. One very strange such case of a mass vanishing happened in the country of Sweden, and which involves a series of strange events that have left investigators struggling to connect the dots ever since.

There was nothing particularly remarkable about the day of July 29, 1965 when it began in the city of Gothenburg, Sweden other than all of the rain. People went out about their business as usual, including three friends by the names of Gay Karlsson, Jan Olof Dahlsjö, and Kjell Ake Johansson who worked at the local shipyards. Yet at some point during the day things took a turn for the strange when the three men piled up into a blue Volvo owned by Karlsson's brother to drive off out of town and apparently off the face of the earth.

The initial investigation into the vanishings faced trouble from the beginning, as the reports of the disappearances trickled in individually and it was not until later that police would connect them and figure out that the three men had all been together when they had vanished, giving them a slow response on the matter to say the least. Upon realizing this there were found to be other oddities, such as the fact that none of the men had had driver’s licenses and they should not have been driving at all, not to mention the fact that no one had any clue as to why they would suddenly up and take of in their car or where they might have been headed. The best idea any one had was that they had perhaps left to go camping, but considering the downpour that day this seemed unlikely, and they had informed no one of this intention.

It was also found that although they had been town trouble makers they had all been reasonably well-liked, happy individuals, had left all of their money behind, and that one of the men had even been expecting a baby, meaning that it seemed unlikely they had just run away. Foul play was considered, but there was really no evidence either way, no trace of them or the car was found, and it was as if the men had all just ceased to exist along with their vehicle. Even as police wrestled with the conundrum of this vanishing things got weirder still when it was realized that there had been yet another separate unexplained disappearance in the same city on the very same day.

It turns out that an 18-year-old art student named Hübner Lundqvist had been traveling through Gothenburg on his way to Lysekil to the north on that fateful day, and that he had sent his family a postcard simply saying “All is well, don’t worry!” before himself vanishing into thin air. It was speculated by the police that he may have even hitched a ride with the other missing men and that they had all disappeared together, but there has never been anything concrete to link the two cases and it may all just be coincidence. Lundqvist has never been found, his disappearance remains unsolved, and the extent of his connection to the other three missing men, if any, is still a mystery.

Adding yet another layer of bizarreness to the whole thing was a strange incident that occurred on the same day as these disparate vanishings. At around 2PM on that day a local bank in Gothenburg was held up by two men, with one dressed in drag. By all accounts they made quite a scene, shouting threats and firing their guns into the air like something out of a heist movie. One brave hostage reportedly managed to tackle one to the ground, and in the ensuing melee the would-be robber’s gun went off to shoot himself in the leg. This prompted them to flee with any money they could grab, which was actually quite a a lot, and they ran off chased by a mob of bank employees hurling rocks at them, which they only just managed to escape by firing wildly back at them.

It must have been quite a surreal scene, and only got odder when the two robbers got to the nearby river and tore off their clothes to reveal full scuba diving gear underneath. The injured one was unable to keep up with the other, who made off with a bag of cash. Police were eventually able to arrest the two robbers, plus another accomplice, and they were all found to be Hungarian citizens. It has been suspected that what has come to be known as the “Frogman Heist” may have been linked somehow to the disappearances, but whether it is or not it is still another bizarre event on a day already filled with strangeness. 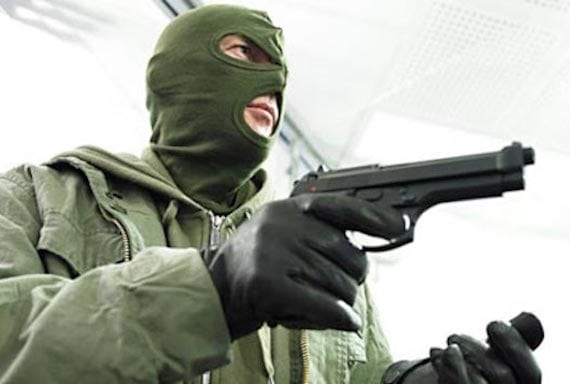 In the years since the disappearances there has been very little progress made in solving the cases, although there have been some sporadic leads. In the years after his vanishing the missing art student, Lundqvist, had been allegedly sighted in both Singapore and Australia, but this has never led anywhere. Another rather odd lead came when the sister of Gay Karlsson went to her missing brother’s apartment in the days after his vanishing and was met with the sight of a stranger standing at the door wearing one of Karlsson’s sweaters. When she asked why the man was there he said that he knew where her brother was, and that he could be found in the pub district. What did this mean and who was the stranger? It remains a mystery and it seems that this alleged trespasser was never found.

Even after decades of police investigation, analysis by amateur sleuths, and endless debate and speculation the case of the “Dahlsjö Disappearances” has never been solved and is just as mysterious as it has always been. The four men who vanished have turned up not a shred of evidence as to where they went or why, the link with Lundqvist remains murky at best, and it is unknown what the Frogman Heist had to do with it all, if anything. Although little is available in English on this strange case it is infamous in Sweden, where there are books and countless Internet forums that have tried to pick apart the case and figure out just what was going on that odd day, and it is widely known there as the only unsolved mass disappearance in Swedish history, as well as the weirdest.