The Passing of Brad Steiger

As someone who has worked in radio and as a writer, the passing this spring of two legends in those fields is a time for respect and reflection. Last month, the paranormal world lost broadcaster Art Bell and today we learned of the passing of prolific paranormal author Brad Steiger.

“The Strange World of Brad Steiger” (a syndicated newspaper column he wrote in the early 1970s) began in Fort Dodge, Iowa, on February 19, 1936. Born Eugene E. Olson, he was a typical Iowa farm boy until August of 1947 when a severe farm equipment accident gave him a near-death experience that altered the directions of his religion, his career ambitions and his life. While he recovered physically, everything else seemed to have changed. In an interview with the Des Moines Register, Steiger gave an example:

"Among my earliest memories are the man and the woman who would walk into my bedroom at night and stand at my bedside, looking down at me."

He believed that couple was his great-grandparents who had lived in the house. 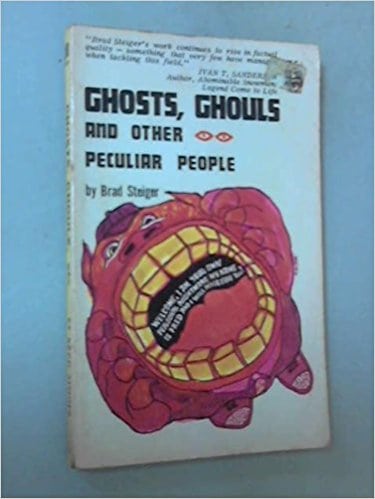 Steiger left the farm after college to teach English at a high school and then journalism and creative writing at Luther College, his alma mater. Fortunately for the world, he wrote in his spare time and a published biography of silent movie star Rudolph Valentino and his interest in the paranormal drew him into the field and led to his first book contracts, starting with Ghosts, Ghouls and Other Peculiar People, published in 1965. When he quit teaching to write full-time, a woman gave him his pen name, which she said meant “to one who guides others to higher awareness" (possibly from the Dutch meaning of ‘steiger’ which is ‘scaffolding’). Steiger always believed that he was one to be guided as well.

"We are all spiritual beings. The paranormal is just part of the world we all share but do not fully comprehend."

One area where he needed no guidance was writing. In his long career he penned over 2,000 articles on paranormal subjects and authored or co-authored over 175 books, both fiction and non-fiction, which have sold 17 million copies. Everyone’s list of Steiger favorites will be different, but they’re sure to include such popular titles as "Mysteries of Time and Space", "Real Ghosts, Restless Spirits and Haunted Places", "Conspiracies and Secret Societies: The Complete Dossier", "Project Bluebook", "The Rainbow Conspiracy" and many more. Don’t forget “The Source: Journey Through the Unexplained,” which he co-authored with none other than Art Bell, and “Four-legged Miracles: Heartwarming Tales of Lost Dogs' Journeys Home” which he wrote with his second wife and spiritual companion, Sherry Hansen Steiger. 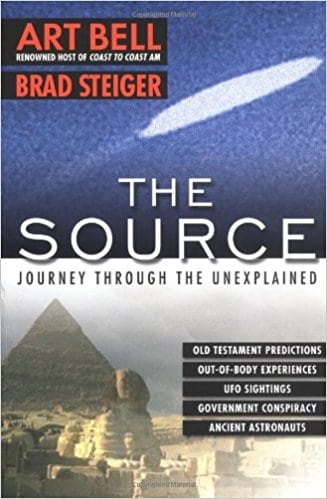 With his many books and articles and accompanying appearances on paranormal radio shows and podcasts, Steiger attracted countless fans, widespread admiration and, of course, some criticism. That comes with the territory when the territory includes Atlantis, giant humans, ancient aliens and numerous other controversial paranormal topics that Brad wrote and talked about.

Brad Steiger will surely be missed by Sherry, their two sons, three daughters, and ten grandchildren. His passing will leave a hole in our bookshelves and on the schedules of paranormal podcasters worldwide. The best way to honor his life and contributions to the field is to continue to read his books … and remember:

"We are all spiritual beings. The paranormal is just part of the world we all share but do not fully comprehend."

Reptilians Being Blamed for Buildup to World War III