Over the years, rumors have surfaced to the effect that certain UFO-themed novels may have actually been based on reality, with the stories specifically having been based on genuine, insider information. There is, for example, Bernard Newman's 1948 sci-fi novel, The Flying Saucer. Newman had an "interesting" background in government and wrote a story of UFO crashes: one in New Mexico, a second in Russia, and the third in the U.K. We soon learn, however, that the UFOs are actually the ingenious constructions of a secret group of scientists from right here on Earth. Their plan is to create a bogus extraterrestrial threat which is designed to unite the world.

Then there is Ralph Noyes' novel of 1986, A Secret Property. There is no doubt at all that it takes its inspiration from the U.K.'s infamous UFO affair at Rendlesham Forest, Suffolk, England in December 1980. Noyes' novel is an intriguing and entertaining one. The fact that in decades now long gone Noyes investigated UFO reports for the British Air Ministry - and later for the revamped Ministry of Defense - has led some UFO researchers to suspect that Noyes' book may have been a thinly-veiled version of the top secret truth. Now, let's turn our attention to the theme of today's article: a 1980 novel titled The Ogden Enigma. 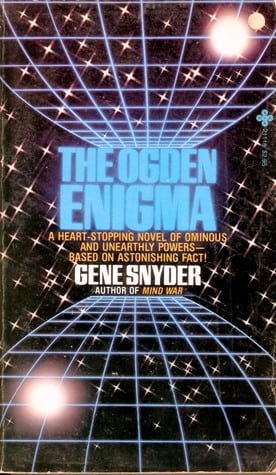 The book was written by Gene Snyder and released by Playboy Press. The story tells of mysterious goings-on in Ogden, Utah. Something crashes to the ground in 1950 and is swiftly retrieved by the military - who take it to what is described as "a sealed hangar." It remains within that well-guarded building for around three decades.

Rumors are rife as to what the craft is: Could it be a highly-advanced Russian vehicle? Or, incredibly, is the object nothing less than an alien spacecraft? Those are the key questions that are at the heart of the story. The novel is an entertaining one and contains more than a few thought-provoking moments. According to the author, however, the story was not solely a work of fiction. Snyder informed his readers that the saga was based on a controversial told to him - Snyder - by an insider source. Snyder would only refer to his informant as "Charlie." Snyder said:

“[Charlie] told me of something secreted in the Utah desert for nearly three decades. He said the secret was housed in an airplane hangar at a U.S. Army supply base, near Ogden, Utah. He claimed that on a June night in 1950, five air force personnel had driven a flatbed truck onto the base in the middle of the night. The truck’s cargo was covered with a tarpaulin that had been carefully lashed down. He went on to say that after driving the truck into the hangar, the five men hurriedly closed the doors and bent the bolt locks. In the days that followed, a huge security screen was erected around the hangar. It included electrified fences, guard dogs, and a restricted air traffic space above the building. An Air Force Security Service detachment, he maintained, still guarded the hangar, despite the fact that such a detachment would be unusual on an Army base.” 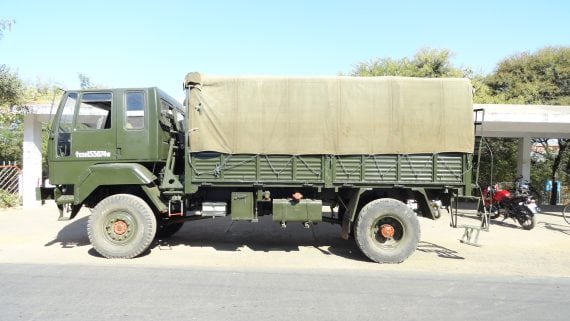 Ominously, inside of a year all five of the men were said to be dead. How, precisely, they died was never revealed to Snyder. Snyder did, however, add the following words: "On this note he left, with a vague half commitment to return and tell me more. He never did. I tried to reach him in the wake of the story. I never succeeded. I have not seen ‘Charlie’ since.”

Maybe it's time for someone else to look into the strange story/reality of the alleged UFO crash in Utah in 1950 - just maybe there is still more to be found.