UFO Religions Back in the News

While the big three major world religions get all of the publicity, there are plenty of other spiritual collectives between them and atheism. One group that attracts a lot of paranormal fans are the UFO religions whose members subscribe to the existence of extraterrestrials traveling to Earth in unidentified flying objects, often to take part in the evolution of humanity. Two such groups coincidentally popped up in the news recently, proving that they’re not as obscure as some might think (or hope).

A hearing was held in Boston this week in the case of Olga Paule Perrier-Bilbo, a French national who wants to become an American citizen … except for the part about taking an oath of citizenship that ends with the words “So help me God.” Perrier-Bilbo’s objection comes from her membership in the Raëlian movement, which is a UFO religion founded in 1974 by French car racing journalist Claude Vorilhon, who changed his name to Raël after being contacted by an ET in a spacecraft who claimed to have selected him to deliver a new origin message to humanity and start a religion based on it. 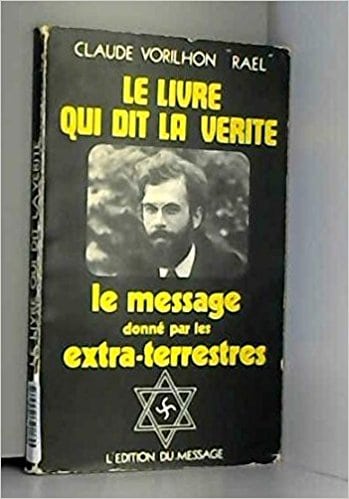 In his first book, Le Livre qui dit la vérité ("The Book Which Tells the Truth"), Vorilhon says the alien’s species sent scientists called Elohim ("those who came from the sky") who created all life on Earth through DNA manipulation. The alien, also an Elohim, took Vorilhon or Raël to their planet where he allegedly met Buddha, Moses, Jesus and Muhammad, who told him to be more like the aliens, who were peace-loving and had no money, sickness or wars. Raël’s followers support human genetic engineering, genetically-modified foods and other futuristic technology.

Perrier-Bilbo just wants to be a good Raëlian-American and she was given the opportunity to take a modified oath in a private ceremony, but in this litigious, political and social media world, that wasn’t enough.

“My hope is for the phrase, ‘So help me God’ to be stricken from future naturalization ceremonies and for this lawsuit to encourage other atheists or agnostics who want to defend the constitution to fight against this anti-constitutional oath.”

As of this writing, the results of the hearing are not known.

Meanwhile, members of the Aetherius Society announced its “Operation Prayer Power” pilgrimage in July to Holdstone Down in north Devon, England, where its founder, George King, claimed to have met Jesus in 1958 and received some shocking news:

"I knew, although he didn't tell me, I knew he was Jesus and he had come from the planet Venus - I didn't have to be told, I just knew this."

King was apparently chosen for this meeting because in 1955 he founded the Aetherius Society after claiming he received a telepathic communication from Aetherius, an alien intelligence representing an “Interplanetary Parliament" that existed on Venus, as well as Mars, Jupiter and Saturn. King, who died in 1997, was said to have delivered more telepathic messages with predictions of UFO sightings. The religion itself borrows from yoga, Eastern mantra and New Age and promotes spiritual self-advancement and world service. Not a bad mission. 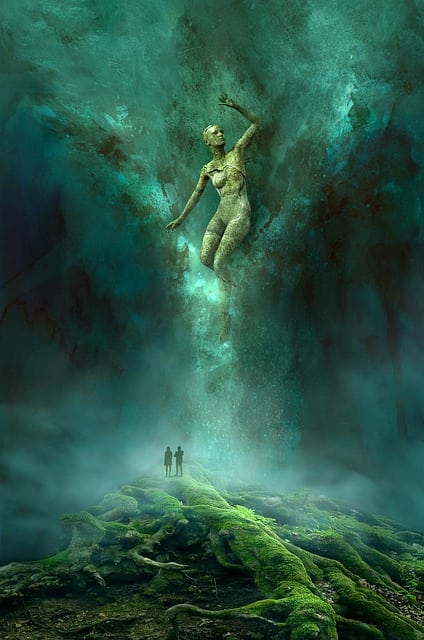 Another benefit for Aetherians is that Holdstone Down isn’t the only “holy mountain.” Besides Yes Tor, also in Devon, there’s Castle Peak in Colorado, Mount Ramshead in New South Wales, Kilimanjaro in Tanzania and Le Nid d'Aigle in France. If you’re going to make a pilgrimage, it’s nice to go to beautiful spots.

Of course, no matter where they go, the “cosmic mission” of George King and the Aetherians always gets overshadowed by that “Jesus is from Venus” thing, which is why they were once again in the news.

Will we ever be able to accept the beliefs of others and get along? 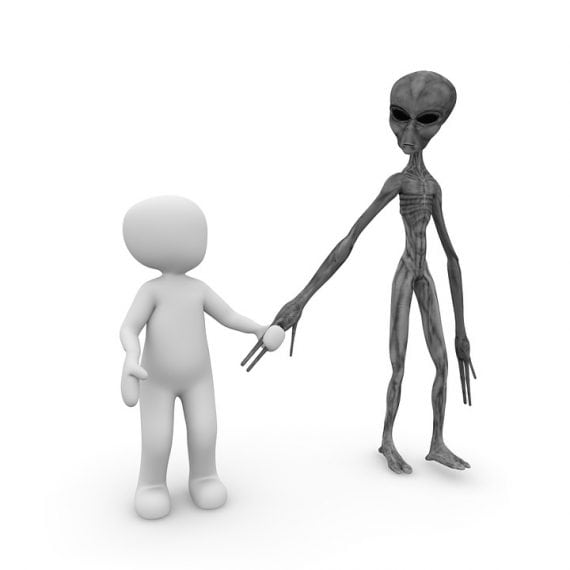