UFOs: “A Memorandum of Importance”

I'm not entirely sure why, but just recently a 71-year-old statement on UFOs has been circulating here and there on the Net. It cropped up just a couple of days ago in the comments section of one of my Facebook posts.  And it also popped up on the website of a radio show I was on recently. It's also a statement that has caused some confusion and outright mistakes. Basically, it's one person's theory on what is behind the UFO phenomenon. The writer makes a lot of controversial claims that take matters far away from the regular "nuts and bolts" aspect of Ufology. As for why some people have gotten all excited about it, there's no doubt that it's because the statement is available at the FBI's website, The Vault.

The statement at issue - titled "A Memorandum of Importance" - was prepared in early July 1947. And, as the writer noted: "This Memorandum is respectfully addressed to certain scientists of distinction to important aeronautical and military authorities, to a number of public officials and to a few publications." He or she continues: "The writer has little expectation that anything of import will be accomplished by this gesture. The more fact that the data herein were obtained by so-called supernormal means is probably sufficient to insure its disregard by nearly all the persons addressed; nevertheless it seems a public duty to make it available. (The present writer has several university degrees and was formerly a university department head)." 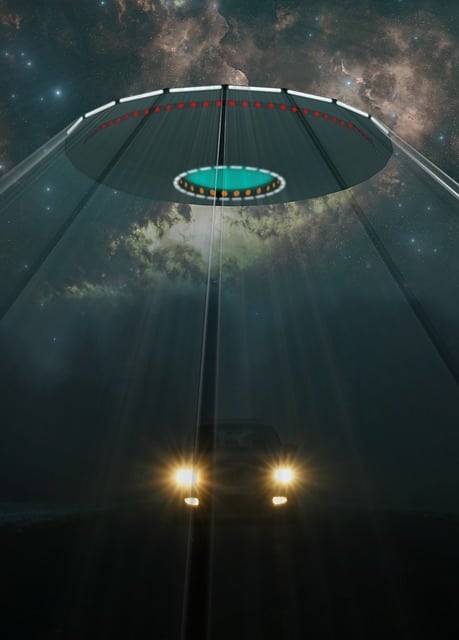 Our source warns: "A very serious situation may develop at any time with regard to the 'flying saucers.' If one of these should be attacked, the attacking plane will almost certainly be destroyed. In the public mind this might create near panic and international suspicion. The principal data concerning these craft is now at hand and must be offered, no matter how fantastic and unintelligible it may seem to minds not previously instructed in thinking of this type." We are then given a list of nine issues that the writer claimed knowledge of:

"1. Part of the disks carry crews, others are under remote control. 2. Their mission is peaceful. The visitors contemplate settling on this plane. 3. These Visitors are human-like but much larger in size. 4. They are NOT excarnate earth people, but come from their own world. 5. They do NOT come from any 'planet' as we use the word, but from an etheric planet which interpentrates with our own and is not perceptible to us. 6. The bodies of the visitors, and the craft also, automatically "materialize on entering the vibratory rate of our dense matter. (Cp. 'apports.') 7. The disks possess a type of radiant energy, or a ray, which will easily disintegrate any attacking ship. They re-enter the etheric at will, and so simply disappear from our vision, without trace. 8. The region from which they come is NOT the 'astral plane', but corresponds to the Lokas or Tales. Students of esoteric matters will understand these terms. 9. They probably cannot be reached by radio, but probably can be by radar, if a signal system can be devised for that apparatus."

We are then told: "We give information and warning, and can do no more. Let the newcomers be treated with every kindness." There's no doubt that the statement is an interesting one. After all, it was written only around two weeks after the historic Flying Saucer encounter of Kenneth Arnold, near Mt. Rainier, Washington State, on June 24, 1947. And, it's intriguing because the source's words cover things which are far removed from the likes of "rocket ships" and "Martians" and other sci-fi-themed issues that were popular in the '40s. Now, I don't know if the writer of the statement was onto something or not. But, here's the important thing: as I said at the beginning of this article, I have seen people recently put a lot of faith in this statement, purely because it's on the FBI's website. 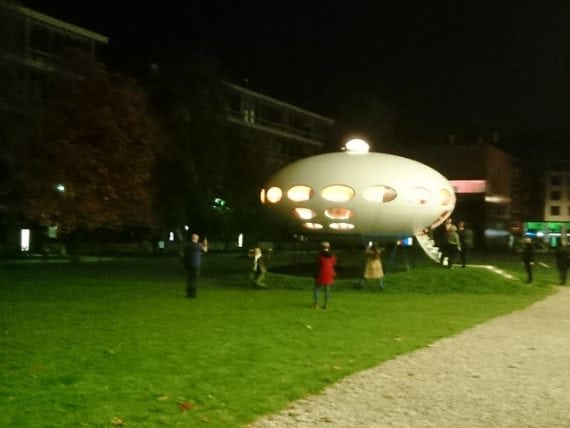 The fact is that the FBI declassified its UFO files - under the terms of the Freedom of Information Act - way back in the 1970s. The statement above was included in that approximately 1,700-pages of declassified material. And, the statement was available to anyone and everyone, post-1976. In other words, there's nothing new about this at all.  And you can access it at this PDF link, and by scrolling down to page 22. But, let's put things in perspective: the FBI got  a lot of correspondence in the summer of 1947 (when the Flying Saucer craze was at its height), much of which revolved around not just sightings of UFOs, but theories for what they might be, too. There's no evidence at all that this statement was acted on by the FBI, aside from sharing it with the military and filing it away.

All of which brings us to today. One guy very recently sent me a draft of an article he was preparing on this July 1947 statement. I was amazed to see that he had spectacularly misread it and thought it was an official FBI document, rather than what it really is: a statement prepared by a member of the American public and retyped by an FBI secretary for internal purposes!  So, if you happen to see this particular one-page document over the next few days and weeks, by all means take a good look at it. It does, admittedly, make for thought-provoking reading. But, just because someone's theory for the UFO phenomenon reached the eyes of the FBI, and was kept on-file by the FBI too, doesn't mean it's the truth behind the mystery of Flying Saucers. In '47, the FBI was absolutely swamped with letters from people giving their views on UFOs. The July 1947 statement is just one of many.