US Politicians Call for Congressional Hearing on UFOs

It’s long been said that “If you want something done right, do it yourself.” How long? The quote is attributed to French playwright Charles-Guillaume Étienne in the early 1800s. The saying in French is "On n'est jamais servi si bien que par soi-même," which translates literally to the more cumbersome "One is never served so well as by oneself.” Two hundred years later, the saying resonates stronger than ever, and now it’s becoming a driving force in the world of UFOs (see Tom DeLonge). Politico, the Washington DC-based political journal, recently began a website called POLITICO Space, a “weekly must-read briefing on the policies and personalities shaping the second space age.”

To launch POLITICO Space, Politico Defense Editor and Space writer Bryan Bender held an announcement panel discussion in mid-April. Joining him were fellow space Jaqueline Klimas, President and CEO of the Coalition for Deep Space Exploration Mary Lynne Dittmar and US Congressional Representatives Ami Bera (Democrat, California) and Randy Hultgren (Republican, Illinois). This was no space junket -- Dittmar is an advisor President Trump on space policy and Bera and Hultgren are members of the House Committee on Science, Space, and Technology.

When you’re doing things yourself, you don’t let the opportunity to question space heavyweights and policy makers pass you by, so Bryan Bender referred to the Pentagon UFO revelations of last December and hit them with both barrels of his photon torpedo launcher:

“You hear these reports. We have been hearing them for decades from many credible people. Other countries take it more seriously. They have government researchers who, in the open, not in secrecy, try to explain the unexplainable. Should we be doing more? Or is this just crazy sci-fi stuff that is a waste of time?”

Talk about a loaded question! It would have been easy to deflect it (after all – they’re politicians) and move to what they really want to talk about (campaign donations), but Representative Bera gave a straightforward and unexpected answer.

“I’ve actually talked to the chairman of the subcommittee, Brian Babin, as well as Lamar Smith, the chairman of the full committee. I said we ought to have a hearing on this, right? We ought to bring some folks in. Look, if you want to boost our C-SPAN ratings, a lot of people would be really interested. We don’t know what these phenomena are. Obviously, it’s important enough to allocate some funds and we ought to talk about what we can talk about.” 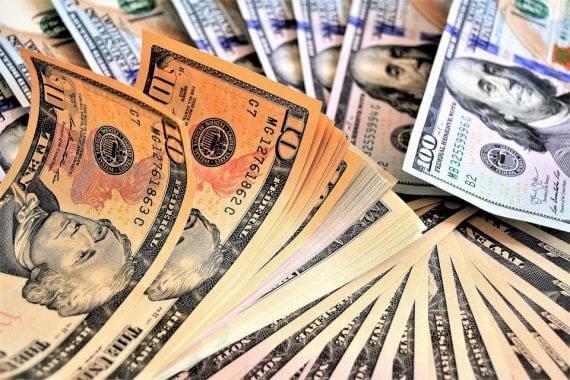 Bera said the magic word … “funds.” Spending money shows he’s serious. And he wants to put it on TV, which should get the president interested. Republican Hultgren agrees.

“It definitely piques interest. It gets people engaged.”

We're already piqued and engaged -- it's time for Congress to catch up. Will government money really get allocated and spent on opening up secret files and getting new UFO research started? Will the discussions be held out in the open on C-SPAN? (Would they get more viewers on Netflix?)

Representatives Bera and Hultgren have committed and they name-dropped Brian Babin and Lamar Smith – both Republicans from Texas. Smith is retiring so Babin better get onboard. He doesn’t have to worry about the 2018 election because his only opponent is the Green Party candidate (which in Texas means he’s running unopposed). Will they follow through? Expect POLITICO to keep reminding them.

And a special thanks to POLITICO Space for reminding us once again:

“If you want something done right, do it yourself.”

Researchers Claim Strange Circular Rotating Island is an ET Base