Miracle: a surprising and welcome event that is not explicable by natural or scientific laws and is therefore considered to be the work of a divine agency.

Weeping statue: a statue which has been claimed to have shed tears or to be weeping by supernatural means.

There have been stories of statues weeping, blinking, crying and winking ever since the dawn of statues. While only the pigeons know for sure, the accounts have been prevalent enough that the Catholic Church, paranormal investigators and hoax busters have fought their way through the crowds of believers and wannabelievers to attempt to vouch for their authenticity or prove them to be hoaxes. So far, the hoaxers have a near-perfect batting average (only one weeping statue has been certified by the Vatican) , but that hasn’t stopped representatives of the Catholic Church from visiting Our Lady of Guadalupe Catholic Church in Hobbs, New Mexico, where many parishioners claim to have seen a statue of Our Lady of Guadalupe appear to be crying. Is this the one that will breaking the miracle losing streak?

"I actually saw how she was dripping, and that's when I took the video and it's just incredible.”

Local TV station KRQE reports that witness and 10-year parishioner Marcelo Servin got a video of the alleged weeping, something that will help investigators. Witness Paul Campos will also help them.

"You can even get a sense of her presence. You can smell roses in her tears. I've got a tissue that I've taken, wiped from her mantle.”

Samples and videos have helped debunk weeping and bleeding statue accounts in the past, with the videos showing alterations and DNA tests showing, in one instance, that “dripping blood” was from a male. These statues are usually made of plaster and sometimes hollow, both of which allow for absorption of moisture or alterations that perpetrate the hoax. However, this one is not plaster.

"I couldn't tell you. I mean, I think that faith is an issue. Technically, of course, the metal doesn't hold water."

KVIA tracked down Ricardo Flores Kastanis, who works at the foundry in Mexico City where the bronze statue – that’s right … bronze -- was cast and then loaned to the church in Hobbs. He’s at a loss and is anxious to find out what the church investors discover. What that might be is the other way some weeping statue hoaxes are perpetrated – by applying water or oil to the statue when no one is looking. Church members claim there was nothing on the statue until a service on the previous Sunday when it suddenly appeared to be weeping.

Or was that just the first time anyone looked at the statue closely? 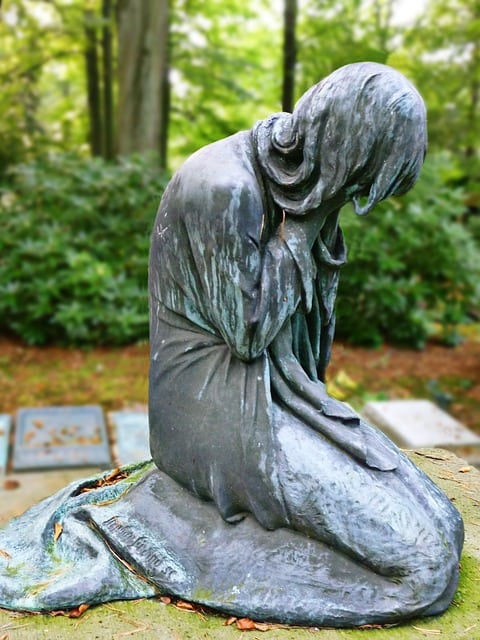 Whatever the case, the statue has been under constant observation since then because the crowds have forced the pastor, Father Jose “Pepe” Segura, to keep it open. He’s also anxious for an investigation by the local Diocese of Las Cruces, whose leader, Bishop Oscar Cantú, said it has already begun. Father Pepe is part of it because he also wiped up some of the “tears” with a napkin – which he saved – and claimed that more tears appeared. There is apparently another sample someone preserved in cotton balls. Diocese spokesperson Deacon Jim Winder assures everyone the investigation will be fair and thorough. He plans to do DNA tests on the tear samples, examine the statue for hidden tubes, consult with the bronze experts at the foundry and interview the witnesses, which may number in the hundreds. That could take years.

“We will investigate to rule out any chances of man-made causes or natural causes. We don’t want to jump to any conclusions.”

It’s May, it’s hot in New Mexico and the bronze statue is a new addition to Our Lady of Guadalupe Catholic Church in Hobbs. Could it be condensation forming on the cold bronze?

Or will it be proven to be a miracle?

A Diary of the Damned