What is the Future for Cryptozoology?

Just recently, and mainly at Facebook, there has been significant debate on the matter of the future of Cryptozoology. Or, more correctly, the possible lack of a future for the subject. For those who may not know, Cryptozoology is the study of unknown animals. We're talking about the likes of the creatures of Loch Ness, Scotland; the Bigfoot of the United States; such legendary lake-monsters as Ogopogo and Champ; and China's equivalent of Bigfoot: the Yeren. Many people commented - with a great deal of justification - that Cryptozoology is not what it once was. A couple of friends of mine have practically quit the subject recently. You only have to take a cursory look into the history of Cryptozoology to see that, even up until recent times, the subject was dominated by expeditions to the Himalayas in search of the Abominable Snowman, also known as the Yeti; to the Congo in search of the mysterious Mokele-mbembe; and to the jungles of Sumatra to seek out the unknown ape called Orang pendek. Such expeditions certainly still continue, but not on the scale of previous years.

Now, don't get me wrong, all of the above still occurs. For example, just last year a good friend of mine, Shelly Covington-Montana, spent no less than three months living, and looking for, Bigfoot in the Pacific Northwest. And, we are talking about miles and miles deep into the forests. She came back with a body of fascinating data. In a handful of years, Shelly has done more field research than most Bigfooter-seekers do in a lifetime. Shelly does things the way they should be done. The problem we have today is that which is created by TV. The world of "entertainment' is meddling in the subject to such a degree that much of what passes for Cryptozoology is actually distortion. At its worst, it's outright lies. As was rightly noted in the Facebook debates, so much of what defines Cryptozoology is now dictated by the world of television. And, the image is not a good one. The last TV show I was filmed for - in the field, so to speak - was in 2014. It was a trip to Puerto Rico, and one which proved to be quite profitable, in terms of securing new witness testimony. It was a very good experience. But, now, it's all about something very different. You know the shows I'm talking about: the ones which are dominated by "reality TV" ("unreality" would be a much more accurate word to use). Such shows are basically comprised of a bunch of lies and fabrications. And the shows never achieve anything. Filming someone in the woods, at night, for 20 minutes does not amount to an investigation. Nor does dressing someone in camo-gear and having them tiptoeing through the woods in search of Bigfoot for half an hour. And, to save money, they probably didn't even do the filming where they claimed to have. In fact, I know of an outrageous saga that falls right into that latter category and which I'll share here one of the days.

So, with that all said, can the field of Cryptozoology be saved? Or, is the subject destined to become nothing but something that the world of TV can get its manipulative claws into? Well, it all depends on whether or not a major breakthrough occurs in the field of Cryptozoology. As I see it, there is one way in which Cryptozoology can return to what it was intended to be: the search for unknown animals. One of the reasons why so many TV shows on Cryptozoology are fabricated in very simple: the producers and directors know they have very little chance of finding hard evidence, so they make it all up. I know they do. And their subservient, soul-selling stars go along with it. I would say they go along with it like a faithful dog. That, however, is an insult to every dog on the planet right now and to every dog that ever lived. But, let's say that we actually find something amazing and incredible. Would that get Cryptozoology out of the situation that much of it is in now? As I see it, yes, it would. 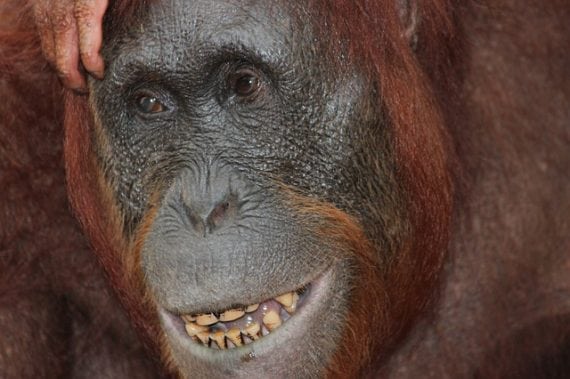 There are two creatures that, if found, would, I think, turn things around in a positive fashion. One is the Thylacine and the other is the Orang pendek. Now, the Thylacine is not an unknown animal. Rather, it's a marsupial that is presumed to be long-extinct, specifically since the 1930s. For decades, however, there have been numerous, and very credible, sightings of Thylacines in New Guinea. The Orang pendek is said to be an ape that walks upright, just like us. And just as is the case with the Thylacine, there have been a number of highly significant encounters with the Orang pendek on Sumatra.

It would not at all surprise me if, in the very near future, we find evidence that (a) the Thylacine did not become extinct; and (b) the Orang pendek is not just a legend. In fact, I will go so far as to suggest that we will fine evidence of both in the next few years; I really do think we are that close. Such discoveries will have a profound, positive effect on Cryptozoology. They may even inspire new generations to hit the road in search of unknown creatures - and in the way it should be done. And, hopefully, that new enthusiasm for real expeditions and real adventure may signal the end of those absolute bullshit, lying shows that portray Cryptozoology in just about the worst ways possible.