While the traditional image of the werewolf is, without a doubt, the first thing that springs to mind when a discussion of shapeshifters takes place, the truth of the matter is that there is a veritable menagerie of such infernal things in our midst. Were-cats, were-tigers, were-hyenas, and were-coyotes are also near the top of the monstrous list. Then, there are the ancient beliefs that those who died violent deaths – or those who were, themselves, murderers – were often destined to return to our plain of existence in the forms of hideous beasts, including wild and savage ape-like animals, fearsome black dogs with glowing and blazing red eyes, and mermaid-like things. There are also beings from other worlds: aliens, extraterrestrials, and Men in Black. Even the legendary monsters of Loch Ness, Scotland, are believed – in certain monster-hunting quarters – to be paranormal beasts that have the ability to alter their appearances at will. As are legendary vampires, who, the old legends suggest, can transform into the likes of bats and wolves.

Collectively, all of these “things” amount to an absolute army of otherworldly creatures, and half-human monsters that have plagued and tormented us since the dawning of civilization. And, they show zero signs of slowing down anytime soon. The things you thought were only fit for campfire tales, late-night stories intended to thrill little children, and entertaining monster-movies, are, in actuality, creatures of the real world. Of our world. Shapeshifters are everywhere: they lurk in the shadows, in the deep woods and expansive forests, in dark and dank caves, and in the murky waters of our lakes and rivers. Maybe even, after sunset, in the recesses of your very own backyard, patiently waiting to pounce. And many of them like nothing better than to terrorize and torment us, the human race. Let's take a look at a few examples. 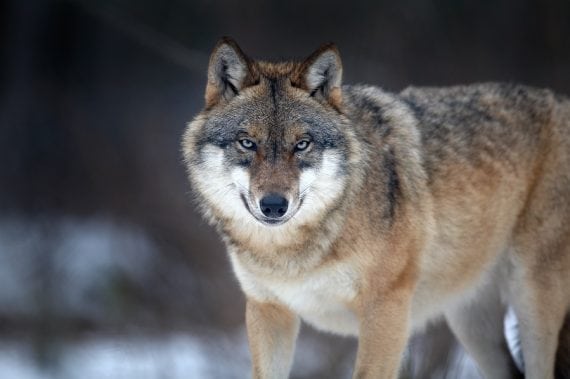 The latter part of the 1800s saw the surfacing of a tale of shapeshifting out of Germany – a country that has a long and checkered history of encounters with werewolves. It’s specifically to the town of Ludwigslust we have to turn our attentions; a town with origins that date back to 1724.  One particular creature that became almost legendary in 1879 was a large, wild wolf that seemingly was completely unaffected by bullets. The brazen beast would even creep up on hunters and steal their bounty: their dinner, in other words. It’s no surprise that word soon got around that maybe the wolf was more than just a nimble animal that had been lucky enough to avoid getting shot. Some thought it was supernatural in nature. Others, in quiet tones, suggested Ludwigslust had its very own werewolf. They were right. Witnesses claimed to see a wizened old witch transform into the deadly beast - and back again.

In April 2016, a very strange story surfaced out of the north of England. And to the extent that not just the local media, but the national media, too, were busy chasing down the strange and sinister story of what has become known as the “Werewolf of Hull,” reportedly an eight-foot-tall, hair-covered monster. The case was, however, notable for the fact that several of the witnesses claimed the beast shape-shifted from a terrible, foul monster into the form of a black-cloaked old witch. Most of the reports surfaced in and around the vicinity of what is called the Beverley and Barmston Drain, a land drainage operation, the origins of which date back to the latter part of the 1800s. A tunnel that carries the drain can be found below an old bridge on Beverley Beck, a canal in East Riding, Yorkshire, England – a location where a number of the encounters with the hair-covered thing have taken place.

So, what might the creature have been? The U.K.’s media picked up – and picked up quickly and widely – on a local legend of an abominable beast known as “Old Stinker.” It’s a terrifying half-human / half-animal-style thing that has a long history in the area – one which dates back centuries. So the story goes, it took its name from the legend that it allegedly suffered from severely bad breath! And its physical appearance was said to have been no better either: it was covered in hair, and had piercing and glowing red eyes. On top of that, it regularly devoured the corpses of the recent dead.

Jennifer’s encounter occurred in her small Oregon hometown in the fall of 2011. Late one night, Jennifer saw what she assumed was a large black dog walking towards her, on the sidewalk. As the creature got closer, Jennifer was horrified to see it was actually a significantly-sized cat. As in the size of a jaguar. Jennifer was about to make a run for cover – but to where, at that time of night, she admitted she had no idea – when the cat suddenly stood upright, changed its appearance and ran across the road, at a phenomenal speed, and vanished into an alley on the other side of the road. Notably, Jennifer said that the cat did not lose its black color as it changed into human form – nor did it lose its cat-like head. It was, according to Jennifer, something that appeared half-human and half-cat. A definitive were-cat. 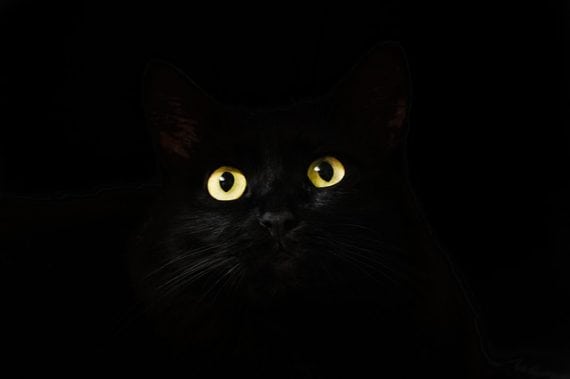 Of the many and varied kinds of “elementals” that were said to possess the awesome powers of shapeshifting, certainly one of the most mysterious, and strangest of all, was the Dryad. It was a definitive entity of magical proportions that took shapeshifting to a truly unique level – as we shall now see. The Dryad was a supernatural entity that features heavily in ancient Greek mythology, and which was exclusively associated with forests and woods, and trees. There was a very good reason for that: the Dryad had the uncanny and eerie ability to transform itself into a tree!

Perceived almost unanimously by Native Americans as a trickster-like animal, the coyote is said to have the ability to control the weather, specifically rain and storms. And, like so many other trickster entities – such as fairies and goblins - the coyote can be friendly, playful, and helpful. But, and also like all tricksters, the coyote has a dark side: it can be manipulative, deceitful, and even deadly, and as the mood takes it. As for what Native American lore says of the shapeshifting abilities of the coyote, we are told that the animal can take on human form – usually in the guise of a man with a large mustache. Coyotes are said to be able to transform into the forms of birds, fish and cats. Also according to Native American mythology, witches and those familiar with magical rituals can transform themselves into coyotes. Thus, a coyote seen running wildly late at night may well be a shapeshifting witch or wizard, embarking on some dark and disturbing mission.

Japan has its very own shapeshifter: the Kitsune. It is a word that means “fox.” Japanese lore has long maintained that each and every fox that lives – and which has ever lived – has the ability to take on the appearance of a human, whether that of a man or of a woman. And, like many of the shapeshifters that we have focused on so far, the Kitsune alternates from being a malevolent creature to a placid and helpful entity. Mostly, however, it acts as a classic Trickster – manipulating people, and playing endless mind-games.

And that’s just the start of things: the Men in Black who terrorize UFO witnesses have been seen to morph into the forms of blazing-eyed black dogs. The legendary Mothman of Point Pleasant, West Virginia has been described variously as a winged humanoid, as giant bat-like animal, and as a huge bird. Clearly, the beast is able to take on multiple guises. Bigfoot witnesses tell of the creatures changing into bright balls of light. The legendary creatures of Loch Ness are said to have the ability to take on the forms of beautiful women and large black horses.