A Snake With Legs? Science, Genetic Mutation, and the Search for New Species

Are there animals on Earth that remain undiscovered? The simple answer to this question is a resounding "yes!"

Granted, there are some considerations that should be given while discussing this subject. The zoological community does believe, for instance, that the majority of all mammal and bird species have been documented, with a small number--in the neighborhood of ten to twelve examples--that may have evaded discovery or reporting so far.

The same can generally be said of reptiles and amphibians, and while most species of fish and aquatic life have been documented, there are nonetheless new discoveries that are made every year, due largely thanks to the vastness of the oceans. Unlike mammals, undiscovered fish and reptile species are believed to number in the thousands, by some estimates. 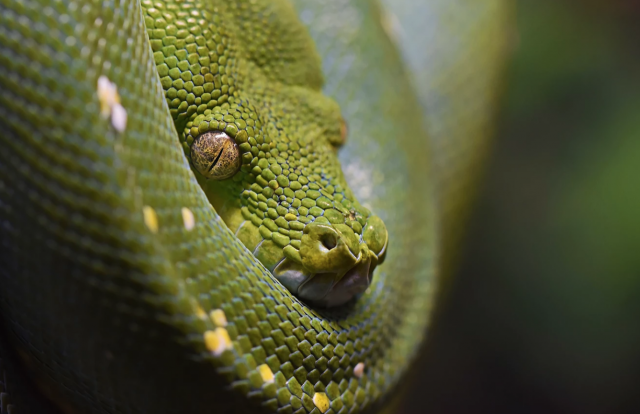 With all this taken into consideration, it goes without saying that I have heard some very unusual animal stories over the years. Most of these are fairly easily explained, once a few of the details about the encounter have been fleshed out; on rare occasions though, some of the stories leave things more open-ended in terms of what the observer may have actually seen.

A curious story comes to us from the back roads of central Georgia, where more than a decade ago a group of DOT workers found something novel by the side of the road. An article I had previously published on legends of the Pacific Northwest in a periodical around that time prompted the witness, a gentleman named Clyde, to write me a letter about what he had seen (yes, an actual letter… people used to send correspondence by mail in those days, and on occasion still do).

I am very enthralled by cryptozoology, especially the variety dealing with critters which seem to match no others extant, but seem as the denizens of a bad acid trip.

Here in central Georgia several years ago, a retired chiropractor, while driving to a small-town, noticed a group of DOT (highway repair) workers standing in a huddle on the side of the road. Since small town folk tend to know each other, he stopped and inquired about the focus of their attention.

It seems that they had captured what he describes as a rattlesnake with two front legs and claws, from around which course hair hung forth.

The old guy is not a drunk, liar, or one to see things not there. I plan to try to interview the people of that road crew if they're still around. I haven't had time yet, and with cost of gas and long distances in this region…

The fool who had possession of the critter said he wanted to stuff it. I would imagine that a living entity would provide greater proof of it's being a true cryptid.

What was the animal that Clyde described in his letter? As strange as a “legged” rattlesnake may sound, there are instances on record that describe similar discoveries. In January 2015, a snake with legs was found in the home of a resident of Isabela, Philippines, which experts later determined to be a genetic mutation. An almost identical deformity was noted with the discovery of a snake in China in 2009, when the creature was discovered within a home making its way slowly across an interior wall. The creature was found to have a strange, frog-like leg protruding from its body. The incident was reported in The Telegraph as follows:

Dean Qiongxiu, 66, said she discovered the reptile clinging to the wall of her bedroom with its talons in the middle of the night.

"I woke up and heard a strange scratching sound. I turned on the light and saw this monster working its way along the wall using his claw," said Mrs Duan of Suining, southwest China.

Mrs Duan said she was so scared she grabbed a shoe and beat the snake to death before preserving its body in a bottle of alcohol.

The snake – 16 inches long and the thickness of a little finger – is now being studied at the Life Sciences Department at China's West Normal University in Nanchang.

In addition to genuine snake species bearing such “vestigial” legs as a result of mutations, there are also species of lizards known to science, known generally as legless lizards, which have at times blurred the lines between serpents and their legged kindred. Point in case, in Vientiane, Laos in the summer of 2011, a rare variety of the skink species, Lygosoma haroldyoungi, was found near the Kaisone temple, which attracted interest for being mistaken as another “snake with legs."

To further complicate matters, here in the United States there are actually varieties of legless lizards which otherwise appear identical to snakes, apart from their lizard-like heads, ear openings, and movable eyelids that contrast starkly with the physical characteristics of any snake species. To the untrained eye, these slithering creatures might appear indistinguishable from the common garter snake, an often colorful North American grass-dwelling snake of the Thamnophis genus (a species which, as I discussed recently, are quite extraordinary and strange in and of themselves).

A final consideration, in the case of our hairy, front-legged rattlesnake, involves the existence of a fairly large amphibian that can be found in rivers and streams throughout the southeast, called the hellbender. While hellbenders can get quite large, they do possess gill protrusions in their early life (or larvae stage) that might at least bear some resemblance to hair. However, these large salamanders seldom stray far away from their cozy stone lairs in creekbeds; it seems unlikely that DOT workers might have encountered one on land.

Evolutionarily speaking, ancestors to modern snakes did possess appendages, and hence, modern serpent varieties still possess some of that genetic information. It is possible that in some rare instances a mutation could occur; pythons, for instance, already produce small claws from their skin on occasion, which are vestigial remnants of limb protrusions their ancestors would have possessed. Hypothetically, a particular mutation that would affect what is called the Sonic hedgehog gene (no seriously, that's what they call this particular gene) could explain why some snake species occasionally appear to have legs, or at very least, protrusions similar to them.

Or, as National Geographic writer Delaney Chambers wrote two years ago, "What that means is it’s possible for the pythons of today to grow legs—and it doesn’t require an entire evolutionary cycle for them to do so. They just need the right genetic mutation to help along the limbs they already have."

Hence, in the broader scheme of studying animals as-yet unknown to science, from time to time we must give consideration to simpler explanations... not that understanding the ins and outs of genetic mutation is an "easy" explanation, per se. It is, however, more likely in some instances than the alternative: that there an entirely new species of venomous snake, possessing tufts of hair and leg-like appendages, has been roaming the southeastern United States. If I had to guess between these two, my bet would be on mutation!

Getting It On With a Machine