A Tale of an Exploding UFO Implodes

Here's my third and final article (well, for now, at least...) on how and why we need to be so very careful when it comes to addressing and investigating tales of UFOs that have fallen to Earth. This one deals with a case that has been championed by quite a few UFO researchers, but which may actually have had completely down to earth origins. We are talking about a puzzle that dates back to 1957. It was midway through September of that year when a man named Ibrahim Sued became the recipient of a strange and controversial tale. It dealt with the explosion in the skies of Brazil of nothing less than a circular-shaped UFO. In other words, a Flying Saucer.

As a journalist on O Globo - a Brazilian newspaper - Sued decided to look deeper into the matter, primarily to see if there was any truth to the claims. Or, if it was someone's idea of a big joke. According to the unknown letter-writer, the location was Ubatuba, Brazil. Part of the letter sent to Sued read as follows. The Flying Saucer, Sued read,  exploded into  "thousands of fiery fragments, which fell sparkling with magnificent brightness… most of these fragments, almost all, fell into the sea. But a number of small pieces fell close to the beach and we picked up a large amount of this material, which was as light as paper. I am enclosing a sample of it."

Researcher John Harney has taken an interest in the matter of the Ubatuba affair and that intriguing "sample." He says: "The material was given a spectrographic analysis and the report merely indicated that this showed the presence of magnesium of a high degree of purity and absence of any other metallic element." 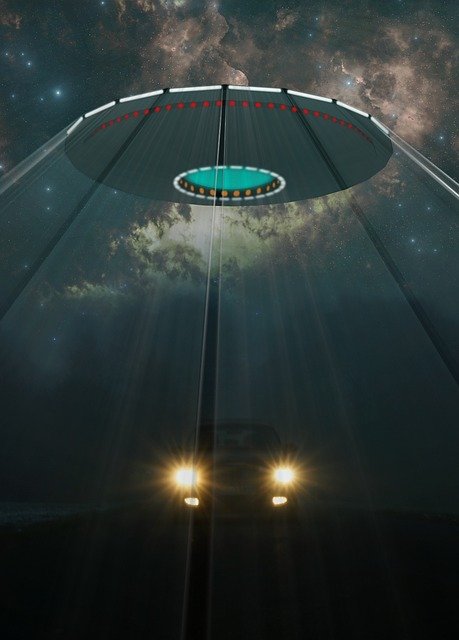 All of which brings us to what was termed the Condon Committee. Of the committee, Micah Hanks writes: "By the mid 1960s, the USAF was getting to a point of being content with dropping the entire matter, should an element manage to come along that would provide a vehicle for cleansing its hands. That vehicle did eventually arrive, in what became know as the Condon Committee, headed by University of Colorado physicist Edward U. Condon (pictured above). For many, Condon and his team’s final report on UFOs was the ultimate death nail in serious UFO studies, with a number of researchers since its issuance claiming that Condon had completely lacked objectivity, and had perhaps even conspired to demolish the credibility of UFO research by scientific institutions altogether."

It turns out that the Condon Committee, at one point, was given access to a sample of the material which rained down on Ubatuba, and which was said to have been pure magnesium. The committee members reported: "Although the Brazilian fragment proved not to be pure, as claimed, the possibility remained that the material was unique." It also exhibited a high degree of strontium. This excited the ufologists of the day. But, the Condon Committee was careful to note that finding strontium in magnesium was nothing new. In fact, Dow Chemicals had, as far back as 1940, manufactured magnesium which exhibited significant strontium, and which had nothing to do with UFOs and aliens.

Now, yes, as we have seen from Micah Hanks' words, the ufologists of the day were significantly suspicious of Edward Condon and his committee. But, the fact is that, in this case, the Condon Committee did investigate the Ubatba incident - their files fully reflect that - but came away positively underwhelmed. That was not what ufologists wanted to hear. But, it's definitely what they got. 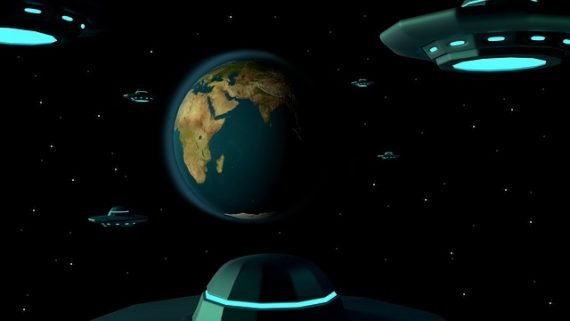 There is another important issue, too, which definitely needs addressing. As ufologist Kevin Randle notes: "...the magnesium samples that allegedly came from an exploding UFO cannot be traced to the beach in Brazil where they were recovered. Instead, they can be traced to the columnist in Brazil who first reported the case in the newspaper and that alerted Dr. Olavo Fontes...the APRO Brazilian representative to the crash. No one has ever come forward, nor has anyone been located, who can corroborate the tale told in the letter to the columnist nor who actually saw the explosion or the UFO."

In other words, we actually have no proof at all that anything exploded over Ubatuba, back in 1957. We have the words of an anonymous source that no-one ever located. And, we have evidence that the sample was something that could clearly be found right here on Earth. Should we dismiss this strange and enduring saga? Probably, yes.

A New Religion Based on Blockchain May Have a Prayer