A Warning For Those Who Want Aliens To Land

My previous article was titled "..the 'others' are far more advanced than we are." It was focused on the work of a National Security Agency employee named Lambros Callimahos. He was a man who had a deep interest in the matter of extraterrestrial life and its implications for us - good, bad or somewhere in between. The article began as follows: "Of the many and various UFO / extraterrestrial-themed documents and papers that have surfaced under the terms of the U.S. Freedom of Information Act, one of the more interesting ones is Communication with Extraterrestrial Intelligence. It was written back in the 1960s (specifically in 1965) by a man named Lambros D. Callimahos. He was a cryptologist with the National Security Agency. On September 23, 1965, Callimahos took part in a panel-style debate on the subject of his paper at a conference on military electronics in Washington, D.C."

It's worth noting that three years later, Callimahos wrote another paper on extraterrestrial life and UFOs. His 1968 paper was titled UFO Hypothesis and Survival Questions. He stated: "It is the purpose of this monograph to consider briefly some of the human survival implications suggested by the various principal hypotheses concerning the nature of the phenomena loosely categorized as 'UFO.' UFO Hypothesis and Survival Questions focuses its attention for the most part on five central issues: (a) All UFOs are hoaxes; (b) All UFOs are hallucinations; (c) All UFOs are natural phenomena; (d) Some UFOs are secret earth projects; and (e) Some UFOs are related to extra-terrestrial intelligence." 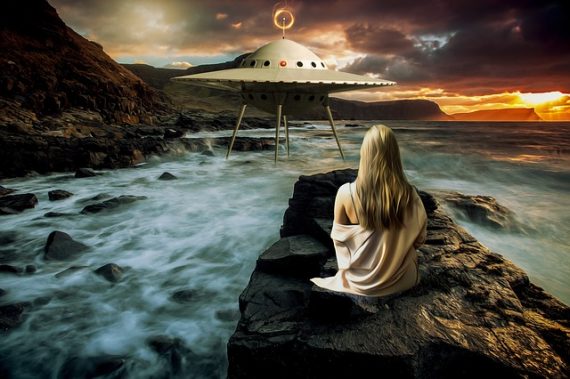 In relation to point "a," Callimahos said: "...the fact that UFO phenomenon have been witnessed all over the world from ancient times, and by considerable numbers of reputable scientists in recent times, indicates rather strongly that UFOs are not all hoaxes…” When it came to hallucinations, Callimahos had a few key thoughts: "People, of course, do hallucinate. Although groups of people hallucinating is rare, it has been known to happen. Machines have their own form of hallucination; the radar, in particular, 'sees' temperature inversions. But a considerable number of instances exist in which there are groups of people and a radar or radars seeing the same thing at the same time; sometimes a person and a gun camera confirm each other’s testimony. On occasion, physical evidence of a circumstantial nature was reported to have been found to support witnessed sightings. A continuing high percentage of reports of unusual aerial phenomena are being reported by people in responsible positions in science, government and industry. The sum of such evidence seems to argue strongly against all UFOs being hallucinations." He added: “Many UFOs have been reported by trained observers to behave like high speed, high performance, high altitude rockets or aircraft.”

As for the matter of at least some UFOs really being secret weapons, rather than extraterrestrial craft, Callimahos told his readers: "...[the] U.S. Air Force re-entry vehicle and an often publicized Canadian ‘saucer’ project leave little doubt as to the validity of this hypothesis. Undoubtedly, all UFOs should be carefully scrutinized to ferret out such enemy (or ‘friendly’) projects. Otherwise a nation faces the very strong possibility of being intimidated by a new secret ‘doomsday’ weapon.”

Callimahos also had fairly dire warnings for those who might think that an encounter with aliens would be overwhelmingly positive in nature. It's important to note that he wasn't talking about aliens attacking us and taking over the planet and trying to wipe us out - in The War of the Worlds or Independence Day style. Rather, Callimahos was talking about something else; something that was no less potentially hazardous, though. He spelled it out in eye-opening  and concise fashion:

"If 'they' discover you, it is an old but hardly invalid rule of thumb, 'they' are your technological superiors. Human history has shown us time and again the tragic results of a confrontation between a technologically superior civilization and a technologically inferior people. The 'inferior' is usually subject to physical conquest. Often in the past, a technologically superior people are also processors of a more virile or aggressive culture. In a confrontation between two peoples of significantly different cultural levels, those having the inferior or less virile culture, most often suffer a tragic loss of identity and are usually absorbed by the other people."

Could a worldwide encounter with aliens lead to our downfall, possibly in the way that Lambros Callimahos warned of fifty years ago? Maybe it really could...