About Those Winged Chupacabras

Mention the word "Chupacabra" to most people and it will almost certainly provoke imagery of strange, hairless dog-like animals mainly seen in the southwest area of the United States. They are actually coyotes with a few genuinely odd issues that go beyond just mange. It should be noted, however, that what passes for the Chupacabra today is very different to the original Chupacabra that surfaced on Puerto Rico in the mid-1990s. One of the most striking things about the Puerto Rican creature is that in more than a few cases it has been described as having wings. This is, of course, nothing like what has been seen in Texas, Arizona, New Mexico and Oklahoma. I'll share with you a few examples from my own files.

In 2004, I headed out to Puerto Rico with a team from the SyFy Channel to make a show on the Chupacabra. The show was titled Proof Positive. One of the witnesses was a woman named Norka, whose encounter occurred midway through 1975, twenty years before the Chupacabra phenomenon began. It was dusk, on a stiflingly hot, weekday night and the atmosphere – as day began to surrender to nightfall – was as normal and tranquil as it had ever been. It wasn’t long, however, before normality and tranquility gave way to something hideous. As Norka drove carefully and slowly along the twisting, climbing road, something suddenly surfaced from the huge, dense trees that stood proud and tall, like gigantic green curtains, and which dominated each side of the road.

Doing barely twenty miles an hour to begin with, Norka was easily able to slow down as a curious beast loomed into view. Norka, looking into the cameras of the SyFy Channel, said that only about twenty feet in front of her was the strangest, most terrifying animal it had ever been her misfortune to encounter. For all intents and purposes, it looked very much like a bat. Except, that is, for one astonishing thing: the abomination was around four to five feet in height. 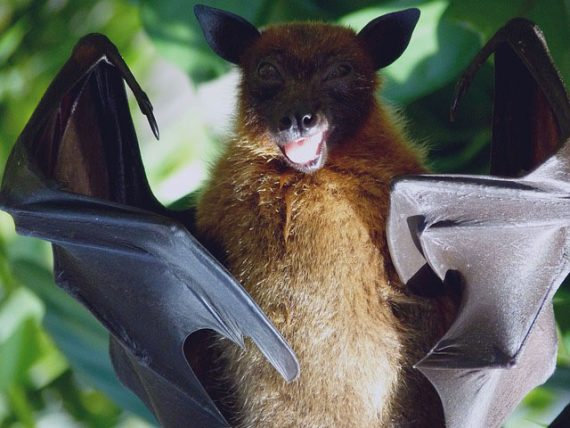 Not surprisingly, Norka could scarcely believe her eyes as the monster shuffled slowly across the road, its muscular legs taking slow but deliberate strides across the hot tarmac. With her eyes transfixed on the beast, Norka could see that its body was dark brown in color. Two large wings were folded tight against its back. The clawed fingers on its hands – that drooped in curious, limp fashion from its bony wrists - were of a distinct, white-yellow hue. Of a near-identical color were two enormous fangs that protruded from its gaping, almost slack-jawed, mouth. Most frightening of all to Norka were the eyes of the creature: focused intently on Norka herself, they were almost blazing, like red hot coals. It was soon gone from sight.

While I was on Puerto Rico in the summer of 2004, I gave my phone number to all of the Puerto Rico-based crew-members on the Proof Positive shoot, just in case any of them got any leads of the chupacabra variety. As a result, and late one morning not long after I returned home, I received a phone call from a woman I’ll call Rosa. I listened both carefully and intently as Rosa told me how, on a Friday night, around thirteen years previously, she was having a night on the town, in Old San Juan, with one of her girlfriends. The evening was normal, fun and just like any Friday night anywhere on the planet. At least, it was until they decided to head home.

For reasons which neither Rosa nor her friend could ever fathom, both developed a sudden and overpowering urge to drive to El Yunque. It was, said Rosa, as if the pair was in a kind of hypnotic haze. Around 1.00 a.m. they arrived at the base of the rain forest and took a long and winding road – one that I know very well – into its depths. They had driven along the compact, coiling road for around fifteen minutes when they encountered something that was as remarkable as it was terrifying: a very strange animal making its slow way across the road.

Whatever the creature was, it was certainly no regular resident of Puerto Rico. Somewhere in the region of four and a half feet in height, its color was gray, it moved across the road in a curious, tentative fashion (as if, said Rosa, it wasn’t even used to walking), and sported a pair of what were undeniably wings on its hunched back. The wings, she added, were so long, they dragged on the ground for a couple of feet behind the beast. There was one more thing: the animal had a pair of self-illuminating red eyes. That much was apparent when it stopped in its tracks and gave the friends an icy stare, after which it continued on its odd, clumsy, penguin-like walk to the left side of the road and vanished into the trees. 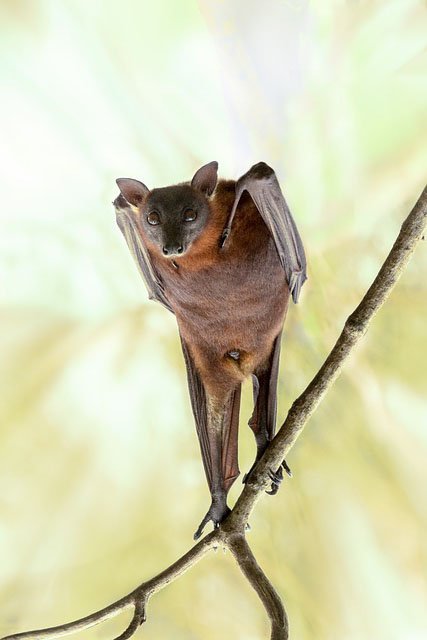 Then there was my 2005 trek around Puerto Rico with Paul Kimball's Redstar Films team from Canada.  A resident of a small village that was home to a cool-looking church, one which rather reminded me of an old English castle, our source had an encounter in early 2005 with…well…something. It clearly wasn’t your average chupacabra, but it did end with multiple animal mutilations; so, in that sense, the story has relevance. The month, the man thought, was February, and the time, definitely late evening. He was walking past the old church when an ear-splitting roar filled the air. It came from an area dominated by tall, thick trees and barely fifty feet away. Frozen rigid in his tracks, he stared intently at the woods.

Suddenly, something terrifying happened: a huge, feathery beast burst through the trees and took to the skies. Whatever the creature was, it was no ordinary bird; the incredible size of it, somewhere in the region of a man, made that abundantly clear. The man could only stare in awe as the infernal thing flapped its mighty wings and vanished into the distance.

To keep matters balanced, it's very important to read the words of Ben Radford on the matter of the Puerto Rican Chupacabra. He said that: "...the origin of the mysterious vampire beast el chupacabra can be traced back to a Puerto Rican eyewitness who saw the 1995 film Species, which featured a nearly identical monster. Though both vampire legends and 'mysterious' animal predation date back many centuries, there seems to be no evidence of any blood-sucking 'chupacabra' before the 1990s."

Ben also says: "The chupacabra has two origin stories invoked to help explain its sudden appearance: the first is that the creature is an extraterrestrial brought here by visiting aliens; the second is that the chupacabra is an escaped entity created in a top-secret U.S. government genetics laboratory experiment gone wrong—essentially a classic conspiracy-laden Frankenstein scenario. Not coincidentally, these two origin stories are identical to those of Sil, a chupacabra-like monster in the film Species."

Ben notes too that in some cases wings have been reported, as have feathers on the backs of the animals. Ben, however, is strongly of the opinion that Species played a major role in the development of the phenomenon. I'm not so sure, primarily because (a) there are cases that predate the 1990s by not just years but by decades; and (b) during the course of my now-eleven trips to Puerto Rico I have had the good fortune to speak to a lot of witnesses to the Chupacabra, and who come across as very credible.  What's important, though, is that whatever your opinion on the undeniably controversial matter of winged-things versus odd-looking coyotes, the Puerto Rican beast is nothing like the one that roams the southwest. And it never has been.