An Alien Shot Dead On A Military Base?

Now and again, I get asked for my views on an extremely controversial UFO case that first surfaced back in 1980. It all revolved around the supposed shooting of an extraterrestrial creature on a military base in New Jersey. The statement was made to the late UFO researcher, Leonard Stringfield, who was a long-time collector of stories of crashed UFOs and dead aliens. It's a story told by the key source, a man that Stringfield gave the pseudonym of "Jeffrey Morse." On September 23, 1980 Stringfield received a communication in the mail from "Morse," who claimed a military background and who had a startling tale to tell. It began as follows:

"In January of 1978, I was stationed at McGuire AFB, N.J. One evening, during the time frame of 0300 hrs. and 0500 hrs., there were a number of UFO sightings in the area over the air field and Ft. Dix MP’s were running code in the direction of Brownsville, N.J. A state trooper then entered Gate #5 at the rear of the base requesting assistance and permission to enter. I was dispatched and the trooper wanted access to the runway area which led to the very back of the air field and connected with a heavily wooded area which is part of the Dix training area. He informed me that a Ft. Dix MP was pursuing a low flying object which then hovered over his car. He described it as oval shaped, with no details, and glowing with a bluish-green color. His radio transmission was cut off. At that time in front of his police car, appeared a thing, about 4 feet tall, grayish, brown, fat head, long arms, and slender body. The MP panicked and fired five rounds from his .45 cal. into the thing, and one round into the object above. The object then fled straight up and joined with eleven others high in the sky. This we all saw but didn’t know the details at the time. Anyway, the thing ran into the woods towards our fenceline and they went to look for it. By this time several patrols were involved.

"We found the body of the thing near the runway. It had apparently climbed the fence and died while running. It was all of a sudden hush-hush and no one was allowed near the area. We roped off the area and AFOSI came out and took over. That was the last I saw of it. There was a bad stench coming from it too. Like ammonia smelling but wasn’t constant [in] the air. That day, a team from Wright-Patterson AFB came in a C141 and went to the area. They crated it in a wooden box, sprayed something over it, and then put it into a bigger metal container. They loaded it in the plane and took off. That was it, nothing more said, no report made and we were all told not to have anything to say about it or we would be court-martialed.

"I will be getting out of the Air Force in about two months. Do not disclose my name as I could get into trouble. I am interested in pursuing this and other matters if you need help. Forgive me for not signing this but I can’t take any chances. Please reply to the above address and my parents will forward it to me or I will be home already. Don’t send it here because they monitor all mail closely and I again don’t want to take any chances." 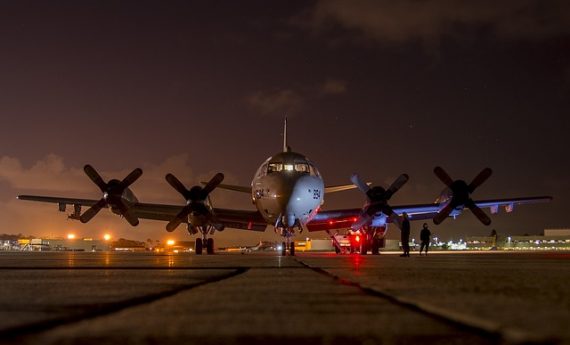 Stringfield dug deep into the story, checking things out for himself and enlisting the help of the late UFO investigator, Richard Hall. Stringfield was able to chat with "Morse" on the phone just a few weeks before Christmas 1983. Hall met with "Morse," in January 1985, in Washington, D.C. Hall told Stringfield shortly afterwards that he, Hall, "...detected nothing in his manner, or story, to cause skepticism." In addition, "Morse" provided a military document (DD Form 1569) that detailed the shooting of the alien. Unfortunately, the document was a photocopy - which made it worthless, since anyone could have concocted it. It would have been far more impressive had it been an original.

There is very little doubt that this case is bogus, even though there is a degree of data suggesting "Morse" really was employed at McGuire AFB. Indeed, he provided a name of one person connected to the base - and allegedly connected to the affair, too - at the time of the alleged incident, and which did prove to be accurate. But, I'm still not impressed.

I refer you to a lengthy report prepared by NIDS, the National Institute of Discovery Science. Its title: "Preliminary Investigation Into The Alleged Shooting Of A Non-Human Entity At Ft. Dix/McGuire Air Force Base On January 18, 1978." The report states (after a great deal of in-depth digging was over): "NIDS’ working hypothesis (which is subject to change based on further emerging evidence) is that the 1978 McGuire AFB incident did not happen. Further, the putative fabrication of the DD form 1569 suggests that the Fort Dix/McGuire incident may be a hoax."