An Update on a Sinister Winged Monster

On July 11, 2013 I wrote an article here at Mysterious Universe titled "Did Mothman Visit the U.K. in 1963?" It dealt with a very strange saga that occurred on the night of November 16, 1963, at Sandling Park, Hythe, England. Basically, the article was focused on the story of four friends who encountered a Mothman-type entity. Particularly interesting, though, is the fact that the encounter occurred three years before the Mothman of Point Pleasant, West Virginia was first reported. In part, the article states:

"John Flaxton, aged 17 on the night that all hell broke loose, was accompanied by three friends, including 18-year old Mervyn Hutchinson. As they walked along a lane running by the park – after returning from a local Friday night dance – the group of friends became aware of a bright object moving overhead, which they at first took to be nothing stranger than a star. How wrong they were..."

The article continues: "Suddenly, the boys heard the snapping of twigs from a nearby thicket, and out from the wooded area shuffled a creature of horrendous appearance. 'It was the size of a human,' reported Mervyn Hutchinson. 'But it didn’t seem to have any head. There were wings on its back, like bat wings.' The group fled, perhaps understandably not wanting to hang around and see what developed next."

A few other aspects aside (which you can find in the article), that's basically the story. Or, so I thought. But, it seems now that this is not the case, after all. Thanks to the excellent research of Allison Jornlin (who I interviewed for my book, The Slenderman Mysteries), there is more to report. At the time of the 1963 encounter, the story was briefly covered by the local press (it even made it into the pages of John Keel's 1975 book, The Mothman Prophecies). Allison, however, has uncovered a newspaper clipping that I had not seen before and which adds new material to the story. Interestingly, the material was not contained in a local newspaper, but in the pages of an Australian one: the Sydney Morning Herald, of December 1, 1963.

The article is titled "Ghost haunts lovers' lane." Interestingly, sightings of strange creatures at "Lovers Lanes" absolutely abound (as you can see from the link). Goat-Men, Bigfoot, Mothman, and MIB have all been seen at such locations. Interestingly, the article in the Sydney Morning Herald states that with regard to the sighting at Sandling park on November 16, "A local rector is tracking down a reported black magic circle that has been blamed for the 'terror.'" Of course, the "terror" was the Mothman-type beast. As for the rector, his official title was the Reverend E. Stanton, of Saltwood.

The media recorded: "The ghost is said to be of William Tournay Tournay [yes, there should be two "Tournays"], a rich, eccentric landowner who was buried 60 years ago on an island in the middle of a lake at Saltwood, near Hythe village, in Kent." You can find more about him at this link.

The talkative reverend had more to say: "Several young people in the village have come to see me saying they have seen the ghost. There are rumors that a black magic circle meets in a secret hideout in the village and that they are responsible. I have no proof yet that they are working in Saltwood, but I'm determined to get to to the bottom of this business because it's disrupting village life." 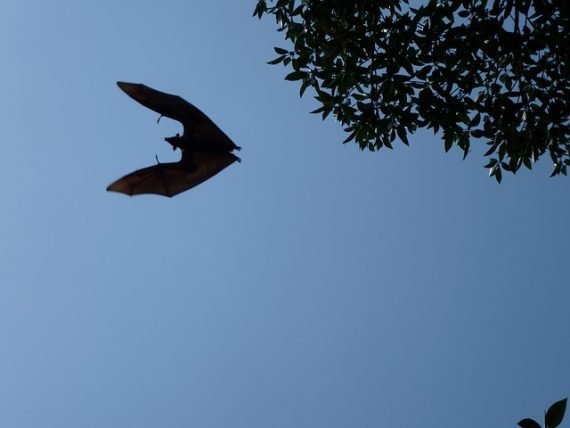 So, what we have with the  revelations found by Allison Jornlin is a story that originally revolved around a strange light in the sky and the sighting of a Mothman-type entity. Now, however, it becomes something more. Namely, a tale involving the ghost of a man (returned in animal form, one assumes) and the actions of a group somewhere nearby that was engaged in "black magic."

Allison is still digging deep into all of this, and she would no doubt be interested to hear of anything else on this intriguing saga, which now dates back more than half a century.

Spaceships on the Moon: Lunar Anomalies, the Phobos Monolith, and Pareidolia