Cosmologist Claims Aliens May Be Hoarding Stars for Power

“We also discuss the observable signatures of a civilization elsewhere in the universe that is currently in this state of stellar harvesting.”

Stellar harvesting! If this were a movie, the opening would show a scientist played by Jeff Goldblum peering into a telescope, then looking up, rubbing his eyes, peering in again, then looking up again with a suitably concerned face, turning to a scientist played by Jodie Foster and saying, “You need to take a look at this!” In the real-life version, “this” is a Dyson sphere – one of those alien-built megastructures imagined to be large enough to surround a star and harvest its energy – except “this” is actually “these” … and it may not be your imagination.

Theoretical astrophysicist Dan Hooper from the Fermi National Accelerator Laboratory has written a new study entitled “Life Versus Dark Energy: How An Advanced Civilization Could Resist the Accelerating Expansion of the Universe” in which he lays out the scenario of how and why …

“… a sufficiently advanced civilization would chose to expand rapidly outward, build Dyson Spheres or similar structures around encountered stars, and use the energy that is harnessed to accelerate those stars away from the approaching horizon and toward the center of the civilization.” 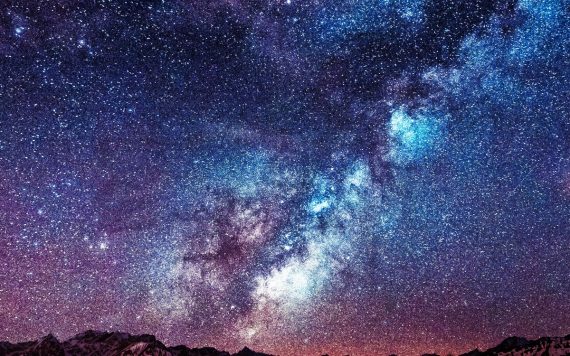 “A sufficiently advanced civilization” – well, Hopper isn’t talking about us. But … is he talking about a civilization that already exists and is collecting star power to navigate the galaxies, potentially conquer the universe and possibly save themselves? The “saving” part is what he focuses on in the paper. Hooper points out that the universe is expanding and that growth is accelerating, which means civilizations, us included, will start seeing stars disappear over the horizon of the universe (a great name for a progressive rock album) like ships on the ocean.

Hopper sees this as a big problem and he sees Dyson spheres as the energy harvesting tool of choice for advanced civilizations. It makes sense. We have to wait a whole eight minutes for solar energy to reach Earth. Just think how much power we’d have with a Dyson sphere around the Sun? Sure, it would block the light (see Tabby’s star) but it would provide power for plenty of lamps, not to mention ships to find more stars to suck the energy out of.

If this is already happening, Hopper says we would know it because there would be unexplained holes in the sky where there should be stars. Or stars inexplicably moving across the sky because they’re being propelled by their Dyson sphere spaceship to the star of the advanced civilization. The fact that we haven’t seen any yet doesn’t necessarily mean they don’t exist. The process may just be too complex for our less-advanced civilization to detect.

Yes, this is very sci-fi. Or is it? Anyone? Bueller? Tabby?