Curious Colossal Cat-Like Creatures Continue to Be Caught on Camera

What exactly is going on with all of these sightings of anomalous or ‘alien’ big cats lately? Whatever the case is, all manners of large feline creatures, some of which were thought to be extinct, are appearing worldwide much to the confusion of zoologists.

The latest cases of unidentified large feline creatures caught on camera come out of India and Australia. In the Blue Mountains of Australia west of Sydney, a large panther-like cat described as being five times the size of a feral cat was spotted by resident Steven Muiser. Muiser captured a video of the anomalous animal which is cirrently making its rounds on Australian news sites and programs. Muiser says that even though the animal in the footage was far in the distance, he’s sure of what he saw:

We see feral cats all the time. We could film them all day long. That was definitely not a feral cat. It was as wide as the bonnet of my ute.

For all you non-Australians, he’s referring to the hood of his SUV. Muiser’s account comes on the heels of a similar sighting last month in the same area. There is a long history of anecdotal accounts of black panthers living in the Blue Mountains, but local ecologists still aren’t convinced. 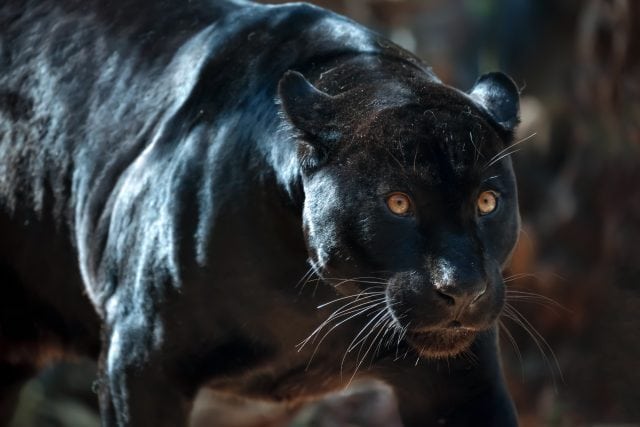 Meanwhile, in the city of Cuttack in eastern India, a similarly large and mysterious feline creature was recently filmed prowling rooftops, causing a panic among residents who fear their livestock might be at risk. Cuttack resident Sumit Ram told local news outlet Odisha Television that whatever the animal is, it has so far eluded capture and subsequent identification:

We have never seen such an animal as it is just a big cat with a long tail. We first spotted it near our locality on June 8 and though we tried to capture the animal, it escaped into a bushy area in the darkness.

Meanwhile in American state of Minnesota, a 5-year-old boy was horrifically maimed this week when he attempted to pick up what he described as a "kitty" which he says was black with yellow eyes. The mystery animal left his face with several wide lacerations which animal control officials say are too far apart to belong to a normal cat. Local wildlife experts are still unable to identify what the animal may have been.

Reports of similar anomalous cat creatures date back decades or maybe even centuries, but seem to be increasing lately. Is climate change or the unstoppable march of human development forcing formerly reclusive creatures out into the open? Or could it be that the growing ubiquity of cameras is merely revealing evidence of animals which have been right under our noses this whole time?

An Update on a Sinister Winged Monster