A couple of weeks ago, I recorded HBO Films' new television version of Ray Bradbury's classic 1953 novel, Fahrenheit 451. It was not until last night, however, that I finally got around to watching it. And, I'm glad I did, as it made for absorbing viewing. But, before I get to the matter of the TV movie, a bit of background data is required on this particularly chilling story. Bradbury's book is a grim one, indeed. Its title comes from the fact that Fahrenheit 451 is the temperature at which paper burns. And why is that so relevant to the story? Well, in case you don't already know, I'll tell you.

The world of Fahrenheit 451 is acutely different to the one that we live in today. It's very much dystopian in nature (although we are getting there...). The population is kept in check with an iron-fist. And, almost all books are banned. But, they are not just banned. They are burned too. As to who, exactly, undertakes the burning, it's the nation's firemen. The firemen of the future are very different to those of today. Their job is to seek out books and torch them. Hence the title of Bradbury's novel. All of which brings us to the matter of the new movie version.

I read Fahrenheit 451 when I was at school and it most definitely left an impact on me. As did the movie. Running at just under two-hours, it stars Michael B. Jordan as a fireman  - Guy Montag - who comes to realize that there is something wrong with the world and society. Something very wrong. His senior officer is Captain John Beatty (played by Michael Shannon), a man who goes about his business of burning in definitive "just following orders" fashion. As does Montag, for a while.

As is the case with Bradbury's novel, we are not specifically told when the movie is set; although it's clearly more than a few decades from now - and after the United States has been ravaged by two civil wars, which led to the deaths of millions of Americans. Surveillance of the population is never-ending. Drones surf the skies in routine fashion. School-kids are taught that (a) books are dangerous, (b) that - several books aside - they should be avoided at all costs, and (c) that nothing good can come from reading a book. On top of that, much of the population is medicated with mood-altering drugs, which screw with their memories to significant degrees. Plus, most of the movie is set at night, which adds to the bleak atmosphere.

In one of those "It would be funny if it wasn't so disturbing" situations, it's the norm for everyone to have their equivalent of Amazon's Echo in their homes. Alexa of the future, however, is far more like Hal 9000 from Stanley Kubrick's 2001: A Space Odyssey. "Her" name is Yuxie. Highly advanced Artificial Intelligence of just about the worst kind possible, Yuxie is a dangerous spy in the home who clearly cannot be trusted. Montag learns this, to his cost, as he becomes more and more disillusioned by the endless burning of books and the harsh treatment that those who dare to still read books (who are known as "Eels") are given.

In one particularly chilling part of the movie, Captain Beatty tells Montag that by the time he has grandchildren, the kids of that era won't even have any concept of what a book was. We also learn that of the approximately 6,000 languages that once existed, only 60 now remain. The clear implication is that, one day, there will be just one worldwide language, which would, of course, be grim and tragic in the extreme (the jack-booted elements of today's society would probably not have a problem with it, though, but I digress). Diverse cultures, independent nations, and history will all soon be gone. Or, will they? 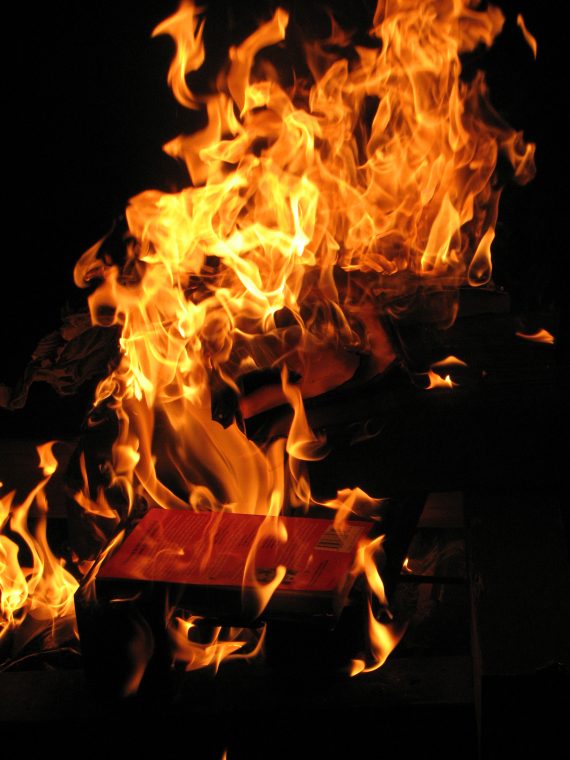 I won't spoil things by telling you the outcome of the story (which, in many respects, is quite different to the plot of Ray Bradbury's novel). I will say, though, it was good to see a movie that doesn't have an ambiguous ending and does not leave the viewer to try and figure out what happened. Or what might have happened. As we see Beatty and Montag in a final, fatal confrontation, we also get to see the future. And it's a positive one.

Fahrenheit 451 is, of course, just fiction. But, watching the movie, and comparing it to the ways and means by which widespread surveillance is becoming the norm - and how the erosion of privacy is growing - it's hard not to think deeply on what the world might be like fifty or more years from now.