Fantasy and Sci-Fi Writer Harlan Ellison Has Died at 84

"Saul Bellow, Philip Roth, Norman Mailer stand aside. Harlan Ellison is now a better short story writer than you will ever be again during the rest of your lives."

That is how fellow writer Ray Bradbury introduced Harlan Ellison to the literary world, and it’s fair to say that Ellison lived up to that description and more. His writings successfully spanned four decades and he was part of some of the greatest and most beloved science fiction television shows. He was also a writer whose opinions were as quoted as his short stories. Harlan Ellison passed away this week at the age of 84.

Born in Northeast Ohio town of Painesville near Cleveland, Harlan Ellison often talked about his early life physically defending himself because he was a member of the only Jewish family in town. After a short time in college and a stint in the Army, Ellison began writing for pulp science fiction magazines before moving to Hollywood in 1962. From that point, his list of credits reads like a one-man Who’s Who’s of 1960s television.

“This is a town of amateurs.... You have to separate these people and their complaints from the professionals who really work at writing and have viable ideas.” 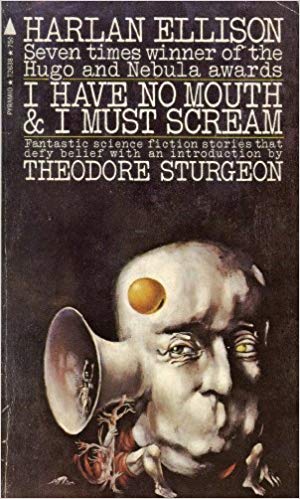 Ellison’s “viable ideas” showed up as scripts for “Route 66,” “Burke’s Law,” “Voyage to the Bottom of the Sea,” “The Alfred Hitchcock Hour,” “The Man From U.N.C.L.E” and “The Flying Nun” – not surprising when you consider that Ellison was known for his sense of humor. However, his fame came from early sci-fi shows and his contributions were classics. He wrote "Demon With a Glass Hand" and "Soldier" for "The Outer Limits" and, for the original "Star Trek," "City on the Edge of Forever" – where Kirk and Spock travel back in time and Kirk must witness the tragic end of his love interest, played by Joan Collins. His novella inspired the 1975 cult sci-fi film “A Boy and His Dog” and the post-apocalyptic video game Fallout. Ellison stayed popular and prolific in the 1980s, working as a writer and consultant on the revival of “The Twilight Zone” and as a creative consultant and writer on “Babylon 5.”

"My work is foursquare for chaos. I spend my life personally, and my work professionally, keeping the soup boiling . . . I see myself as a combination of Zorro and Jiminy Cricket. My stories go out from here and raise hell."

Those hell-raising stories earned Harlan Ellison nine Hugo awards, three Nebulas, six Bram Stoker awards, two Edgars from the Mystery Writers of America and the Silver Pen for Journalism awarded by the PEN International writers association. Among the most famous are “Repent, Harlequin!' Said the Ticktockman" (about civil disobedience against repressive authority), "I Have No Mouth, and I Must Scream" (five humans are tormented by an all-knowing computer throughout eternity) and "A Boy and His Dog" (friendship and love in a violent, post-apocalyptic world). Ellison also helped other writers, editing the iconic sci-fi anthologies “Dangerous Visions” and “Again Dangerous Visions.”

“I do it because I think particularly in this country people are so distanced from literature, the way it’s taught in schools, that they think that people who write are magicians on a mountaintop somewhere. And I think that’s one of the reasons why there’s so much illiteracy in this country. So by doing it in public, I show people it’s a job … like being a plumber or an electrician.” 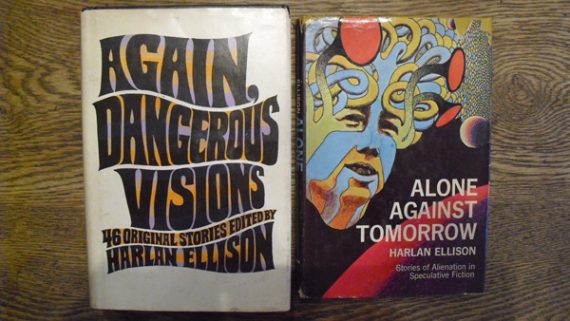 Ellison gained notoriety by holding all-day writing demonstrations in book store windows where he would take suggestions and write complete stories in public, some of which became published award winners. In addition to taking on the powers that be in his writings, he also met them in court over copyrights and money.

This is far from a complete tribute to writer Harlan Ellison. Read all of them, then read as many of his works as you can find, then watch the television episodes he scripted. Only then will you begin to appreciate why so many wish he could have been with us for another 84 years.